Comment: The pandemic has exposed the vulnerability of airlines to disruption, forcing a reboot of the sector. This is what a green recovery for aviation would look like 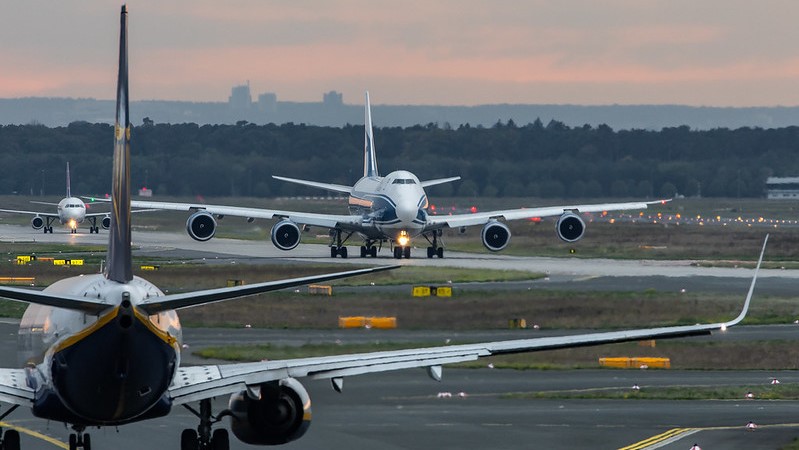 The Covid-19 crisis has shown that governments, with few exceptions, will always intervene to rescue their airlines. (Photo: Kevin Hackert/Flickr)

It’s a horrible time to be in the airline business.

The coronavirus pandemic has taught us new lessons about the vulnerability of airlines to disruption. A 70% reduction in scheduled flights year over year has led most of the world’s airlines to the brink of solvency virtually overnight.

Now, governments are mobilising to bail them out.

The US coronavirus relief act (Cares Act) directed $50 billion to keep US carriers afloat through September 2020. France recently announced a €7 billion bailout of Air France with some environmental conditions, including that the airline cut its carbon intensity by 10% from today’s levels in 2030, halve CO2 emissions from flights within mainland France, and use at least 2% of alternative jet fuel by 2025.

And civil society is mobilising to track the bailouts.

The Covid-19 pandemic, with more than 3.5 million tracked infections and a quarter of a million deaths worldwide, has not only had a terrible impact on public health and hammered the global economy. It has also highlighted that governments, with few exceptions, will always intervene to rescue their airlines.

If that is going to be the case, let’s ensure the bailouts can help airlines reboot toward sustainability, rather than return to a past at odds with our climate responsibilities.

Let’s consider each of these in turn.

The traffic boom of the past decade, combined with the sudden evaporation of demand under Covid-19, leaves behind extra aircraft that will not be used for the foreseeable future.  Some of those are already being retired today, others will need a push to the scrap heap. A fuel efficiency standard for in-service aircraft or scrappage incentives could help take up the slack.

In their place, we’ll need to jumpstart large new investments to mature, develop, and deploy low and zero carbon aircraft and fuels. That calls for an Apollo-style programme for advanced aircraft and engines, truly sustainable biofuels, and synthetic jet fuels generated from renewable electricity.

Ambitious new programmes are needed to mature alternatives to conventional “wing and tube” aircraft as well as hybrid, electric, and hydrogen powered aircraft. Support should also go to “drop in” alternative fuels generated from wastes, cellulosic feedstocks, and renewable electricity. These fuels should provide at least a 70% lifecycle reduction in greenhouse gas emissions compared to conventional jet.

Governments can lead but can’t shoulder all of the expense – we’ll need durable, industry funded mechanisms for continued investments. Those could come from a fuel levy, emissions trading, or carbon tax on airlines with revenue earmarked for research and development (R&D).

Another approach attracting attention in the UK in particular is for a frequent flyer levy, as championed by A Free Ride campaign . This could generate funds for R&D from the most frequent fliers, and also provide public health benefits by curbing excessive, high frequency flights that increase the risk of global pandemics.

Airlines have already agreed to offset most growth in international CO2 from 2020. This could be expanded to include domestic aviation and to transition away from offsets, which are incompatible with long-term decarbonisation.

No silver lining to coronavirus, but a golden opportunity

Finally, we need to empower consumers to reward more sustainable carriers by addressing a persistent lack of transparency in airline emissions.

Consumers should be able to vote with their money to support lower emitting airlines. Most people aren’t aware that the carbon intensity of flights linking the same city-city pair can vary by more than 80%. Mandatory reporting of emissions by flight would help environmentally conscious consumers choose more fuel-efficient flights while providing needed market pull for the technologies discussed above.

Success is by no means guaranteed, and a rush to define terms can lead to unintended consequences. For example, under the US Cares Act, airlines are operating large numbers of “ghost flights” in part due to requirements that they maintain minimum air service levels to underserviced airports.

There will also be a strong headwind to investments in new aircraft and clean fuels now that fossil jet fuel prices have fallen by two thirds since February. But, like it or not, Covid-19 is forcing a reboot of the aviation industry. Let’s make it a lasting one that works for the planet as well.

Dan Rutherford is the aviation director at the International Council on Clean Transportation.