Comment: A Democratic president could be a game changer for the international fight against climate change, beyond rejoining the Paris Agreement 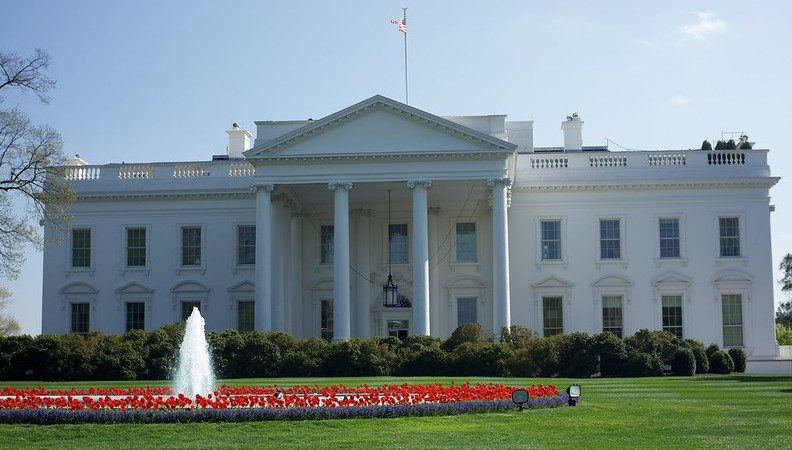 By Thom Woodroofe and Brendan Guy

The postponement of the Cop26 climate summit due to the Covid-19 pandemic means the United States presidential election takes on newfound significance in the international fight against climate change.

The November election comes at a critical juncture in the world’s efforts to accelerate climate action, five years on from the adoption of the Paris Agreement.

It will determine whether the United States has the potential to either be a catalytic force for that effort or a stronger spoiler going forward – even beyond President Donald Trump’s decision to withdraw from the Agreement.

The presidential primary race has already been historic even as former Vice President Joe Biden becomes the presumptive Democratic nominee.

For the first time, every major candidate published a detailed climate plan.

Polls have also consistently shown the fight against climate change is a priority for Democratic primary voters. And that climate change will likely be an important factor come November, even with the ongoing efforts to tackle another global challenge in Covid-19.

And while President Trump has expanded offshore drilling and overseas financing of fossil fuel projects in recent years, Biden has outlined an ambitious and far reaching international climate agenda that goes beyond simply returning the US to the Paris Agreement.

For example, Biden has said he would also put the economy on track to reach net zero emissions no later than 2050, implement carbon border fees or quotas on carbon-intensive goods, recommit investments through the Green Climate Fund, phase out fossil fuel subsidies globally, accelerate emissions reductions in key sectors such as aviation and shipping, and also make climate change a core national security priority.

Perhaps most significantly, most of the Democratic presidential field also spoke strongly about the need to use trade policy as a lever for climate action in a way no administration has done before.

For example, a potential Biden administration could clearly signal its intention to embed the Paris Agreement or elements of it into pending trade deals with Japan, the European Union, and the United Kingdom.

Likewise, the US’ ability to recapture a degree of cooperation with China – despite other differences with the world’s largest emitter – will be key, building on the previous joint agreements forged between Presidents Xi Jinping and Barack Obama.

This will be even more difficult given the recent trade conflict and self-inflicted turbulence in dealing with Covid-19. But identifying mutually beneficial areas for cooperation such as on climate action will be critical, as opposed to all-out economic and geopolitical confrontation.

For example, the total investment opportunity for renewable energy projects in countries that are part of China’s Belt and Road Initiative run into the hundreds of billions of dollars.

Seeking to capitalise on these opportunities, in addition to holding China accountable to higher environmental standards in these projects – as has been the focus on the campaign trail – is likely to prove an effective approach.

However, with the Cop26 talks due in Glasgow in November now delayed until 2021, there is now an even greater opportunity for a potential Biden administration to make a mark in the international fight against climate change.

In the lead-up to Cop26, every nation in the world is being asked to increase the ambition of its emissions reduction efforts through the Paris Agreement’s “ratchet mechanism” that requires countries to come back to the table every five years with stronger national targets. To date, only a handful of countries have done so – mostly small emitters.

Even in a best case scenario, it is a tall ask to make a sizeable dent on the current emissions gap from the 3.2C increase in average temperature the world is on track for by the end of the century, and the 1.5C limit the science says is required to avoid the worst impacts of climate change.

But a potential Biden administration – with its inevitable commitment to bring a more ambitious 2030 national target on behalf of the United States – has the potential to unlock similar efforts by other major emitters, including China, India, Japan, and Australia.

This is partly why it is also important a potential Biden administration does not rush to table a new 2030 national target at the same time they rejoin the Paris Agreement, but instead seeks to leverage it for maximum impact diplomatically.

One important opportunity to do this would be through Biden’s idea to convene a world leaders’ summit on climate change early in his administration.

With a delayed Cop26, such a summit takes on profound significance in a way that is not yet fully appreciated by the international community, especially if it can set the foundation for enhanced ambition specifically from major emitters.

Ultimately, the extent that climate change is prioritised and integrated into – rather than traded off against – other pressing issues will define the true impact any new administration can make in addressing the challenge.

This will especially be the case as they grapple with the extraordinary human and economic impacts of Covid-19, and constraints from Congress and the courts.

But one thing that is already abundantly clear is that a Democratic president has the potential to be a game changer for the international fight against climate change.

Thom Woodroofe is the Senior Advisor on Multilateral Affairs to the President of the Asia Society Policy Institute and is a former climate diplomat.

Brendan Guy is the Manager of International Policy at the Natural Resources Defense Council.

They are the co-authors of an issue paper titled ‘Climate Diplomacy under a New U.S. Administration’ published by the Asia Society Policy Institute.