Comment: With impacts spreading, declarations of climate emergency are worthless unless those making them help the afflicted 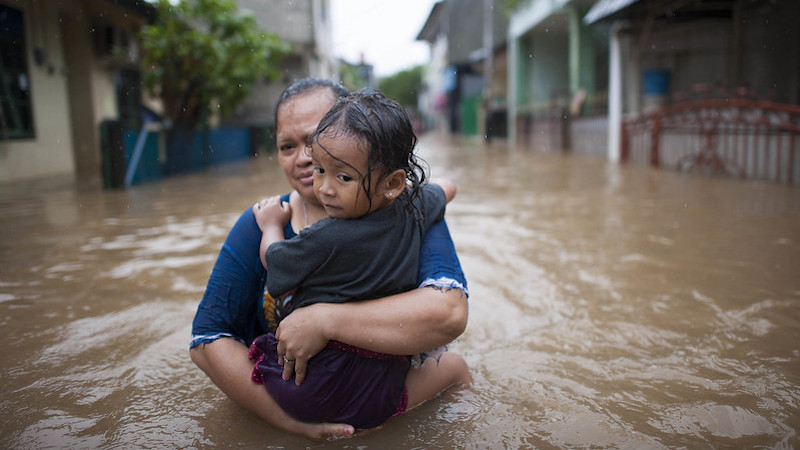 This year’s annual climate talks faces a very important decision that will be a reflection on whether the UN climate process is still fit for purpose.

The agenda item for this decision is a review of the Warsaw International Mechanism (Wim) on Loss and Damage, which sounds quite mundane but is of immense importance to the reality of how we agree to tackle climate change from now on.

Let me explain why.

As many people will now be aware, thanks to the initiative of the Swedish teenager Greta Thunberg, we are now transitioning from anticipating a climate-changed world to actually living in a climate emergency world.

The year 2019 will in hindsight be seen as the tipping point. We can now clearly observe adverse impacts of climate change attributable to the fact that the global atmospheric temperature has risen more than 1C due to emissions of greenhouse gases.

Many cities, parliaments and others have declared that we are now in a climate emergency, most recently the European parliament.

The part of the UN climate process where these declarations of climate emergency is most relevant is the topic of loss and damage from human-induced climate change. We already see examples of loss and damage in climate disasters around the world: just in the last month lives and homes have been destroyed in fires in Australia, king tides in the Marshall Islands and floods in Venice.

At Cop19, held in 2013 in Warsaw, Poland, all countries agreed to set up the Wim to address these losses. An executive committee was established and a five year workplan.

It is this Wim which will be reviewed at Cop25 and further decisions made on what to do next.

The developing countries, led by the four sub-groups of most vulnerable countries – namely the Least Developed Countries (LDC) Group, the Africa Group of Negotiators (AGN), the Alliance of Small Island States (AOSIS) and the Latin American group (AILAC) – have been arguing for some time for setting up funding for compensation for the victims of climate change. But developed countries have confined discussions to insurance saying it is the only mechanism they will consider.

Cop25, at the end of 2019, the year of the climate emergency, is the time for developed countries to drop their unwillingness to allow the words like liability and compensation to be used in the negotiations.

The recent declaration of the climate emergency by the European Parliament amounts to acceptance that loss and damage from climate change is now clearly happening. This requires that their negotiators at Cop25 acknowledge the implications for vulnerable countries that bear little responsibility for climate change.

If they fail to support the vulnerable countries’ demand for funding for loss and damage to compensate the victims of climate change then that declaration will be worthless.

The author is director of the International Centre for Climate Change and Development at the Independent University Bangladesh.