What is the real cost of cheap Russian gas?

Comment: Few people in the West think about the ethics of buying fossil fuels from Vladimir Putin’s Russia 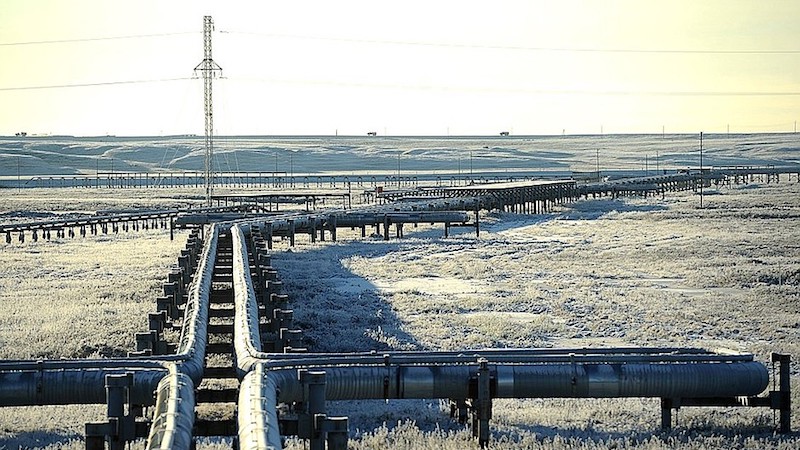 Are Europeans really aware of where their cheap Russian gas comes from? Let’s start with the place where the gas is extracted: in the Yamal Peninsula.

This is where the gas from the Nord Stream 2 pipeline will be produced. Yamal did not originally belong to Russia. The Russian Empire began the colonisation of Yamal in the 16th century.

The Russian empire was mainly interested in profiteering from the region’s fur, which it sold to Europe. One third of the Russian state’s public treasury derived from the fur trade with the West. Before that could happen, land was seized. The indigenous peoples of Yamal resisted colonisation and, in response, the colonialists brutally killed them.

The Soviets separated indigenous peoples from their children and reindeers by force. Indigenous peoples have organised the Mandalada, a movement to safeguard their traditional way of life. After fierce resistance, Mandalada participants were arrested.

The discovery of oil and gas deposits in the Yamal Peninsula, which promised the region prosperity, did not improve, but rather worsened the situation. Gazprom continues to seize the lands of the indigenous peoples of Yamal in an attempt to extract even more gas. As a result, the local population is left without grazing [land] for its reindeer. For the indigenous peoples of Yamal, little has changed since the 16th century: the empire took furs from them and sold them to the West. Now the empire is taking oil and gas from them and selling it to the West. The lion’s share of tax revenue from the sale of fossil fuels does not remain in the Yamal region, but is sent to Moscow.

One of the serious climatic problems in Yamal is gas flaring. It is barbaric and wasteful. Due to procedural imperfections, the gas is simply burned and released into the atmosphere, increasing greenhouse gas emissions. According to the World Bank, Russia is the world’s biggest gas flare emitter. In 2018, Russia accounted for nearly 21.3% of global gas flaring.

In the Yamal Peninsula, there are about 1,500 such flares. Gazprom systematically pollutes the atmosphere with greenhouse gases. In 2015, the local prosecutor’s office in Yamal increased methane emissions six-fold and carbon black emissions 37-fold.

The Russian authorities are not fighting Gazprom’s environmental crimes. The fines and warnings that Yamal prosecutors impose on Gazprom don’t have any impact on the company’s behaviour.

Indigenous Finno-Ugric peoples saw their rights violated during the construction of Nord Stream 2. The gas pipeline destroyed the native Finno-Ugric lands and the Kurgalsky reserve, which is home to rare plants, mosses and bird species.

Nord Stream 2 AG, the company behind the project, has hidden the true value of the Kurgalsky reserve. The real consequences of the construction of the gas pipeline on this nature reserve were never mentioned, be it during the public hearings on the project in Russia and other countries, or in the company’s Espoo report.

Greenpeace Austria has obtained secret minutes of meetings between the Russian government, Nord Stream 2 AG and Gazprom, during which they discussed changes to environmental legislation.

Surveys began illegally, without any permits, on the Kurgalsky reserve. As a result of this intrusion into a unique ecosystem, hundreds of rare plants have been destroyed.

The fight for the world’s largest forest

Double standards are rife when it comes to carving out the routes of the gas pipeline in Germany and Russia.  In Germany, where the value of the coastal territory is lower than that of the Kurgalsky reserve, Nord Stream 2 AG considers that it is possible to use a micro-tunneling construction method. In Russia, under similar conditions and with the incomparably higher value of the Kurgalsky Reserve, the “traditional method of construction with a 85m wide open trench” has been adopted. This method has a negative impact on the ecosystem of the Kurgalsky Reserve.

Nord Stream 2 violates Russian rights. The truth is that after selling Russian gas to the West, there are not enough to meet the needs of the Russian people. Gas programmes have been reduced: 30% of Russians live in gas-free houses.

The Russian authorities fix this internal energy supply problem in the most environmentally damaging way possible: they use coal instead of gas. The operation of coal-fired power plants, which are not equipped with modern filters, leads to real environmental catastrophes. For example, in Krasnoyarsk, residents often witness the “black sky” effect caused by finely fragmented coal dust.

Thanks to the Nord Stream 2 project, Europeans will receive less polluting gas. While the Russians will choke on coal dust, the indigenous peoples of Yamal will continue to suffer from gas combustion by Gazprom and will be deprived of the best pastures, and the unique Kurgalsky reserve will suffer severely. With the proceeds from the sale of fossil fuels, Putin’s regime is able to achieve its archaic political ambitions, carry out political repression, seize the territories of neighbouring states, bribe Western politicians and produce propaganda. Obviously, without the demand for Russian gas, Putin’s plan would simply not work.

Are Europeans okay with this reality and with the price of “cheap” Russian gas?

Yevgeniya Chirikova is a Russian environmental activist who received the Goldman Prize for the Environment in 2012 for her fight to preserve the Khimki forest from the Moscow-St. Petersburg motorway.