Australia admits it is on its own using cringe carbon loophole

Comment: Governments need to agree the rules over how to use carbon markets to cut emissions, but they shouldn’t take their eyes off Australia’s brash side hustle 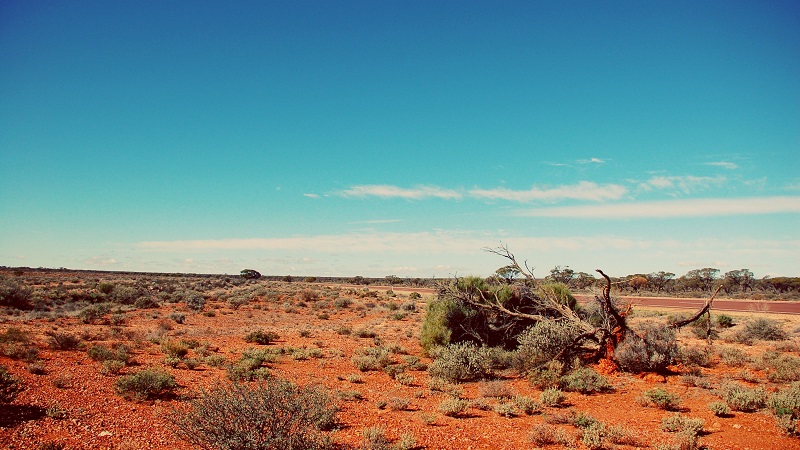 As the saying goes, what you accumulate in one life, you can’t carry with you into the next. Australia’s government seems to see it differently.

Australia’s current climate plan under the Paris Agreement is far too weak and Australia is way off track from meeting it. On top of this, the Australian government is planning to use an accounting trick to do even less, even though it knows no other country is brazen enough to try.

Having secured excess carbon credit units under the old Kyoto Protocol, the emission reduction mechanism anterior to the Paris deal, Australia plans to use these credits to make up over half the abatement required to meet its 2030 climate target.

In a parliamentary hearing this week the Australian government department of environment and energy confirmed it was not aware of any other country that was trying to use surplus Kyoto units to meet Paris Agreement commitments.

As a former Australian government negotiator, I could only cringe as I watched a former colleague defend the policy. I do not envy the task of Australian negotiators at the next UN climate talks, Cop25, who must convince every other country that they alone are “entitled” to their surplus Kyoto units.

The rules over whether governments are allowed to use old credits to cut their emissions under the Paris accord are still in contention. But Australia knows it is isolated on Kyoto carryover. This could become painfully obvious in the negotiations.

It reminds me of my Maltese grandma trying to use a two-for-one coffee voucher that expired the year before. She knew it was unlikely to work, as did the waiter and everyone else in the café. I guess she thought it worth the gamble.

Australia’s gamble is 367 megatonnes of carbon units accrued under the Kyoto Protocol. If Australia gets to use these credits to meet its 2030 climate target, it will cut the country’s emissions reduction efforts in half, ultimately leaving Australia’s emissions at about the same as today’s levels.

If countries close this loophole at Cop25, Australia will have to make good with new policy or purchased units. The Australia Institute’s research finds even with modest assumptions it could cost the Australian government over AU$18 billion ($12.4bn) to cover the gap. If Australian emissions continue to rise, as they have been for the last five years, the gap will be even greater. 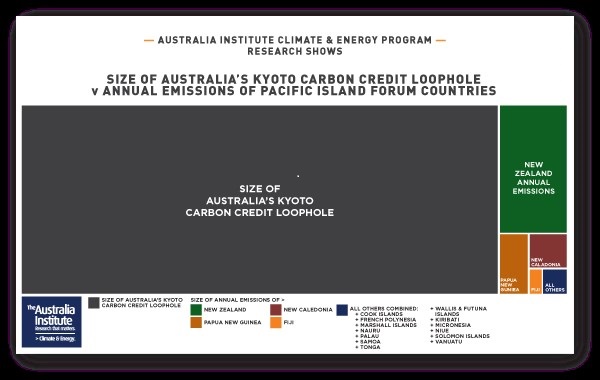 Australia’s claim to “over achievement” is shameless. Australia’s per capita emissions are highest in the Organisation for Economic Co-operation and Development (OECD), a group of rich and developed countries. Australia has higher emissions than forty other countries with larger populations. Australia is also the third largest exporter of fossil fuel emissions in the world, after Russia and Saudi Arabia.

And let’s recall how Australia came to possess these credits. In the final hours of the Kyoto talks in 1997, Australia stood in the plenary, alone in defiance against consensus, until it got what it wanted. Australia was given a generous baseline, like starting a race halfway, and a generous target that allowed it to increase its emissions to 108% on 1990 levels by 2012.

When the time came to negotiate a second commitment period under the Kyoto Protocol, Australia’s target was a reduction of half a point.

With such weak targets, no wonder Australia “overachieved”. Now, the government wants to use the credits to, again, weaken its efforts under the new Paris Agreement. It’s like receiving extra credits for your finger-painting work in kindergarten and then trying to use the credits in high school to get away with doing half as much course work.

Australia’s extra credits are equivalent to eight times the annual fossil fuel emissions of every Pacific island country put together, including New Zealand. Understandably, many Pacific island countries called on all countries to refrain from using Kyoto credits to meet their Paris commitments. At Cop24, New Zealand ruled out using its own Kyoto surplus with climate change minister James Shaw stating it would not be in the “spirit of the Paris Agreement”.

Australia, like all other countries at Cop21 in Paris, agreed to “promote the voluntary cancellation” of “units issues under the Kyoto Protocol”.

And many countries responded. The UK, Germany, Sweden, Denmark and the Netherlands declared they would cancel their first commitment period Kyoto units and seek to avoid using second period units.

Countries concerned about the integrity of the Paris Agreement will be rightly focused on how upcoming negotiations on carbon markets deal with the issue of double counting. However, they shouldn’t take their eyes off Australia’s side-hustle.

Australia has made clear it is willing to go with it alone, just like at Kyoto. Will it work, again?

Richie Merzian is the climate and energy programme director at The Australia Institute.