UN climate talks must include cities, businesses or risk irrelevance

Comment: Cities, regional governments, businesses and investors have written to the next UN climate presidency calling for their place at the table to be renewed 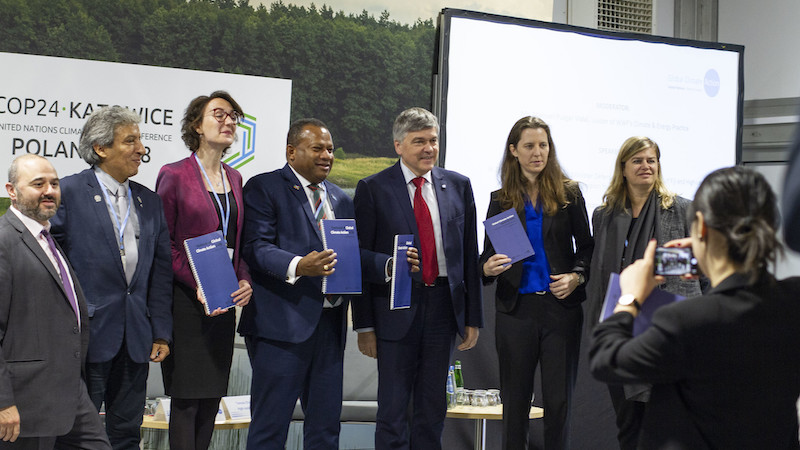 Since the first UN Climate Summit in 2014, the “groundswell” of climate action from cities, business, and other actors has reached massive scale. The UN estimates that one in five people live in cities or regions taking climate action, and that the thousands of companies taking action have a combined annual revenue totalling over 40% of GDP.

According to a report issued last month, these kinds of actions, if they continue to expand, have the potential to reduce emissions by one-third in 2030.

Now the role of these actors in the UN climate process is up for renewal.

They also noted that one legacy from Santiago could be to secure a future role for so-called “climate action stakeholders” in the UN climate process after 2020, when current arrangements expire.

A renewed and refined mandate for climate action from cities, regions, business, and other actors at COP25 would come at a critical juncture. The UN process is beginning to swing from negotiation to implementation. Effectively channelling the ambition, innovation, and achievements of cities, regions, and business could provide a powerful boost for the five-year cycles of implementation and ambition under the Paris Agreement.

Failing to do so could risk distancing the international process from the very actors delivering progress toward the Paris goals on the ground.

Global climate action from cities, regions, and business is no longer just parallel to the UN process, but part of it. At Cop21, countries officially called on all actors to work toward the goals of the Paris Agreement and created the position of high-level climate champion to catalyse further action.

Countries also mandated space at Cops for countries and the awkwardly described “non-party stakeholders” to give updates on their commitments and to share solutions with national governments. UN Climate Change’s Climate Action Portal tracks these activities, which are catalogued in an annual Yearbook of Climate Action. [Full disclosure: I have been involved as an analyst and convenor in these processes, but do not derive any financial benefit from them.]

Around Paris, action from cities, regions, business, and others helped give countries the confidence to sign up to the Paris Agreement. Going forward, the shift to implementation suggests a different role for these actors, focused on delivering the targets they have set while also helping national governments leverage these actions to (over)achieve their Paris pledges.

While some technical discussions have taken place this year on what a climate action “space” in the UN Framework Convention on Climate Change (UNFCCC) could look like post 2020, broader consultations will be needed to develop a workable plan before current arrangements expire next year. That will need a mandate from Cop25 in Santiago in December.

The good news is that, unlike in advance of Paris, no countries have yet expressed opposition to a role for cities, regions, and businesses in the UNFCCC process after 2020. While a number of have emphasised the primacy of national governments in the intergovernmental process, climate action by cities, regions, and business is now seen as a “normal” part of the global response to climate change.

Still, without an extended mandate at Cop25 and concerted push over the next year to design a fit-for-purpose system, there is a substantial risk of confusion and delay after current arrangements expire at COP26 in Glasgow. Worse, should the mandate not be extended, the UNFCCC may lose its link to climate action “on the ground” after 2020, and risk becoming increasingly irrelevant after 2020.

With difficult negotiations ahead, countries should not miss a chance to bolster the core architecture of the Paris Agreement by aligning it with dynamism of climate action on the ground. For the Chilean presidency, a strong foundation for climate action after 2020 could be the most enduring legacy of the Santiago Cop.

As the cities, regions, and businesses’ letter to minister Schmidt (which remains open for further signatures) concludes, “It is indeed ‘time for action’ at COP25 and beyond.”

Thomas Hale is associate professor in public policy at the Blavatnik School of Government at Oxford University.