How we manage land is critical to climate justice

Comment: The latest science shows the impacts of global warming – and solutions to it – risk worsening inequality if not coupled with support to the world’s poor 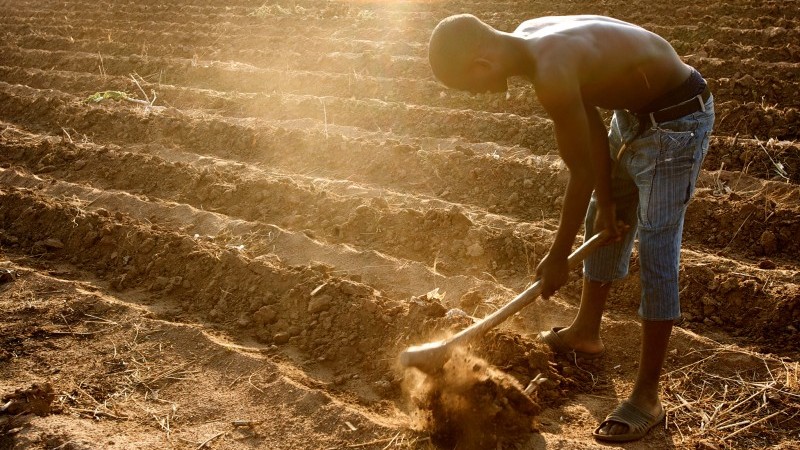 One of the fundamental truths of the climate crisis is that the countries and people who did least to create the problem are, in general, hit hardest by its effects.

The latest report from the Intergovernmental Panel on Climate Change (IPCC), on climate change and land use, is a major piece of work. It deals with such complex issues as the balance between land as a source of greenhouse gas emissions and land as a carbon sink.

While the implications of its findings for the future of rich country diets has grabbed the headlines, its warnings for climate justice are significant.

One of the report’s more startling observations is that air temperatures over land have risen nearly two times the global average. A 1.5C global rise in temperature will actually mean a 3C increase over land.

Some richer countries and regions are experiencing striking impacts now, from melting permafrost in the Arctic to unprecedented wildfires in many parts of the US and Europe.

But the effects of heatwaves, droughts and heavy rainfall on people’s livelihoods will be more extreme in the tropics and subtropics than in the generally richer temperate zones.

In India, for example, there has been a threefold increase in widespread extreme rain events in India between 1950 and 2015, leading to soil erosion and land degradation. The report notes that ‘yields of some crops’ (maize and wheat for example) have declined in the lower-latitude regions, while in many higher latitude regions yields of key crops have increased.

The report reinforces the fact that poorer countries in the tropics (low latitudes) will be hit far harder than richer ones in temperate zones (higher latitudes). This will drive increasing inequality between rich and poor countries unless urgent action is taken to both turn around the climate crisis and support vulnerable countries to deal with the damage, which is already extensive.

Most of the pathways identified by the IPCC consistent with limiting temperature rise to 1.5C involve substantial use of costly bio-energy projects with carbon capture and storage (known as Beccs). There are two problems here.

First, this involves technology that is unproven at the scale needed to make a significant dent on global carbon emissions.

Second, operating at that kind of scale would require vast amounts of land.

At this point the trade-offs become worrying – amplified by the sense that it will be poorer countries in the Global South that will be expected to provide the land.

The concern is that this will lead to land being taken out of local ownership and put under bioenergy monocropping systems that will damage ecosystems as well as societies.

Similar concerns apply to some approaches to land conversion for afforestation. It isn’t just the climate crisis, therefore, that threatens poorer communities – it is also the wrong policy choices.

Managing forests and other ecosystems is crucial to making it possible for local communities to address climate change and thrive in spite of it, while also protecting nature.

The IPCC lists the options with a wide range of social and environmental benefits including sustainable food production, soil organic carbon management, sustainable forest management, ecosystem conservation, land restoration, reduced deforestation and degradation. It is important to be aware of the limits – most land-based options for carbon sequestration do not deliver these benefits indefinitely.

It is certain that these measures, however helpful for mitigation, are no substitute for the urgent transformations of energy, industrial and infrastructure systems that are necessary. The IPCC’s emphasis on the need to secure local people’s land rights and make sure they have a voice in policy to underpin positive climate action in land management is crucial.

Land is visceral, emotional and inescapably political as a policy focus. The IPCC report on land use can help bring into focus both the risks facing poor rural communities in vulnerable countries and the potential they have to contribute to solutions. But their rights and knowledge must be respected, and they will need effective support to realise this potential.