Comment: A meeting in Geneva this week is a chance for a long-overdue conversation between disaster risk and sustainable finance experts 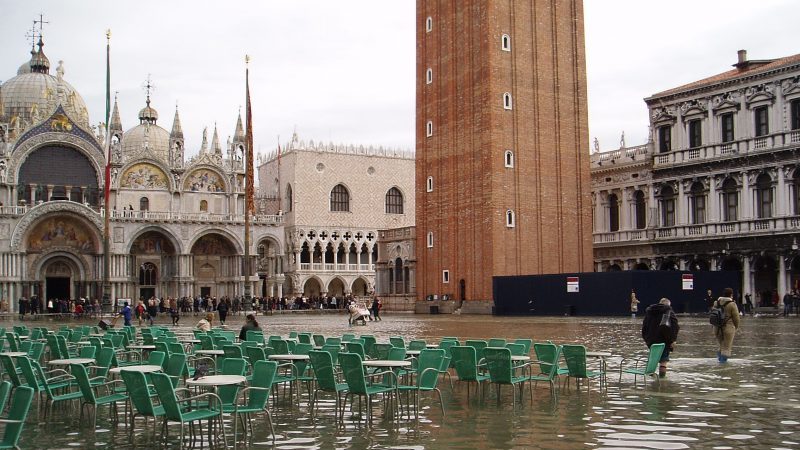 By Kate Levick and Rosalind Cook

In November last year, high winds combined with a seasonal high tide put much of Venice under water as well as causing the devastating loss of life and destruction elsewhere in Italy.

The Venetian floods had a high cost both to the local economy and to priceless cultural heritage including St Mark’s Basilica. Work to install innovative underwater flood barriers to protect Venice from serious flooding, known as the Moses Project, had been underway for years and the country is a leader on disaster risk reduction efforts. However, the increased flooding risk compounded by climate change and resulting high costs are major challenges.

Why is it not always easy to finance resilience to these weather extremes? The scale of financial flows and investments is massive. In Europe assets under management reached €25.2 trillion in 2017, 147% of GDP. And sustainable investment is growing fast – Blackrock, the world’s largest fund manager, has forecast that the total share of sustainable investments in Exchange Traded Funds globally will increase from today’s 3% of total assets, to 21% of all assets by 2028.

Risk from disasters and climate change is systemic and affects every country. However, most investments around the world still fail to take disaster and climate-related risk into account. There is a long way to go in ensuring that these risks are understood and integrated into investment decisions, and that financing for prevention and recovery takes place where it is needed and in an equitable way.

The biennial UN Global Platform for Disaster Risk Reduction, taking place in Geneva from 14 to 17 May, provides a mechanism to bring together different UN conversations: disaster risk reduction under the Sendai Framework, the sustainable development goals (SDGs) and the Paris Agreement. In other words, this is the perfect opportunity to bring together thinking about climate, disaster risk and sustainable finance.

We don’t have a total picture of Europe’s financial exposure to climate-related disaster risks, but we know that they are already resulting in significant economic losses. The total reported economic losses caused by weather and climate related extremes in European member states from 1980–2017 amounted to almost half a trillion euros. In the future, losses and disasters from climate impacts will increase dramatically if mitigation goals are not met and if we fail to deliver adequate resilience. Cascading risks may create a further compounding effect.

Europe plans to significantly scale up levels of public and private investment through instruments including InvestEU (the replacement to the European Fund for Strategic Investments), the Capital Markets Union and new measures being delivered under the Sustainable Finance Action Plan. To achieve resilience to disaster and climate risk, these investments must be defined by quality as well as quantity and must be based on a data-driven assessment of risk.

For example, disaster risk reduction strategies at national or local level could be aligned with climate adaptation plans and linked to strategies for attracting investment. Companies could do this too, sharing risk data with governments to mutual benefit. Strategies could be tested against data-driven climate change scenarios to ensure they are fit for different possible futures, as recently recommended by 34 central banks and financial supervisors from five continents.

Another option is to take steps to make resilience to disasters and climate change a baseline requirement for any financial investment by establishing a “Think Resilience” principle. Activities which are not resilient, or which could cause maladaptation to climate change, could be listed as “unsustainable” activities within the new European investment taxonomy. Europe could create an official definition of resilient infrastructure and could take steps to embed these investments in its next budget.

Risks from climate change and disasters caused by natural hazards pose a systemic threat to the financial system due to a lack of transparency and awareness in the marketplace.

Europe could take new actions to require that credit rating agencies integrate these risks into their ratings, and that institutional investors integrate them into their decision-making. Finance ministers could take the same approach to public finances in their countries. Europe could also take a stronger stance on risk disclosure by companies, taking steps to require consistent and comparable disclosure by amending the Non-Financial Reporting Directive.

Improved availability of risk data in the marketplace will lead to more efficient and stable financial markets and to more effective investment. However, there are also potential costs and harms which could include capital flight from risk-exposed investments, and lack of access to finance for those who need it most.

As Mark Carney, Governor of the Bank of England recently said: “Banks have begun considering the most immediate physical risks to their business models – from the exposure of mortgage books to flood risk, to the impact of extreme weather events on sovereign risk”.

Returning to Italy, a recent study by Banca d’Italia showed that regions which generate high value in the economy are also underinsured for flood risk, and that banks may already be discriminating against borrowers based on their catastrophe risk exposure.

How Europe protects the vulnerable is a political choice. Through the next set of sustainable finance reforms the European Commission can choose to aim for a Europe that is inclusive, and an approach to resilience which is just and equitable.

Kate Levick is the program leader for sustainable finance at E3G, an independent organisation acting to accelerate the global transition to sustainable development. E3G was ranked the fifth most globally influential environmental think tank for the third year running in the 2018 Go To Global Think Tank Index Report.

Rosalind Cook is the external relations officer for the United Nations Office for Disaster Risk Reduction (UNDRR), which works towards the substantial reduction of disaster risk and losses to ensure a sustainable future.