Who should be 2019’s climate champion?

Comment: Chile faces huge challenges as 2019’s UN climate presidency, it will need to use every tool available, including the underused climate champion role 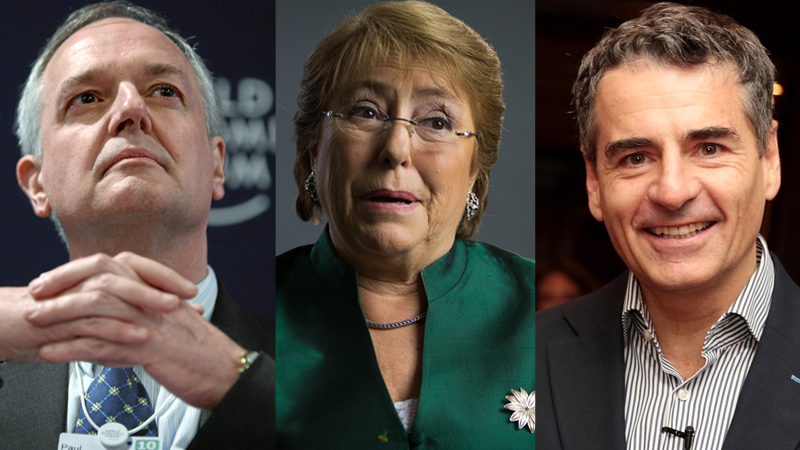 As the Cop presidency shifts to Chile in 2019, it’s a critical moment to step up climate ambition. But in the current geopolitical climate, Chile will need to think outside the box to get other countries to do so. Appointing a revolutionary high-level climate champion could be a critical part of a bold Cop25 strategy.

At Cop24 in Poland last month, countries reaffirmed their 2015 commitment to consider making new pledges on climate action, or nationally determined contributions (NDC), and to put forward long-term strategies in 2020. As the IPCC’s special report on limiting global warming to 1.5C made clear, these must aim toward climate neutrality by the middle of this century and come with concrete, short-term steps to lower emissions immediately.

In other words, Chile has stepped into a big role. It brings some impressive credentials to the job as one of the world’s leading success stories for renewable energy, including in the challenging mining sector. This renewable revolution should give the government ample space to increase its own 2015 NDC (rated “highly insufficient” by Climate Action Tracker) in 2020. Indeed, the administration of president Sebastián Piñera is already in the process of formulating a comprehensive new climate change law under the leadership of the dynamic environment minister Carolina Schmidt.

But getting other countries to follow suit would challenge even a diplomatic superpower. Chile will need to be ambitious, organized, and creative. While much of the diplomatic heavy lifting around “enhanced ambition” will come from the UN secretary general’s September 2019 climate summit, Cop25 will be a critical moment to drive forward new pledges.

One underutilized tool Chile can deploy is its high-level climate champion. At Paris in 2015, countries agreed that each Cop host would appoint a champion to mobilize climate action from “non-party stakeholders” – or what most of us call cities, states and regions, businesses, investors, and civil society – and help countries translate this “groundswell” of action into the implementation and enhancement of national pledges. Each presidency appoints one champion for a two-year term, overlapping with the previous presidency’s champion.

While the champions represent an important element of the UNFCCC’s growing embrace of subnational and non-state actors, the institution has arguably not always lived up to its full potential. Champions should be dynamic, world-recognized climate leaders who can galvanize more climate action from cities, states and regions, businesses, investors, and others, and show national governments how this mobilization can help countries go further, faster.

That was the theory. In practice, presidencies have sometimes selected government officials without sufficient global stature, resources, or domestic political support to be effective (though some champions have made meaningful contributions despite these limitations).

Chile has an opportunity to do much better. The mandate from Cop21 allows the presidency to make the role of champion as prominent as their ambition can reach.  There is no rule that the champion must come from government, or that he or she even be from the country hosting the Cop. Expectations for Cop25 are high, and appointing a revolutionary champion would be an easy way for Chile to bolster its capacity to deliver.

So who might the next climate champion be? Already at Cop24, climate insiders were beginning to speculate around several names.

Perhaps the best-known Chilean is the former president, Michelle Bachelet. Yes, she is the former political opponent of the current president, and yes, she has a rather important full-time job as the UN high commissioner for human rights. But, for precisely these reasons, appointing her would signal a unified national commitment to climate action and emphasize the importance of fighting climate change to protect basic human dignity.

Another former president with significant international standing is Ricardo Lagos, who has also served as UN secretary general Ban Ki-moon’s special envoy for climate change and as member of the Elders. Though he announced his retirement last year at age 80, this would give him the time needed to lean into the role.

There may also be value in selecting someone with strong economic credibility who could speak to hard-nosed investors and finance ministers beyond the ‘usual suspects.’ One name along these lines could be Andres Velasco, who served as Bachelet’s finance minister and who is now dean of the London School of Economics School of Public Policy.

An even bolder step would be to appoint someone outside the country. For example, Chile could leverage its partnership with Costa Rica, which will host the pre-COP meeting in 2019, and appoint someone like Monica Araya, a globally prominent civil society advocate and a driving force behind Costa Rica’s extraordinary climate ambition. Another prominent Costa Rican climate advocate, former UNFCCC executive secretary Christiana Figueres, would likely decline the role (she has said publicly she wants to provide plenty of space for her successor Patricia Espinosa), but could be counted on to support the broader Chilean strategy.

International climate news in your inbox? Sign up here

Elsewhere in the region, Chile could also tap WWF climate-lead Manuel Pulgar-Vidal, who as Cop20 president in 2014 drove the Lima-Paris Action Agenda, a critical precursor to the champions.

Even further afield, Chile could look to someone like Paul Polman, who as CEO of Unilever became the most prominent business advocate for the climate. Having just stepped down from running the company, Polman could fully devote his formidable energy and networks to the role.

Each of these individuals – and others like them – could make a huge contribution as champion. The important point for Chile is to select someone dynamic, to do so quickly, and to give him or her the mandate and resources to succeed. If our climate action is going to go beyond business as usual, our climate champion must as well.

Thomas Hale is associate professor in global public policy at Oxford University’s Blavanik School of Government and author of Beyond Gridlock.