Comment: The UN fund has struggled with governance and urgently needs to raise new money, here are two ideas that could help it recover 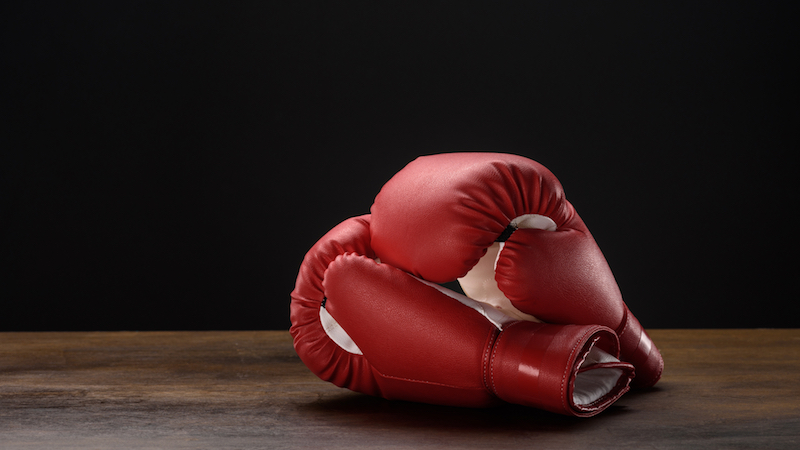 "Who could play such a role? They would need to be a sufficiently high-level diplomat" (Photo: Deposit Photos)

The Green Climate Fund (GCF) is a major source of finance for developing countries seeking to address climate change.

The biggest of the climate funds, to date, the GCF has committed $3.5 billion for 74 projects around the world. From off-grid renewable energy solutions and ecosystems restoration to climate information services in vulnerable areas, the GCF aims to support transformational climate action in developing countries.

Countries have agreed that a significant share of climate finance from developed countries should flow through the GCF. As the fund spends down its current pool of resources, setting up an effective, transparent and inclusive process for replenishment is an urgent priority for the international community. GCF replenishment is critical to implementing the Paris Agreement because we need more money for climate projects and programs. Having predictable resources bolsters confidence in climate finance and increases momentum for climate action more broadly.

Replenishment is around the corner. When contributing countries made the first set of financial pledges to the GCF, the fund’s Board agreed that replenishment would be triggered when 60% of that money is allocated. Based on the current status of pledges, reaching roughly $5bn in allocations would trigger replenishment. GCF allocations are getting close to this trigger. It is imperative that the Board come to some agreement on how to launch the replenishment process, and soon.

But reaching agreement on replenishment in the GCF family is easier said than done. Among several hotly debated issues at its last board meeting was an hours-long discussion of how to launch replenishment – with no resolution. If we want the GCF to succeed, the board needs to get past the logjam. Here’s our take on how they could.

The role of the board in the replenishment process is one of the key issues that held up discussion. The concern is largely rooted in dissatisfaction with the “initial resource mobilization” or “IRM” (the wonky term for the first round of financial pledges in 2014). Developing countries would like a more inclusive process than last time, particularly when negotiating policies that accompany the financial pledges.

During the IRM, contributors presented policies for contributions to the board, a policy document that governs how the GCF can receive and mange financial contributions. Among other things, the policy covers how contributions can be made (for example, as grants, loans or capital contributions), currencies and applicable exchange rates, when replenishment will be triggered and legal arrangements between contributors and the trustee.

For contributors, the document is important because they have different needs and constraints when pledging money to international bodies. For example, some must provide money on a timetable aligned with their appropriations processes, some have to provide a percentage as loans, some have to deposit promissory notes, and so on. For recipients, the policies for contributions are important because they provide some assurance that money will be provided in a timely way and that contributions be as flexible as possible.

While the IRM negotiations included some developing countries and civil society observers, developing country board members are concerned that the process could have been more inclusive, with a role for the board. A more inclusive process is consistent with the principle of equality in decision-making and bring legitimacy to the outcome of discussions. Inclusiveness would also allow stakeholders to address more controversial and sensitive issues earlier in the process. In addition to developing country concerns, there are several issues, including governance of the fund, that stakeholders want strengthened to improve confidence in the GCF. Creating space to discuss such issues and determine how best to resolve them in an inclusive way will be important.

Bringing In Outside Help

The best way to make the replenishment process more inclusive is to bring in a high-level external facilitator. Note that this role is separate from that of a new executive director, which the GCF is also in the process of recruiting. The executive director cannot do it; it needs to be someone independent with no personal stake in the process.

For the IRM, the board appointed a facilitator to help maximize the amount pledged to the GCF. In fact, the last facilitator was Lennart Båge, the current developed country co-chair for the board. The facilitator’s role involved working with stakeholders, mainly contributors, to encourage greater ambition, resulting in $10.3 billion in pledges.

This time, the facilitator will need a broader mandate. The role should be analogous to that of a Cop presidency, allowing the facilitator to actively help shape substantive discussions and try to find the right diplomatic equilibrium. For instance, the facilitator should consult with all stakeholders – including board members, other governments, the GCF’s secretariat, accredited entities, civil society and the private sector – and help shape the replenishment contribution policy to the board. That will expedite the process.

Got a great idea? We are always looking for original comment submissions. Email us

Who could play such a role? They would need to be a sufficiently high-level diplomat, with expertise in the world of international climate policy and finance, who has earned the trust and respect of both developing and developed countries. We will need someone above the fray, independent of the historic evolution of the GCF, to help steer this next phase of the fund. Past heads of the UNFCCC secretariat, or former ministers or ambassadors might be good candidates.

At its next meeting in October, the board needs to come together and agree on a strong mandate for an external facilitator to guide the replenishment process. They can task the co-chairs to approach possible candidates for board consideration and appointment. Doing this will go a long way to overcoming the current impasse and renew confidence in the GCF.

This article was originally posted on the World Resources Institute blog.