Under proposals backed by seven political parties across the spectrum, the Netherlands could set one of the most ambitious carbon targets in the world 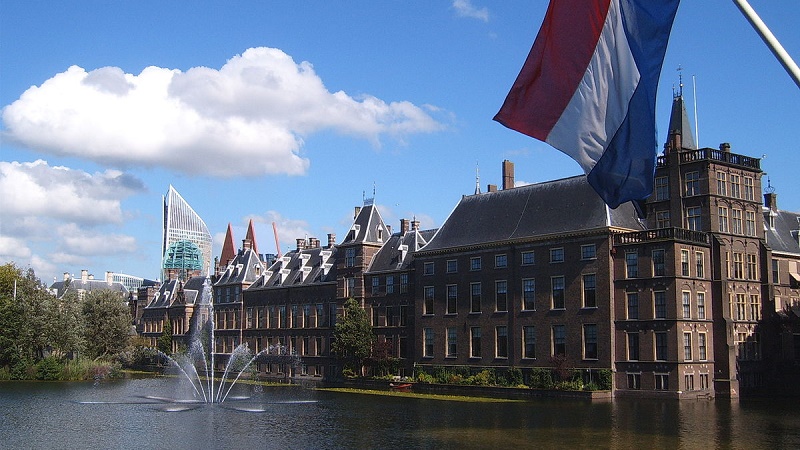 A coalition of seven Dutch political parties made the proposal (Photo: Markus Bernet)

The Netherlands could set one of the world’s most ambitious climate laws, under a draft presented to parliament on Wednesday.

The proposal is backed by seven political parties, who between them hold 113 of 150 seats in the Dutch parliament. There will be opportunities for lawmakers to amend the text before it is finalised, likely in 2019.

“The Dutch climate law is groundbreaking for the Netherlands,” said Jesse Klaver, leader of the Green Party. “Today seven parties, with a wide range of political ideologies, agreed on a Dutch climate law, currently the most ambitious climate law in the world.”

Other features include the establishment of an annual “climate day”, when the ministry of energy and climate will give a progress update on achieving the climate targets. From 2019, successive future Dutch governments will be obliged to present updated climate plans every five years.

The targets are based on a 2017 report by the country’s national environment agency. The report warned current and proposed policies in the EU and the Netherlands “will not lead to reductions consistent with the Paris Agreement’s climate objectives”.

Report: Half of member states back stronger EU climate action

Climate change has not always been the country’s top political priority. In 2015, campaign group Urgenda and almost 900 citizens successfully sued the government in the Hague district court for a stronger national 2020 emissions target, subject to an ongoing appeal.

Urgenda’s legal counsel Dennis van Berkel said the proposal was a “largely symbolic act” that “only ensures that a yearly climate debate is organised which reports on the route towards the 2050 target, but which gives very little assurance that real action is taken”.

“Measures such as the establishment of short and medium-term carbon budgets and the legally binding target for 2030, were all deleted from the initial draft,” he added.

For comparison, other countries with legally mandated 2050 emissions cuts include the UK (80%), France (75%), Mexico (50%) and Finland (80%). Sweden and Norway are set to go carbon neutral by 2045 and 2050 respectively, with some of the obligation to be met by international carbon credits.

The Netherlands is among 14 member states calling for the EU to increase its climate pledge in line with efforts to limit global warming to 1.5C. There will be a political moment for countries to signal their commitment to ambition at the Cop24 summit in Katowice, Poland, this December.