US cities sue Big Oil, but ignore their own climate guilt

Comment: Rich cities and counties claiming reparations from oil companies increases the inequality at the heart of climate change. But it can be fixed 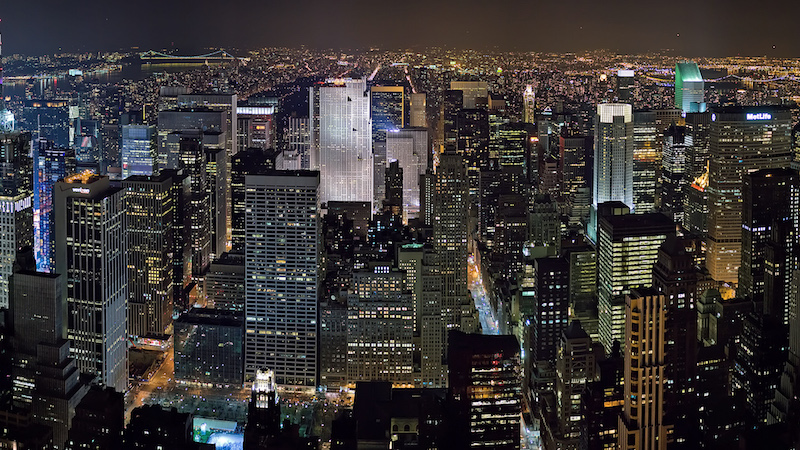 New York is one of the largest polluters in the US (Photo: Diliff/Commons)

Oil and gas companies are finally having their day in court for their campaigns of misinformation and delay on climate change.

New York City, San Francisco, and most recently King County in Washington State, are among twelve US cities and counties seeking to undertake lawsuits against fossil fuel companies to hold them liable and make them pay for climate damages.

But the cities and counties suing these companies are among the richest and biggest greenhouse gas emitters in the world. So, are they simply being hypocritical in their efforts to sue Big Oil? The short answer is yes and no, and where there is hypocrisy it can be addressed.

The lawsuits are typically suing oil companies not for their greenhouse gas emissions, but for spreading misinformation about climate change in order to promote the use of fossil fuels despite knowing about their harmful effects. The fossil fuel industry owes all of humanity a large debt for this. Thus, people the world over are justified in suing fossil fuel companies for their harmful and successful efforts to hinder climate action.

But rich American cities and counties claiming climate reparations is somewhat hypocritical. After all, the US is “the biggest carbon polluter in history”, the richest country on earth and the cities and counties suing are among the richest and biggest carbon emitters in America, even though they are now taking significant action to reduce their emissions. Furthermore, under Barack Obama, the US lead efforts to thwart developing countries demands to include a mechanism to claim compensation for loss and damage from climate change through the UN.

When it comes to climate change liability the injustices of this paradox seem to be compounding and forming an even deeper paradox, where the richest cities, most responsible for climate change, are the ones suing for compensation; whereas the least developed countries have been denied their claims for compensation for loss and damage. Perhaps we can call this the ‘climate liability paradox’.

One of the ways the injustice of the climate liability paradox might be alleviated is if the US was also contributing to help developing countries grapple with climate change. However, the Trump administration and Republican-controlled Congress cancelled America’s promised $2 billion in funding to the Green Climate Fund – a key channel for international climate finance, which helps developing countries deal with the impacts of climate change and pursue low-carbon and climate resilient development.

To avoid charges of hypocrisy being levelled at them, US cities and counties who are suing Big Oil could follow the example of Paris, which is coincidentally also considering suing fossil fuel companies. Paris contributed $1.3 million to the Green Climate Fund, in addition to France’s $1bn pledge.

At the sub-national level Paris is joined by Quebec and three Belgian regions who have contributed to international climate finance, along with, at the national level, all other developed and several developing countries. Seattle and Massachusetts may soon join their ranks, as they are working on becoming the first US sub-national actors to contribute to international climate finance, and are seeking others to join them.

America’s pledge is about more than pollution

As I have argued in the journal Ethics, Policy & Environment, contributing to international climate finance is a moral responsibility that should be taken on not just by those suing fossil fuel companies, but also by the US at large. With the federal government refusing to meet its commitments, that responsibility falls on US citizens, companies, cities, counties, and states.

Of course, not all Americans are equally responsible for contributing to and benefitting from greenhouse gas emissions, with those in poverty and communities of colour being the least responsible for emissions, and also the most vulnerable to climate impacts. Mirroring inequities at the global level, it may be precisely these communities that are left out as rich cities seek to adapt to climate change.

In disaster after disaster, from Sandy to Katrina, Maria to Harvey, we’ve seen how protective measures problematically preference the rich, leaving the poor and communities of colour deeply vulnerable. Inequity is even codified into the Army Corps of Engineers’ policies, which prioritises protecting more economically valuable areas, thus privileging the rich, who are most responsible for climate change”

If these inequities in the American climate response continue, then the climate liability paradox will be even deeper, where the richest people, in the richest cities, those most responsible for climate change, will be the ones who benefit from suing fossil fuel companies, whereas the world’s poor and vulnerable are made to shoulder the burdens of climate change, both in the US and abroad. As such, not only should US cities and counties commit to supporting the most vulnerable abroad, they should also ensure their own adaptation measures assist the more vulnerable at home.

To end, we can turn to the words of the ministers of Vanuatu, Seychelles, Bangladesh, and Dominica, who represent some of the countries most vulnerable to climate change and least responsible for causing the problem:  “As long as those who profit from the production of greenhouse gases are not those who suffer its most extreme consequences, climate change will accelerate… Resources to offset climate-related losses and damages need to be scaled up and the perpetrators, not the victims, must pay.”

Alex Lenferna is a Fulbright Scholar in the University of Washington department of philosophy and an Endeavour research fellow at the University of New South Wales practical justice initiative. As a volunteer organiser with 350 Seattle, he has been helping lead advocacy efforts to get Seattle to contribute to the Green Climate Fund. Alex is a first generation South African, whose family hails from the small island nation of Mauritius. He is a Climate Home News patron.

Note: This article was amended to remove a passage that claimed a sea wall being constructed around Manhattan would protect wealthy residents first.