Carlos Alvarado Quesada is promising to replace petrol and diesel in the transport system with clean energy, comparing the task to abolishing the army 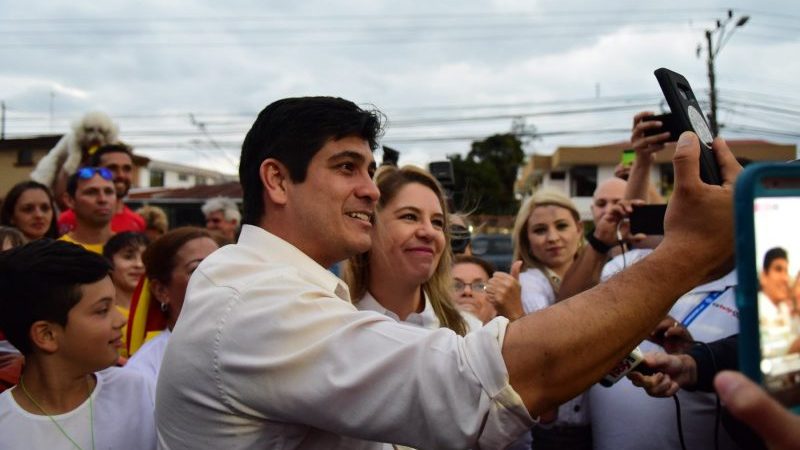 Facing his supporters after being elected as Costa Rica’s next president, 38-year old Carlos Alvarado Quesada vowed to decarbonise the economy of the small Central American nation and uphold its green tradition.

A centre-left former cabinet minister from the governing party, Alvarado Quesada promised on Sunday night a future in which the country can “celebrate its emancipation from petrol and diesel in the transportation system, replacing them with clean energy”.

“That transformation would be the ‘abolition of the army’ of our generation”, the president-elect said, referring to the country’s dissolution of armed forces in 1948, a point of pride for Costa Ricans.

He will become the youngest president in Latin America, joining a cadre of world leaders elected under 40 and committed to a clean energy future, along with France’s Emmanuel Macron and New Zealand’s Jacinda Ardern.

“This is a young president sending a clear signal to the country, particularly to the younger generations,” said economist Monica Araya, a leading advocate for electric mobility in Costa Rica.

Araya called for the new government to promote electric vehicles through public institutions’ purchases and to work with engaged citizens to create larger coalitions.

With a population of 5 million, the country has almost 100% low-carbon electricity and in 2017 managed to run for 300 days without using fossil fuels for power generation.

While other countries are phasing-out gas and diesel cars with a particular date in mind, the new government would rather improve metrics and then set targets, said Paola Vega, who coordinated the manifesto for the winning party.

In the campaign, Alvarado Quesada promised to modernize and electrify an old diesel train, to promote research and development in hydrogen and biofuels by transforming the state-owned oil refinery, and to sign a law banning oil and gas exploration in the country.

The exploration ban is straightforward, as there is no established oil industry, but transport poses a bigger challenge. Responsible for more than half (54%) of Costa Rica’s CO2 emissions, the sector is paradoxically profitable for this ecotourism destination.

A recent analysis revealed that one fifth of the government’s income comes from this sector, mostly from fuel taxes, sales taxes for new vehicles and property tributes.

“We must change the institutional framework,” said Vega, who was elected to congress. “Climate change needs policies coming from the presidential palace, not one single ministry.”