The government must increase ambition for electric vehicles and invest more in carbon capture and storage, an independent panel has advised 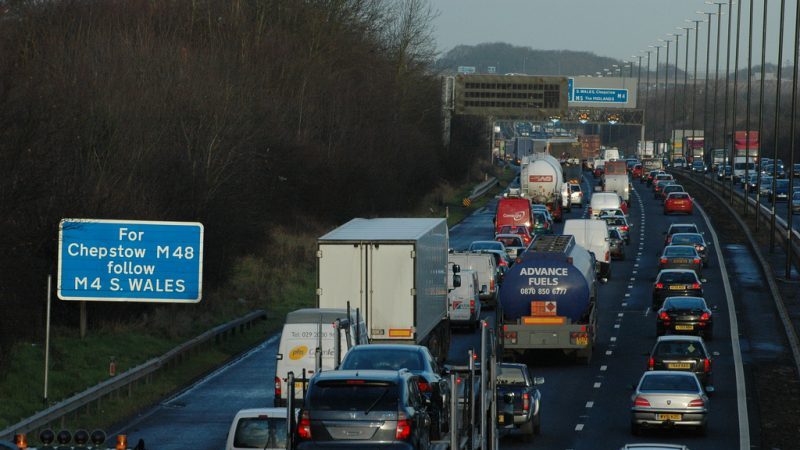 By Chloé Farand for DeSmog Uk

The UK government must urgently formulate new policies to bridge the “significant gaps” between its plan to reduce greenhouse gas emissions and its legally-binding targets to tackle climate change, a panel of experts has warned.

The Committee on Climate Change (CCC), the government’s official climate policy adviser, said in a report analysing the UK’s clean growth strategy that it “does not go far enough” to meet commitments under the legally binding Climate Change Act and the Paris Agreement.

The committee called on the government to “take urgent action” if it is to achieve its emission targets in the 2020s and 2030s and eventually reduce emissions at least 80% below 1990s levels by 2050.

The CCC said that “even if delivered in full”, existing and new policies would fail to meet the interim goals set by the fourth and fifth carbon budgets “by a significant margin”.

Chairman of the CCC John Gummer (also known as Lord Deben) said the government will have to “put flesh on the bone” of existing and new policies to explain how it is going to close that gap.

That means investing seriously in carbon capture and storage (CCS), the committee advised. The technology to pump emissions from industry or power generation underground is a key component of most carbon-cutting model scenarios, but has yet to take off commercially.

The government’s clean energy package in 2017 allocated £100 million ($138m) to develop CCS, a radical cut from the previously promised £1bn.

David Joffe, acting head of carbon budgets at the CCC, told DeSmog UK that the government had to invest “at least hundreds of millions” to prove the technology at scale.

In transport, the committee recommended raising ambition for ultra-low emission vehicles to make up at least 60% of sales by 2030. The government was aiming for 30-70%.

This is an excerpt from a longer article by DeSmog UK