Comment: As the world resumes climate talks in Bonn next month, island states will use the devastating hurricane season to fuel calls for expanded renewable energy investment 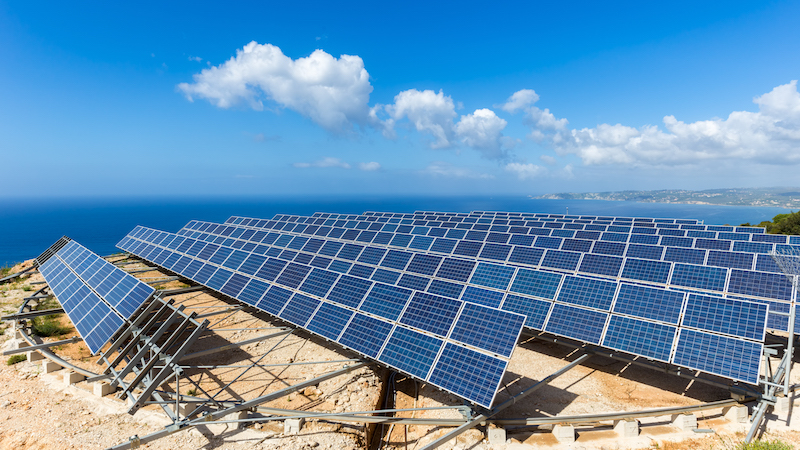 It is an exciting time for renewable energy with the price of solar and wind now outcompeting fossil fuels in many markets around the world and the technology getting better by the day.

But the recent onslaught of hurricanes in the Caribbean, which killed scores and led to an estimated $40 billion in losses reminds us that, although we have made important progress, we’re not acting nearly fast or boldly enough.

The two Category 5 storms that made direct hits across Antigua and Barbuda, Dominica, Cuba, and Puerto Rico left parts of the islands uninhabitable and completely wiped out their electrical grids. Weeks later, power remains scarce.

First and foremost, we urge the international community to do whatever is necessary to provide the lifesaving aid still needed in Puerto Rico and the short-term assistance that will be essential to get life back to normal in the affected areas.

In the longer-term, and what islands will be discussing at a ministerial climate meeting in Fiji this week, is the need to use these storms as an impetus to reimagine power generation in a warming world.

All the news from COP23: Sign up for our daily newsletter from Bonn

Last week, 14 environment and energy ministers representing small island and low-lying coastal communities from around the world gathered in the Maldives for the inaugural meeting of the Initiative for Renewable Island Energy (IRIE).

Developed in partnership with International Renewable Energy Agency (Irena), IRIE’s objective is to enhance political coordination and outreach to development partners with a view to mobilising the resources – finance, technology, and capacity building – that small islands need to make a rapid transition to renewable energy.

At the core of the UN Paris Agreement are nationally determined contributions (NDCs). Small islands have submitted some of the most ambitious NDCs, and renewable energy is one of the prominent sectors featured in almost all our NDCs.

The recent storms remind us of the many advantages of renewables and one solution in particular stands out: microgrids. These localised electric grids allow communities to keep power even if centralised systems go down. The technology essentially acts as a small-scale power plant – combining solar panels and wind turbines with batteries to keep electricity flowing. Transmission lines can even connect microgrids to the larger grid – in some cases leading to a monthly check for homeowners.

The idea was floated by renewable energy entrepreneur Elon Musk, who described the opportunity renewable technology offers Puerto Rico, which essentially has to now rebuild its entire electric grid from scratch. Puerto Rico governor Ricardo Rosselló is reportedly in talks with Musk now.

Microgrid technology has been proven on smaller scales than Puerto Rico, but with the necessary financial and political support there is really no limit to its scalability.

Moving to integrated renewable energy sources makes economic sense too. It avoids the high cost of installing transmission lines, which could simply be knocked down next hurricane season. For other islands, such as my own, the Maldives, which spend a disproportionate amount of our budgets on fossil fuels, the technology is an attractive alternative.

But, even as renewable energy becomes cheaper and more reliable, islands still face significant hurdles, especially financing. That is where efforts like IRIE come in.  It will streamline support across multiple partnerships to avoid duplication and maximise efficiency. At the same time, it will identify common obstacles and best practices for implementation.

We know making this transition will require sustained support from international partners for years to come. But the beauty of renewables is when implemented with the appropriate technology and capacity building, small islands will be able to cut costs and become energy independent.

Our challenge in Fiji this week and at COP23 next month is to accelerate the political momentum to this end so that islands are better equipped to manage climate change impacts that increasingly seem now impossible to avoid.

Thoriq Ibrahim is the energy and environment minister for the Maldives and chair of the Alliance of Small Island States.