Comment: A project that will double Kenya’s carbon emissions also threatens life on a fragile coastline, but the government’s planning process has been flawed 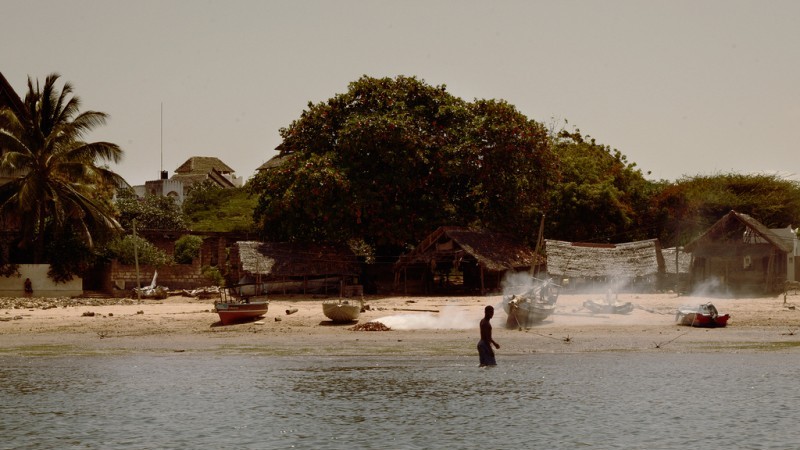 China is transforming its sources of energy domestically in a bid to reverse decades of environmental pollution.

But the switch to renewable energy has brought about a conundrum: what to do with the jobs and industries that have no future in this new system?

The answer: export them. Several African countries are accepting the poisoned chalice of China’s subsidised development through the construction of outdated, dirty coal plants.

Kenya is one. Its coastline is a national asset for fisheries, tourism, a growing population and economic development. But Amu Coal – a consortium of Kenyan and Chinese energy and investment firms – is set to start building a coal plant on the only part that is untouched by industrial development. The plant is planned to be some 20km from the town of Lamu on the mainland coast, at the mouth of Dodori Creek.

Quite apart from the unfavourable economic and financing aspects for generating energy from coal, the plant may be Kenya’s single largest pollution source.

The problems should be set out in the Environment and Social Impact Assessment study required by Kenya’s Environment Act and vetted through the National Environment Management Authority. But three key issues are omitted or glossed over by the study. Any one of them should be cause for the environment authority, other arms of the Kenyan government and certainly the public to oppose the coal plant. Thankfully, opposition is growing.

The first problem is a classic Industrial Revolution, Victorian issue. Toxic pollution. Coal releases a range of toxic substances into the environment. These go into the atmosphere, rain, groundwater, and seawater – and then to flora, fauna and people. These substances are barely mentioned in the assessment study. There are also no detailed estimates on the amounts that could be released and how they could be reduced by mitigating actions. The coal intended for use – initially to be imported from South Africa, and classified as “bituminous”, releases large amounts of toxins, particularly if improperly burned.

The impact study also doesn’t clearly state the full size of the mountain of coal residue left behind after burning – almost 4km long by 1km wide and 25 metres high. No credible plan for disposing of the waste is presented.

Second is Kenya’s contribution to global carbon dioxide emissions. Under the Paris Agreement on climate change the Jubilee government committed to reduce these by 30% by 2030. The impact study dismisses the carbon emissions from the plant as negligible on a global scale, at only 0.024% of global emissions. But what it attempts to hide is that the emissions of the coal plant alone will double Kenya’s energy sector’s entire CO2 emissions. This at the same time that citizens, businesses and the government are investing in efforts to reduce their carbon footprints, through – for example through wind, solar and geothermal power generation.

The third reason is a chimera of the above – climate change and toxic pollution combined. It is reasonably certain that sea levels will rise due to climate change. Estimates suggest this could be in the order of half to one metre by the end of this century, and very possibly more. The toxic waste mountain left by the plant will be on Kenya’s flattest shoreline, built on sand. Its base will be maybe 2-3 metres above sea level, and tens to 100m from the shoreline. This is the most vulnerable part of Kenya’s coast to sea level rise, and yet the massive toxic dump is to be placed there.

Part of the impact assessment argues that “the area is remote” so few people will be affected by pollution. Quite apart from the flawed logic that it’s okay to pollute natural wilderness areas, if plans for a major urban development under the LAPSSET project – Eastern Africa’s largest and most ambitious infrastructure project bringing together Kenya, Ethiopia and South Sudan – are concluded, there will be a city of over one million people in the area by 2050.

The report contains nothing about exposure of this number of people to toxic waste. Even the Strategic Environment Assessment for the LAPSSET project, conducted in the last few years, doesn’t include the coal plant in its assessment. The logic is that the plant is “not part of LAPSSET” yet even the simplest understanding of the purpose of both impact assessments and strategic environment assessments is to consider all interacting threats, and particularly the biggest ones, to the environment and people.

Improved standards are undoubtedly needed in Kenya’s Environment Impact Assessment sector. The country will develop, by hook or by crook, with or without a vision for 2030. Strengthening environment and social impact assessment as a tool to facilitate the right sort of development – where currently it’s viewed by business and most government authorities as a pesky bureaucratic step at best – will be one of the single most significant steps the government can take to protect and grow the natural and social assets that secure, healthy and equitable development is founded on.

David Obura is the director of CORDIO (Coastal Oceans Research and Development – Indian Ocean) East Africa, a Kenyan non-profit research organisation. This article was originally published on The Conversation.