A bottle of brandy that Trump won’t leave the Paris deal. Any takers?

Comment: Trump’s US remains firmly in the Paris climate deal. Richard Black reckons that’s how it will stay and he’s prepared to put his brandy where his mouth is 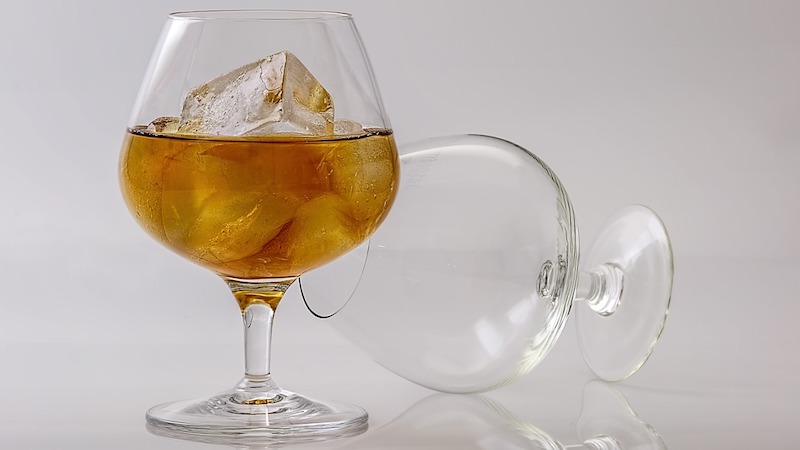 "I will bet bottle of brandy that US won’t leave ParisAgreement." (Photo: Pixabay)

All agree that US President Donald Trump has pulled his country out of the Paris Agreement – the 2015 deal under the United Nations climate convention in which every nation vowed to constrain its greenhouse gas emissions and thus hold climate change within bounds that many regard as ‘safe’.

So it must be true, right?

Well; I’ve thought for a while (and written before) that it ain’t necessarily so. The US clearly hasn’t withdrawn, despite the newsprint; and my personal conclusion is that it probably won’t.

Remember that there are basically two ways for the US to withdraw. One is to abide by the terms of the Agreement – which means it can’t submit formal notice to withdraw until November 2019, which then takes a further year to take effect. The withdrawal date turns out to be the day after the next US Presidential election. When Mr Trump spoke with so much fanfare about pulling out back in June, in the White House Rose Garden, he implied that he was taking this formal course; and this was confirmed in a diplomatic cable leaked to Reuters last week.

The second course is just to walk away – what I described earlier as the ‘Cartman solution’. But there’s no sign of that happening.

So, by my reckoning the US is in for the duration. Last week I decided to put my money where my gob is, and offer a bet on it. Follow my Twitter stream and there’s a bottle of brandy up for grabs for anyone who thinks the US is seriously on the way out.

I will bet bottle of brandy that US won’t leave #ParisAgreement. Needs to be time-limited so… still in on Christmas Day 2020. Any takers? https://t.co/YmGqFnfvqC

So far, no takers; not even from those organisations that advocated for the US to withdraw and, after Mr Trump made his Rose Garden speech on 1 June, argued that he’d just turned the Paris Agreement into a pile of ashes from which all other nations might as well withdraw as well.

And last week, Climate Home also suggested that Trump’s US is a remainer, not an exiteer.

Editor’s note: This is the second piece in a week that Climate Home has published carrying this argument. Do you disagree and want to take Richard up on his bet? Write us an opposing op-ed. Email: [email protected]

Peering beneath, as our American friends say, ‘the hood’, it should be clear how and why the administration has settled on this position.

First of all, ask this: To whom does Donald Trump really talk? Answer: To his own supporters.

They will in general not read the New York Times, listen to National Public Radio or follow climate change analysts on Twitter. What they will hear is that the president is safeguarding jobs and the American way of life by forcing the French, the Chinese and everyone else to renegotiate the terms of a deeply unfair agreement.

American negotiators, as the leaked cable shows, will be at this year’s UN summit. It may well be there and then that they’re instructed to say they’ve made the new deal – or maybe it’ll be the summit after, or any point between.

For that’s surely the likely conclusion – the president announcing a new deal under which the US will not be held to the emission-cutting target or the financial pledge made by his predecessor.

Those of us on this side of the media landscape know the US can roll back on both things anyway with no negotiation (and, in fact, already has). But in Donald’s rhetorical kingdom, that doesn’t matter.

Meanwhile, the US has avoided creating massive diplomatic ructions by abandoning the Paris process or its wider UN parent. Business, which in general likes the deal, will also be to some extent mollified. And paradoxically US emissions are likely to keep falling – not because of Trump policies, but because for the moment, electricity generation will continue its step-change from coal to renewables and gas.

So everyone’s a winner, right?

The moves that president Trump is putting in place will damage national and international moves to combat climate change.

Internationally, the lack of US diplomatic pressure for strong action will lead to other countries lessening the pace, even though none look like following the Trumpist doctrine entirely (and indeed the recent G20 meeting saw remarkable solidarity among the remaining 19). The cancellation of US money for the Green Climate Fund may reduce the speed of decarbonisation in poorer countries.

Nationally, rollback of regulations making motor vehicles more efficient will slow emissions reduction in that sector. Abandoning requirements for oil and gas wells and refineries to reduce methane leakage is another negative move. And slashing federal support for renewable energy completes the set.

Nevertheless… for the moment at least, the Paris deal is intact, the United States delegation at its appointed seat. And we can reasonably expect a number of other countries to step up their own decarbonisation efforts fairly soon – notably Germany, where Angela Merkel will, by all accounts, finally get a grip of her coal industry, assuming the polls are right and she walks back into the Chancellorship.

The big unknown is still the fate of Donald Trump himself. He’s survived so many incidents that would normally derail a candidacy or an incumbency that one becomes cautious about making any kind of assumptions, but… the mood music around his handling of the far-right Charlottesville incident, even from Republican party grandees, is not harmonious.

And perversely, that might give anti-Trump greens a little pause for thought.

The Trump presidency has been deeply incompetent in many regards, failing to pass measures that are claimed to be priorities and failing to approve staff appointments critical to policy implementation.

Would a Mike Pence administration run as poorly? If it wouldn’t, then arguably the Paris Agreement is better off with a floundering Donald Trump remaining in charge than with a swift Trexit.

Meanwhile, the brandy bet remains on offer. C’mon, internet – can you deliver where Twitter failed?

Richard Black is director of the Energy & Climate Intelligence Unit. He is a former BBC science and environment correspondent. This blog was originally posted on the ECIU website.