Comment: Big companies say they are leading the way to a cleaner future, but with only voluntary disclosures to keep them honest we just have to trust them 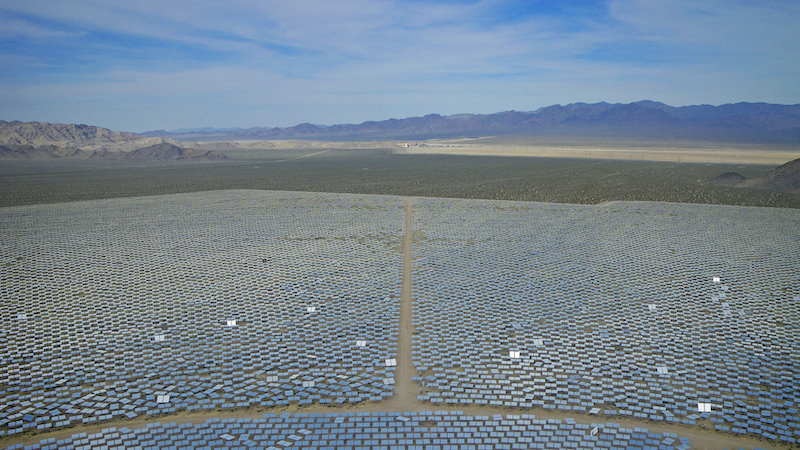 Private sector firms claim to be leading the fight against climate change, harvesting public approval and the moral high ground. But beyond self-reported, voluntary measures, experts say holding them to account is nearly impossible.

Climate change is now ingrained in corporate culture at many firms, a marked departure from the greenwashing of the 1990s and 2000s when companies appointed largely token sustainability chiefs. That’s important given the popular narrative that big businesses will play an outsized climate role after president Donald Trump said he would pull the US out of the Paris accord.

Companies like Apple, Google, IBM and Amazon all pushed Trump to remain in Paris and have since joined We Are Still In, a coalition of businesses, cities and states that will still adhere to the Paris targets, many having announced lofty emissions-curbing pledges, commitments to sustainable sourcing and promises to reduce water consumption.

Much of that may amount to good publicity for the largest multinational firms most affected by public opinion, but there’s scant few ways to hold the private sector accountable for information. And in the private sector writ large, there’s very little emphasis on sustainability, especially when it comes to energy-intensive industries, said Cynthia Cummis, director of private sector climate mitigation at the World Resources Institute.

Companies sometimes disingenuously report emissions reductions in corporate sustainability reports, said Gary Cook, a corporate campaigner for Greenpeace. He said Apple, for instance, is 100% renewable at facilities in the US and 23 other countries, but about four-fifths of its emissions come from its manufacturing supply chain.

Of the myriad reporting standards and fora that exist – which businesses say can be confusing for them and the public – none offer much detail on how companies account for their shares of renewable power. That’s critical, as it relates directly to perception and how much company actions actually reduce emissions. While many view the Carbon Disclosure Project as an admirable floor for reporting, it’s not very user friendly and free downloads of the numerous company reports are limited, Cook said.

One common practice companies employ to distort how much renewable energy they’re getting is by purchasing renewable energy credits (RECs). But not all RECs are created equal – some correspond to drawing power from the same regional grid in which the credit purchaser is located, but in other cases the power source may be distant. Those latter RECs, which are called “unbundled”, are at the heart of what many climate advocates see as a misrepresentation of the private sector’s record on climate. Critics call it an accounting trick that allows well-heeled companies to siphon off already existing renewable energy rather than compelling new additions to the electric grid.

“A lot of people are simply buying RECs and saying they’re doing the right thing here,” said Tim Mohin, chief executive with the Global Reporting Initiative (GRI), a standards-setting body used by the private sector to compare sustainability efforts. “You see that typically in companies like Google, Apple, Facebook that have massive data consumption.”

Mohin said GRI and other standards try to limit REC abuse by setting grid location restraints. Having spent years on sustainability teams at Intel and Apple, Mohin said he knows companies especially in the IT sector with its energy-gobbling data centers and sprawling manufacturing operations, rely on RECs as a quick fix to boost renewable power pledges. He described renewable energy accounting as “really sensitive” and that “how people count their contribution to climate change hasn’t been settled”.

Added Wayne Balta, vice president of environmental affairs at IBM: “If IBM is going to talk about how much renewable energy IBM uses, we are going to be transparent in that purchasing an unbundled REC is not the same as using electricity. It’s not an opinion; it’s a statement of fact.”

Still, companies are increasingly moving away from accounting trickery as awareness and pressure from investors strengthens.

A task force of financial institutions and large companies working with the Financial Stability Board, a body of regulators led by former New York City Mayor Mike Bloomberg, released a report on 29 June that called for more disclosure on how climate change would affect businesses and what firms are doing to address rising emissions.

Firms like Vanguard and BlackRock are advising the Sustainability Accounting Standards Board, a sectoral reporting approach working with GRI. Mohin added socially responsible investing has moved from “fringe” to “mainstream”, citing an ExxonMobil shareholder resolution to disclose climate risks that got two-thirds approval even against management’s recommendation. And 63% of Fortune 100 and nearly half of Fortune 500 companies have set at least one climate or clean energy target.

Progress also is expanding across the supply chain. Companies like Microsoft have moved away from using unbundled RECs (the company says it’s been carbon neutral since 2012, but critics contend it was plugging the gap with RECs) – it deploys revenues from its internal carbon fee to fund green projects and purchase clean energy across the globe.

Timberland audits its suppliers regularly, with performance shared on the company’s quarterly corporate sustainability report, Colleen Vien, the firm’s sustainability director, said in an email. Apple is considered a leader in getting its supply chain to go carbon neutral, at least for the portions of their operations devoted to making Apple products. The company has pledged to bring 4 gigawatts of renewable energy for manufacturers online by 2020, with 2 gigawatts already committed.

“[T]his is not about cheap unbundled RECs,” an Apple employee said in an email. “This is about working with suppliers to bring new energy sources online, purchase from existing sources.”