End of coal: Failure to see it coming will hurt miners most

Comment: History shows governments that don’t anticipate and make provisions for the decline of coal burden communities for generations 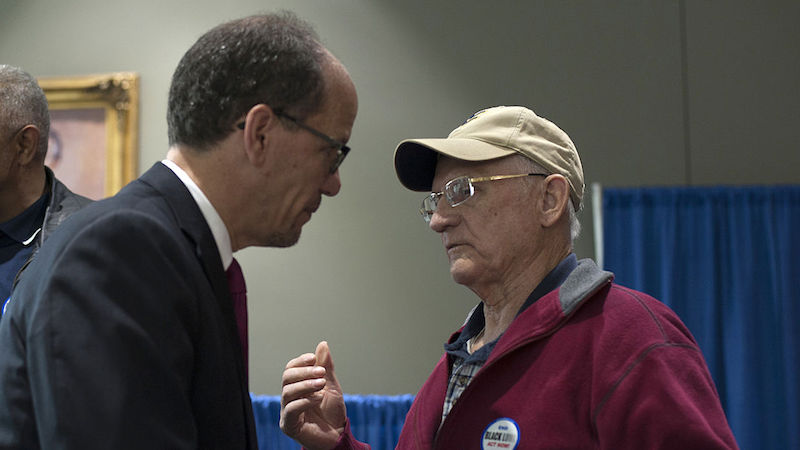 By Oliver Sartor and Andrzej Błachowicz

Donald Trump’s decision to pull the US out of the Paris Climate Agreement was sometimes presented as the president putting coal workers first.

But the history of coal mining transitions, both in Europe and the US, tells us that failing to anticipate before change comes often finishes badly for workers.

In a new report, authors from the Institute for Sustainable Development and International Relations and Climate Strategies examined past coal mining declines in five European countries (Spain, the Netherlands, UK, Poland and the Czech Republic) and also in the US.

One of the overarching conclusions is that early anticipation is essential to making a ‘just transition’. Given the scale of the challenge, it is necessary to use all of the available time. Workers must prepare for and move to new jobs, regional economic policy has to be redrawn and companies need to develop new business models.

This can be a long process. However, with anticipation, experience suggests it is possible. For instance, from 1965 to 1990 the Limburg region of the Netherlands – a former coal mining heartland that employed more than 75,000 miners – was able to transition from coal mining to a relatively successful regional economic hub with new industrial activities, with most workers finding reemployment or retiring normally.

However, from a climate policy perspective, we do not have a lot of time. There are very plausible and even quite likely scenarios in which the global demand for coal, including domestic demand in many large coal consuming countries, begins to decline from the coming decade onwards. The just transition is thus matter of urgency for governments and affected stakeholders.

Anticipation and planning is also crucial because, desired or not, once a transition is underway, events can move very quickly, often with severe and long-lasting impacts for workers and regions. Almost everywhere, with the notable exception of Limburg, the failure to prepare and invest in economic alternatives for former mining regions has meant that regional unemployment in mining regions is often significantly higher than the national average.

In southern Poland in the 1990s, a lack of adequate worker reemployment strategies meant that, meant that roughly 40% of former miners were still unemployed 5 years after redundancy. There, as in Spain in the 1990s, workers often faced little option but to retire at age 40 from mining and live off state pensions due to the lack of possibilities to find desirable alternative work.

In the UK, thirty years after the Thatcher government suddenly withdrew support for the industry, many mining regions still only count 50 jobs per hundred working age adults. This has created problems not just for former miners (now retired), but their children too. Low employment can be accompanied by poor educational attainment, lower average wages, higher rates of physical illness, higher suicide rates, higher rates of workers on disability and incapacity benefits.

In the US, failure to anticipate company bankruptcies has meant the pension and health care funds of former miners have been wiped out. The social and economic costs of failing to adequately prepare and implement the transition while time and resources are available can therefore be very high.

Consensus is crucial. While the state and workers may not agree on everything, the first step should be a basic agreement on the need for, and broad terms of, the transition desired. Historically, where there was relative consensus on the need to phase out activities (like in the Limburg region of the Netherlands), the transition strategy tended to show greater political resilience and implement more coherent and comprehensive adjustment strategies over time.

However, forging this consensus needs to be context specific. For example, hard coal mines for exports to global markets may find different arguments for transition convincing to lignite mines that feed local electricity production.

Of course, short-term interests don’t always align between stakeholders and bargaining power is not always evenly distributed. Companies can sometimes have an incentive to sell or abandon a site as quickly as possible, without playing their part in helping workers and local regions shift away from coal. Environmental clean-up from mining is another thing companies typically get out of paying. Governments need to anticipate this and ensure no stakeholder wriggles out of their responsibilities.

Sometimes badly-managed historical transitions led to generous short term economic compensation to gain the acquiescence of workers, but neglected other long term human needs. These often resulted in poor long term outcomes for workers’ long term employability and health and for those of their children. The future employment and employability of young and middle-aged former miners and their children needs to be ensured. That means investing in intergenerational educational attainment, supporting miners with disabilities to find appropriate work and taking professional pride into consideration when designing employee transition programs.

For governments, a just transition requires long-term financial and institutional commitments. But the costs of failing to invest in the transition early enough are clearly much higher. Typically, prior to transitioning out of mining, the cost of supporting an uncompetitive industry is extremely high. For example, in Spain, approximately €22bn is estimated to have been spent in government subsidies on supporting the profitability of mining activities between 1992 and 2014. That’s before any investment in a transition away from coal.

Failure to invest sufficient resources and political will into a transition can lead to the development of extremely costly economic, social and environmental problems. These net costs for governments can quickly grow into several hundreds of thousands per worker, according to the report.

Coal transitions are not easy. However, early anticipation, building consensus among key stakeholders early and investing in the future of workers and regions are vital ingredients of a just transition.