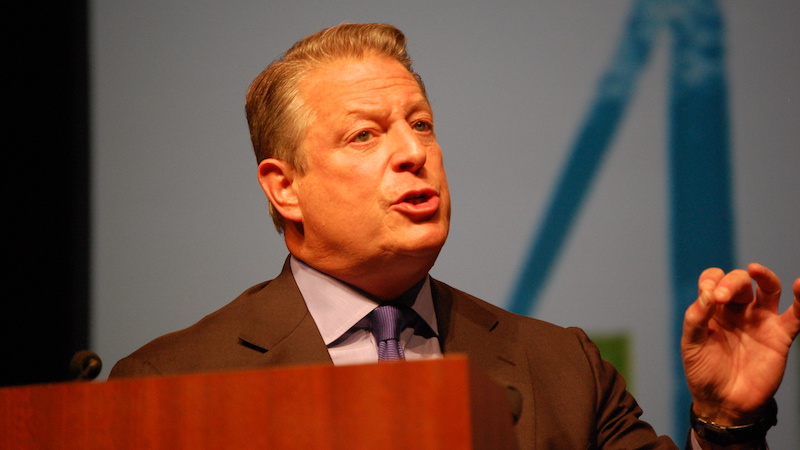 It was “clearly wrong to destroy the prospects of living prosperously and sustainably on a clean Earth” and to “condemn future generations” said Gore. In the same way “it was wrong to allow slavery to continue”, “to deny women the right to vote”, “to discriminate on the basis of skin colour or who you fell in love with”, and “to allow apartheid to continue”.

Speaking at the annual awards ceremony for UK clean energy charity Ashden, Gore also compared US president Donald Trump’s recent decision to pull out of the Paris climate agreement, to the backlash and resistance faced by previous moral movements.

All of these “transformative” movements faced “veracious resistance that led to despair on the part of many advocates,” said Gore. Met with “such ferocious opposition, many felt it’s a lost cause, but [the movements] prevailed.”

Gore said “the sustainability revolution” was akin to the transformative advances made during the agricultural, industrial and digital revolutions.

Advances in clean energy and other sustainable technologies have “the breadth and magnitude of the industrial revolution, but with the speed of the digital revolution,” says Gore. It is “growing from the bottom up, and not from the top down,” and it is being “jump-started in rich and poor countries alike, in every corner of this world.”

Ashden’s annual awards ceremony took place on Thursday at the Royal Geographical Society in London. The awards recognise sustainable businesses across the globe with cash prizes and tailored business mentorship.

Gore said he was “extremely inspired” by the winners, as they “can inspire policy makers, governmental officials and community leaders”.

Read more on: US | World US