How the G20 could save Paris climate deal from Trump

Comment: Donald Trump appears bent on unpicking the globalist cooperation that made a climate change accord possible. Can the world’s other powers band together to stop him? 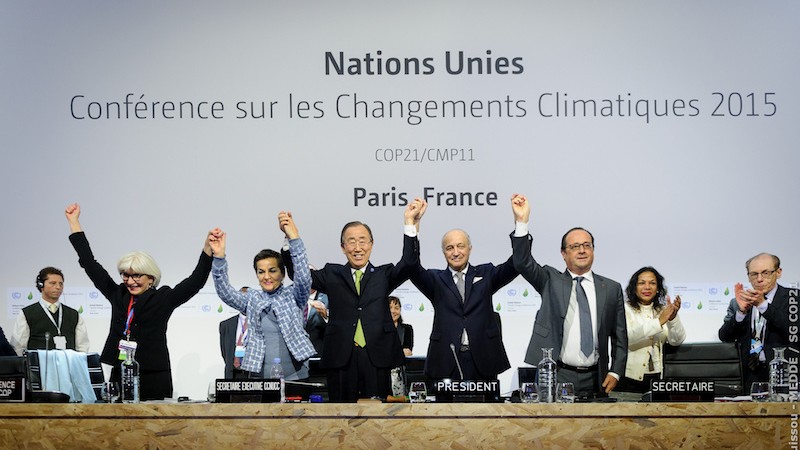 More optimistic days: French and UN leaders celebrate the creation of the Paris accord in 2015 (COP Paris/Flickr)

By Gwynne Taraska and Andrew Light

The United States has long considered itself a great power – a country with economic, military, and diplomatic strength that plays a prominent role in confronting global challenges.

To date, however, the Trump administration has signalled it may be willing to retreat from the global challenge of climate change and walk away from one of the most important international agreements of the past 25 years: the Paris Agreement on climate change.

President Donald Trump claimed during his campaign that he would “cancel” the agreement. More recently, US Secretary of State Rex Tillerson and US Ambassador to the United Nations Nikki Haley made extremely careful – and ultimately non-committal – statements during their confirmation hearings about whether they support continued US participation.

Although other nations remain dedicated to implementing the Paris Agreement, a withdrawal by the US – the world’s second largest greenhouse gas polluter – would erode the efficacy of the pact.

World leaders can help prevent this outcome if they strongly convey to the Trump administration that climate change is a central concern and that US withdrawal from the Paris Agreement would cast the US as an untrustworthy partner and would severely and unnecessarily compromise US foreign policy priorities.

Understandably, it may be difficult for leaders to deliver this message one-on-one given the high stakes involved in so many other difficult issues. When asked whether she would bring up the Paris Agreement during her recent visit to the US, UK prime minister Theresa May demurred that she hoped “all parties would continue to ensure that the climate change agreement be put into practice”. On Monday, the topic of climate change showed up nowhere in the joint statement between President Trump and Canadian Prime Minister Justin Trudeau – and it was not mentioned once in the leaders’ joint press conference.

There is power, however, in numbers. The meetings of the G20 – a forum of the world’s most powerful economies – present some of the best opportunities for countries to collectively press the US to stay in the Paris Agreement.

They also present some of the best opportunities for countries to communicate to the new administration that climate action is in the economic and security interests of all nations and that there are significant economic opportunities to be found in the global pivot toward non-polluting energy. 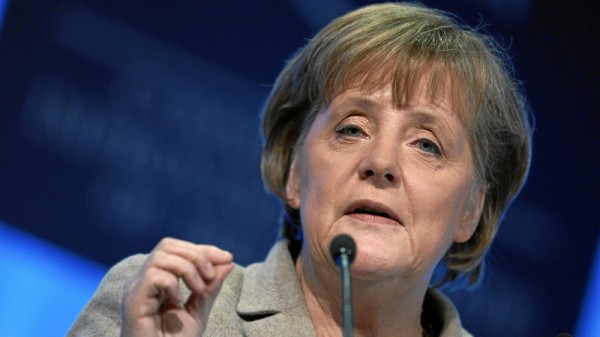 German Chancellor Angela Merkel has emerged as a key global leader on climate change and will host the G20 this year (Pic: World Economic Forum/Moritz Hager)

It is opportune that Germany holds the presidency of the G20 in 2017. Building on her successful G7 meeting in 2015, which focused in part on climate and national security, Chancellor Angela Merkel has positioned the G20 to adopt climate change as a priority.

The three overarching objectives of the G20 summit this July are fostering economic stability; making the global economy viable for the future, including through climate and development goals; and establishing the G20 as a “community of responsibility.” Limiting greenhouse gas pollution and building resilience to the effects of climate change are necessary to achieving each of these objectives.

There are many ways that the G20 could advance the global climate effort in 2017. The forum could make further progress on the topic of fossil fuel subsidy reform, which it has addressed since 2009; it could promote the adoption of climate risk disclosure guidelines for businesses; and it could work to expand access to climate risk insurance. It could also do more to steer development finance toward low-carbon and climate-resilient infrastructure.

Most centrally, however, the G20 could strongly reaffirm the commitment of the largest greenhouse gas polluters to the Paris Agreement. The groundwork for setting this agenda could begin at the end of this week, when the G20 foreign ministers, including Tillerson, meet in Bonn.

If G20 countries confirm their participation in the Paris Agreement, they would have broad support from the American people. President Trump does not have a mandate for an anti-climate crusade. Approximately 70% of registered US voters, for example, support US engagement in the Paris Agreement. Nearly 80% support domestic regulation or taxing of greenhouse gas pollution.

In the early days of the Trump presidency, it is essential for world leaders to make apparent their dedication to the global climate effort. This is now a critical feature of what it means to be a great power. The new US administration should have full information about the priorities of its allies as it formulates its foreign policy positions.

Gwynne Taraska is the associate director of energy policy at the Centre for American Progress. Andrew Light, a former senior climate official in the US Department of State, is a university professor at George Mason University.