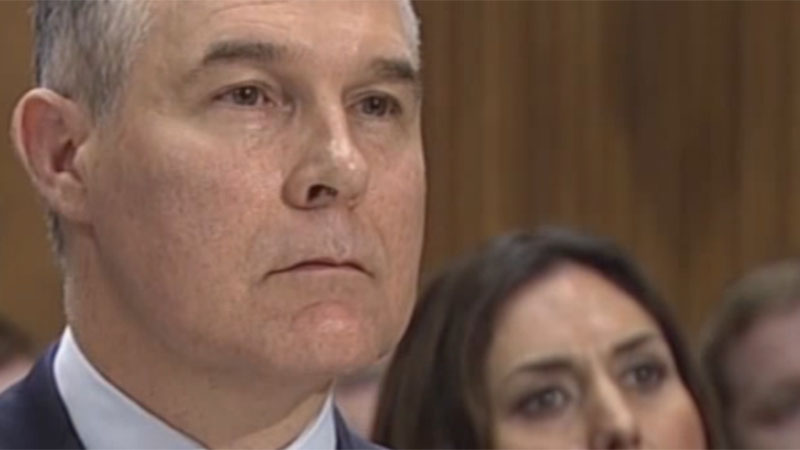 Hundreds of former US civil servants have signed an open letter urging US lawmakers to reject Scott Pruitt’s candidacy as the country’s next environment chief.

Despite near unanimous opposition from Democrats, Pruitt could be approved by Congress this week, taking a over a department he took to court 14 times while Oklahoma Attorney General.

“We are most concerned about Mr. Pruitt’s reluctance to accept and act on the strong scientific consensus on climate change,” they write.

Despite a wealth of research indicating climate change poses a risk to the health of Americans, Pruitt “persists in pointing to uncertainty” to resist taking regulatory action to solve it, they add.

On Monday, EPA employees in Chicago protested against Pruitt’s candidacy, in what the Washington Post described as an “unusual move”.

The EPA is tasked with rolling out Barack Obama’s flagship climate policy, the Clean Power Plan, which mandates emission cuts from US energy plants.

President Donald Trump has promised to ditch the CPP, labelling Obama’s set of environmental regulations a “disgrace” during last year’s run for the White House.