Donald Trump: environmentalism is ‘out of control’ 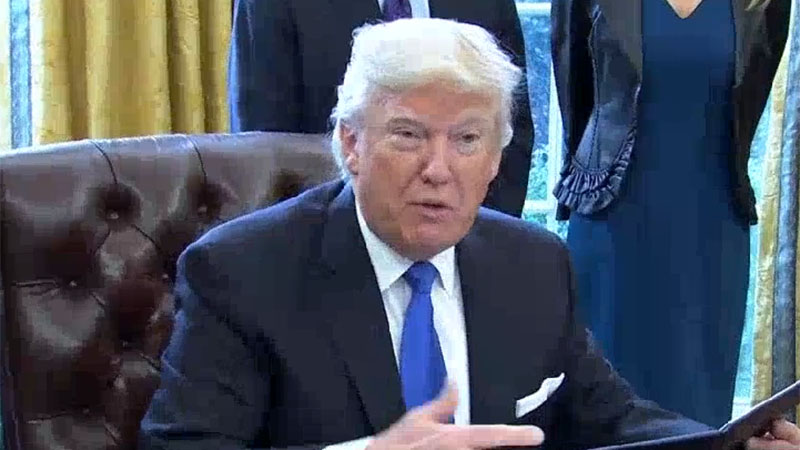 Meeting with three of the biggest US carmakers on Tuesday, president Donald Trump confirmed plans to cut pollution regulations for the industry.

“Environmentalism is out of control” Trump told the CEOs of Ford, General Motors and Fiat Chrysler at the White House, in quotes first reported by The Independent.

“We want regulations but we want real regulations that mean something,” he said. “We’re going to make the process much more simple for the auto companies and everybody else who wants to do business in the United States.”

Few details emerged from the meeting on the specific regulations Trump was referring to, but standards introduced by Barack Obama’s administration in 2011 aim to double fuel efficiency by 2025.

Last week Trump’s pick for environment chief Scott Pruitt said he would not commit to maintaining California’s decades-old ability to enforce its own vehicle emission standards, which are tougher than those at federal level.

Trump’s comments are the latest indication he intends to deliver on his campaign promises to cut pollution laws and boost the fossil fuel industry. On Tuesday the president also announced he would approve the construction of two controversial oil pipelines: Keystone XL and Dakota Access.