Crib notes: Will Theresa May tackle Trump on climate? 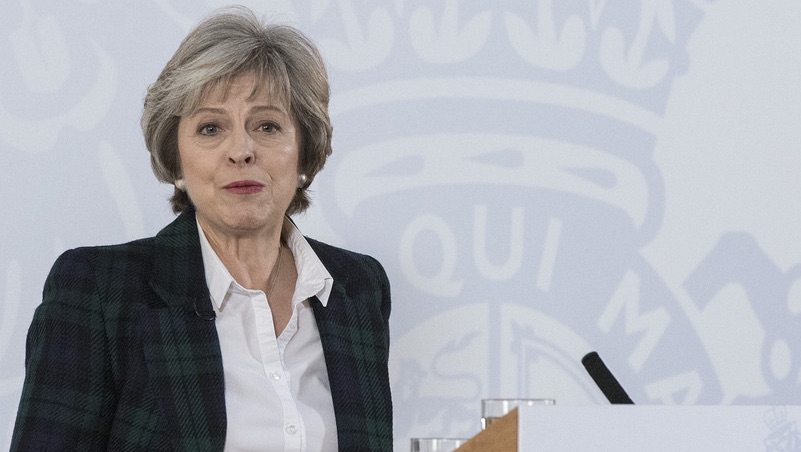 UK prime minister Theresa May is packing her bags – she’ll be in Washington DC to meet the new man in the White House this coming Friday.

Downing Street won’t say if climate change will make the talking points when May meets Donald Trump – but in an interview on the BBC on Sunday she said trade and security would feature.

“Whenever there is something I find unacceptable, I won’t be afraid to say that to Donald Trump.”

ICYM – Team Trump did not wait long to make their mark.

Soon after the bronzed billionaire made his inaugural address the White House website underwent a rapid re-vamp, losing all references to climate change.

“Lifting these restrictions will greatly help American workers, increasing wages by more than $30 billion over the next 7 years,” it added.

Big as-yet-unanswered questions include future US participation in the UN climate talks and Paris Agreement, and the outstanding $2 billion owed to the Green Climate Fund.

Sam Adams, US director at the World Resources Institute described the disappearance of references to climate change as “truly disturbing”.

“The website’s lone climate reference is to eliminate the Climate Action Plan, which is a wholesale attack that flies in the face of common sense and would do harm to all Americans.”

What could Trump do next: his climate and energy options

With impeccable timing, California released its own climate plan on Friday: aimed at reducing greenhouse gas emissions 40% below 1990 levels by 2030.

Here’s the basics from a press release:

“The proposed plan continues the Cap-and-Trade Program through 2030 and includes a new approach to reduce greenhouse gases from refineries by 20 percent. It incorporates approaches to cutting super pollutants from the Short Lived Climate Pollutants Strategy. And it acknowledges the need for reducing emissions in agriculture and highlights the work underway to ensure that California’s natural and working lands increasingly sequester carbon.”

The government will deliver a  draft set of proposals for a new industrial strategy on Monday – which will offer a sense of how green this government’s thinking is.

Here’s May’s spiel in the pre-launch bumpf:  “Our modern Industrial Strategy is a critical part of our plan for post-Brexit Britain. As we leave the EU it will help us grasp the bigger prize: the chance to build that stronger, fairer Britain that stands tall in the world and is set up to succeed in the long-term.”

This briefing from Policy Exchange – an influential think tank close to the government – offers a sense of how climate considerations could be tackled in the new strategy.

“The UK… has the potential to develop and produce low carbon and environmental technologies – building on its existing strengths, as well as spotting emerging opportunities. The UK has a world-class science and research base, but needs to do more to bridge the ‘valley of death’ between basic research and commercialisation, and create a regulatory environment which encourages innovation and entrepreneurship.”

…are going faster than expected, the body announced on Sunday. “The deal is a success… all countries are sticking to the deal… results are above expectations,” Russian energy chief Alexander Novak told Reuters.

Under a deal brokered last year, 11 of OPEC’s 13 members agreed to significant output cuts in the first six months of 2017, in an attempt to reduce a glut of oil on world markets and boost prices.

“Despite demand usually being lower in the first quarter in winter, the actions taken by the Kingdom and many other countries has impacted the market in a tangible way and we have seen the impact in spot prices,” said Saudi Arabia’s oil minister Khalid al-Falih.

The medical journal The Lancet has announced it is launching The Lancet Planetary Health, a new online open access title looking specifically at the intersection of climate and environmental issues with health.

“The path has been set – a path that responds to climate change, and could lead to enormous advances in public health over the course of this century. But we must act decisively, and fast,” said Richard Horton, Lancet editor in chief.