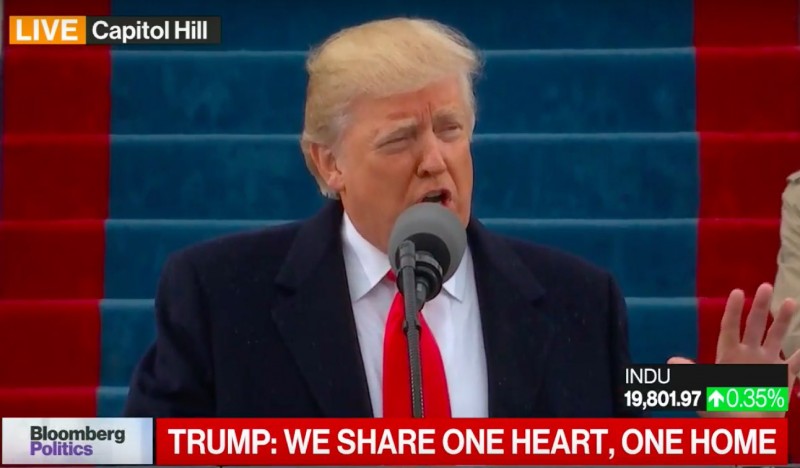 Minutes after he was sworn in as president, Donald Trump’s team confirmed their intention to dump the country’s carbon cutting policies.

A policy brief posted on a fast-revamped White House website underlined the new administration’s desire to scrap what it termed “burdensome regulations on our energy industry”.

“President Trump is committed to eliminating harmful and unnecessary policies such as the Climate Action Plan and the Waters of the U.S. rule.

“Lifting these restrictions will greatly help American workers, increasing wages by more than $30 billion over the next 7 years,” it added.

The plan will come as no surprise to seasoned observers of US politics, but their appearance on the White House website emphasises a cull of climate policies and support for the fossil fuel industry will be a priority.

“President Trump will refocus the EPA [Environmental Protection Agency] on its essential mission of protecting our air and water,” reads another line.

Coal communities will be cheering at the pledge to resurrect the industry and invest in so-called “clean coal”.

"The Trump Admin. is also committed to clean coal technology, and to reviving America’s coal industry, which has been hurting for too long." https://t.co/R9Yn31xktZ

There’s no mention of Trump’s position on the flagship Paris climate agreement or whether he will try and remove the country from the UN’s climate body. Remember Trump said he wanted to “cancel” the deal.

Eagle-eyed observers also spotted an absence on the White House website – a dedicated section on climate change is no more.