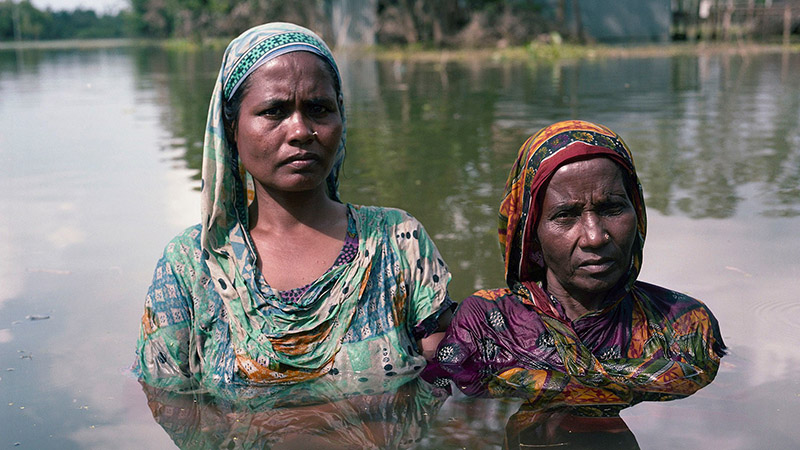 In September 2015, Mark Carney, Governor of the Bank of England and Chair of the international Financial Stability Board (FSB), warned of the dangers of inaction on climate change:

The challenges currently posed by climate change pale in significance compared with what might come. The far-sighted amongst you are anticipating broader global impacts on property, migration and political stability, as well as food and water security. So why isn’t more being done to address it?

He then appeared to answer the question he had just posed, highlighting ‘potentially huge’ investor exposure to action on climate change:

Take, for example, the International Panel on Climate Change’s estimate of a carbon budget that would likely limit global temperature rises to 2˚C above pre-industrial levels. That budget amounts to between a fifth and a third of the world’s proven reserves of oil, gas and coal. If that estimate is even approximately correct it would render the vast majority of reserves “stranded” – oil, gas and coal that will be literally unusable without expensive carbon-capture technology, which itself alters fossil fuel economics. The exposure of UK investors, including insurance companies, to these shifts is potentially huge.

He warned also of the risks of short-term economic planning:

Climate change is the tragedy of the horizon … The horizon for monetary policy extends out to two to three years. For financial stability it is a bit longer, but typically only to the outer boundaries of the credit cycle – about a decade. In other words, once climate change becomes a defining issue for financial stability, it may already be too late.

It was during the 2015 Paris climate summit that Mr Carney announced the establishment of a Task Force on Climate-related Financial Disclosures under the chairmanship of Michael Bloomberg:

The FSB is asking the Task Force on Climate-related Financial Disclosures to make recommendations for consistent company disclosures that will help financial market participants understand their climate-related risks. Access to high quality financial information will allow market participants and policymakers to understand and better manage those risks, which are likely to grow with time.

How would the Task Force navigate the Scylla and Charybdis of short-term and long-term investor protection? Would it propose a clear and consistent framework, encouraging companies and investors to:

Or would it give companies the latitude to fudge the issue of Paris compliance and to duck questions of the economic dangers of non-compliance, tending to preserve the short-term status quo?

On 14 December 2016 the Task Force published its provisional answer, recommending something approximating to the latter approach. The good news, however, is that its Recommendations are currently subject to a public consultation; and with a few key revisions may yet steer capital investment away from the ‘tragedy of the horizon’.

The most obvious failing of the Recommendations is that they misrepresent the Paris Agreement temperature goal – ‘holding the increase in the global average temperature to well below 2C above pre-industrial levels and to pursue efforts to limit the temperature increase to 1.5C’.

The increased ambition of the temperature goal is, of course, one of the most heralded aspects of the Agreement. Following an extensive Structured Expert Dialogue, the governments of nearly 200 countries rejected a <2˚C scenario as posing unacceptable risks, in particular to climate vulnerable regions and populations.

So what has the Task Force recommended? That companies:

This amounts to encouraging companies to operate as if the Paris Agreement had made no advance on the 2C goal.

No-one involved in the UN climate negotiations could underestimate the political significance of the 1.5C element of the Paris Agreement.

In more concrete terms the distinction between the Paris goal and the Task Force presentation of it equates to something close to a doubling of the carbon budget: according to IPCC figures, emitting 850 GtCo2 would give a 33% chance of limiting warming to <1.5C, whereas 1500 GtCO2 would produce a 33% chance of <2C.

The Task Force recommendations, in other words, would enable companies to present their business plans as being consistent with the Paris Agreement, even where that was manifestly not the case, in effect it proposes a ‘pick and mix’ approach to climate scenarios.

As the Task Force notes, ‘creditors and investors are increasingly demanding access to risk information that is consistent, comparable, reliable, and clear.’

This demand would start to be met if companies reported against the same set of scenarios, eg:

Such an approach would enable investors to compare like with like. It would also facilitate expert, ongoing assessment of the relative probabilities of the different outcomes.

Instead the Task Force proposes precisely the opposite, encouraging companies to self-select a variety of scenarios ‘most relevant to their circumstances’ (as if the social and economic catastrophe consequent on 3C warming, for example, might be relevant to some but not others):

A critical aspect of scenario analysis is the selection of a set of scenarios (not just one) that covers a reasonable variety of future outcomes, both favourable and unfavourable.

In this regard, the Task Force recommends organisations use a 2C scenario in addition to two or three other scenarios most relevant to their circumstances, such as scenarios related to Nationally Determined Contributions (NDCs), business-as-usual scenarios, or other challenging scenarios.

Understanding climate risk is a wickedly complex challenge for investors and creditors as it is. If different organisations report against different climate scenarios according to ‘their circumstances’ the overall picture will inevitably be:

Finally the Task Force risks causing substantial confusion with what may simply be loose drafting. The Task Force acknowledges that:

In most G20 jurisdictions, companies with public debt or equity have a legal obligation to disclose material risks in their financial filings-including material climate-related risks.

Failing to analyse or disclose climate-related risks, leading to investors being misled, may be a criminal offence (indeed Exxon is currently subject to investigation by the US Securities and Exchange Commission for alleged failings in this regard).

Nevertheless the Task Force goes on to describe climate disclosure as if it were a voluntary exercise. Presumably what the Task Force means is that its proposed framework is voluntary. Their wording, however, creates a potentially costly confusion (for all concerned) and should be corrected.

The Task Force has a golden opportunity to encourage investors to better understand the climate stability upon which any long-term financial stability inevitably depends. This requires a clear and consistent global framework for the analysis, assessment and disclosure of their independently and collectively perceived climate risk.

To avoid compounding the existing confusion, the Task Force should therefore:

A radical redirection of capital investment is key to the fulfillment of the Paris Agreement temperature goal and the avoidance of climate catastrophe. The stakes could hardly be higher.

There is a public consultation open to 12 February 2017. There is an online consultation consisting of set questions. It is also possible to submit free-standing sunmissions to [email protected]

Tim Crosland is the Director of Plan B, a charity advancing legal action in support of the Paris Agreement temperature goal.