A right wing government backbencher with ties to mining magnate Gina Rinehart has registered a website for a new political brand, Australian Majority 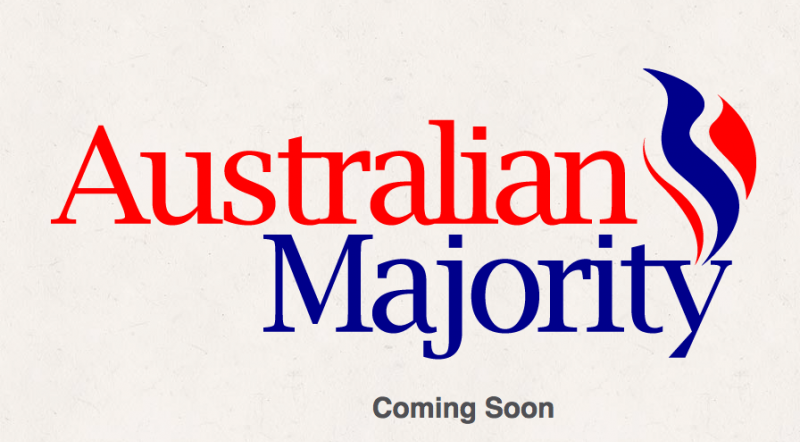 Australia’s climate sceptics look set to have their own home with reports that a conservative government senator plans to launch a new political movement – Australian Majority.

Cory Bernardi, a backbench South Australian senator from the governing Liberal party, has repeatedly denied he will seek to form a break-away political party in 2017.

But this week, the Weekend Australian reported that Bernardi had registered a website and trademark for Australian Majority. It is unclear whether the group will become a pressure group like the US Tea Party or wholly new political party.

Rinehart has sponsored trips for climate sceptics to Australia. Her mining company Hancock is seeking to open a new 32m tonne per year coal mine in Queensland. 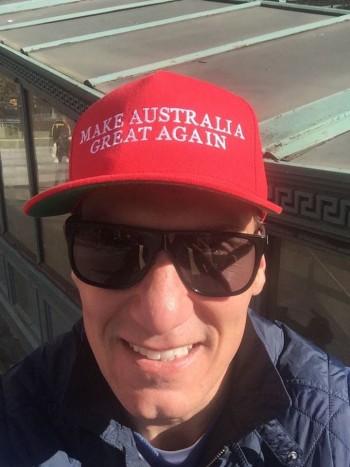 The pair have dismissed rumours of a new Rinehart-backed political party as “gossip”.

Bernardi has fought prime minister Malcolm Turnbull on climate change since his first stint as party leader in opposition, when he undermined Turnbull’s emissions trading scheme policy so effectively that the leader was ousted.

Turnbull was politically weakened in 2016 when he called an early election only to lose most of his majority, clinging to a one seat majority. It means that Bernardi and other conservatives hold Turnbull’s parliamentary future in their hands and they have reminded him of it at every opportunity.

Since the parliament began sitting in the middle of the year, Bernardi and a group of conservative backbenchers have forced Turnbull to change policy or go against his stated personal beliefs on gay marriage and climate change.

Most recently Bernardi was the first of a series of government figures to publicly denounce their own energy minister for suggesting that the government would assess the benefits of an emissions trading scheme in the electricity market. Turnbull followed suit the next day.

Given this success, the Australian Majority movement may be a mechanism to pressure the government from within, oxymorinically opposing progressive policies that are supported by most Australians.

The new political brand would build on Bernardi’s Australian Conservatives pressure group, which it claims has attracted 60,000 email subscribers since launching in July.

Another climate sceptic government MP who has fulminated against Turnbull’s small ‘l’ liberalism is George Christensen, a member of the National Party that governs in coalition with the Liberals.

Christensen has ties to the Heartland Institute, a US climate sceptic think tank. In 2014, the group flew him to Las Vegas to take part in their “international conference on climate change”.

In a pre-Christmas Facebook post Christensen foreshadowed a split in the conservative side of politics: “What the Turnbull government needs to do is start being more loyal to the voters and the party members who sent us here or there will come a time when remaining inside the tent is no longer tenable to my conscience or my voters.” 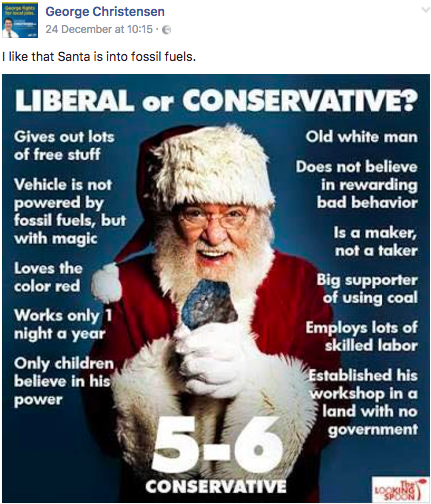 Commenters on his Facebook page worried that a split in the government would hand the prime-ministership to Labor’s Bill Shorten, a former union leader whose resurgent party has benefitted from the deep ideological rift in Australian conservatism.

Bernardi is also a loyalist of former prime minister Tony Abbott, who himself has undermined Turnbull’s leadership from the backbenches throughout 2016.

In an echo of Christensen, Abbott used social media just before Christmas to make clear that he feels the government is drifting away from the values of its voters.

To be strong & united, the Liberal Party cannot take the base for granted & must convincingly argue for its values & principles.

Christensen and Bernardi will find ideological bedfellows in the far-right One Nation party, which roared back to life in 2016 after a decade in the political wilderness. Their rise has been aided by changes to voting rules and a double dissolution election that favoured all minor parties.

One Nation senator Malcolm Roberts became a global poster child for irrational arguments about climate change when he was pitted against UK scientist Brian Cox on a panel show earlier this year.