Comment: News programmes let us down by hosting irrelevant debates when we face so many urgent and interesting questions. 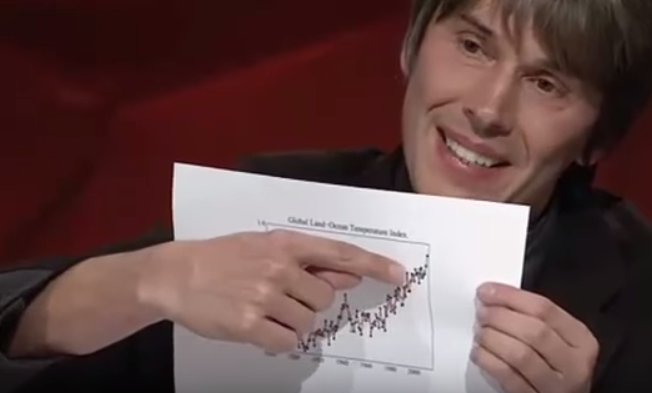 The sight of a charismatic celebrity physicist toying with an Australian senator’s climate scepticism has tickled a global audience.

But when news programmes present uncontroversial aspects of climate science as somehow unsettled, we all lose.

Prof Brian Cox and Malcolm Roberts squared off on the Australian Broadcasting Corporation’s panel show Q&A over the factual basis for global warming.

They ran over some very old ground, including the “pause” in warming since 1998 – which didn’t happen – and the global scientific conspiracy – which we can only hope is happening because climate change is worse than being lied to by a global cabal of shady scientists.

Roberts, a well-known arguer against the scientific consensus on climate change, had been brought on the show for one reason. Cox had come prepared, brandishing a graph showing the rising global surface temperature.

It was a confected affair. Q&A knew exactly the spectacle the two would create. Newspapers and television in Britain, where Cox is hugely popular,  as well as dozens of internet sites enthusiastically reported the exchange.

But when programmes like Q&A, which is one of the most watched current affairs programmes in Australia, go for headlines it emboldens the voices of climate scepticism.

The very next day, Queensland’s opposition environment spokesman Christian Hunt told the state’s parliament: “There is no doubt that whilst climate change is real and has occurred over thousands of years, what has always been in scientific dispute is the extent of man’s contribution.”

This pattern is repeated across the world. In March, the BBC invited well-known climate sceptic Piers Corbyn to debate whether the time had come “to take climate change seriously” – a question decades behind the actual discourse happening between the world’s scientists and leaders.

This has been previously described as “false balance”. But it is worse than that. Producers choose which questions they should be asking. Roberts would argue that he has a right to express his position. This is true. But such a position is simply not relevant.

Cox’s most telling input was when he turned away from Roberts and told Q&A host Tony Jones: “The key point is can we respond to it? Do we have the political institutions and the political will and the organisation globally to respond to this challenge?”

These are the hard questions societies are struggling with all over the world.

The Australian government repeatedly faces questions over the adequacy of its policies and the ambition of its commitments to the Paris climate agreement.

The man who drafted those policies, former environment now innovation and science minister Greg Hunt, was sitting beside Roberts.

It might have been entertaining. But it’s not the conversation we need.