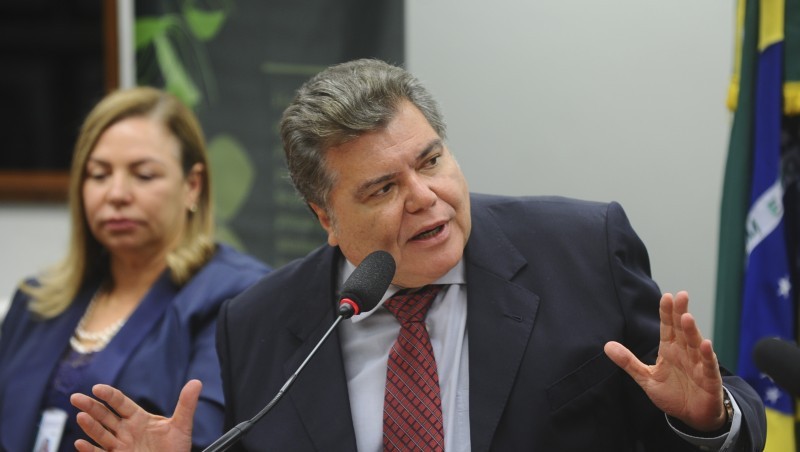 Brazil’s government is divided on a bill to tear up federal environmental regulations and hand responsibility to states.

Promoted by the rural lobby, the proposal would exempt farming and forestry – responsible for nearly 70% of the country’s greenhouse gas emissions – from current licensing laws.

Eliseu Padilha, chief of staff to president Michel Temer, is understood to support the bill, which was presented to the parliamentary finance committee on Wednesday.

But environment minister Jose Sarney Filho warned in a letter to the presidency it would spark “environmental civil war” (guerra ambiental entre os estados), with states competing to offer the weakest restrictions on development.

That could undermine the country’s climate commitments, which depend on halting deforestation. In 2016, the latest data shows, the area of forest cleared increased 29% to the highest level in eight years.

More than 250 NGOs have signed an open letter opposing the bill, which they said had been produced without adequate consultation.

“This project hasn’t been debated in any instance. If it gets passed, the risk of new environmental disasters will be significantly increased and Brazil’s ecological balance will be in jeopardy,” said Mauricio Guetta, a lawyer at Instituto Socioambiental.

As the country grapples with a prolonged economic recession, Brasilia is under pressure to ease restrictions on investment.

Earlier in the year, Sarney Filho attempted to reach a compromise with big business, proposing to speed up the licensing system while preserving environmental standards. But his proposal has not found favour in a Congress dominated by “ruralistas”.

“Environmental protection is an old bargaining chip, because the government has no interest whatsoever in it,” said Mario Mantovani, head of public policy at forest protection non-profit SOS Mata Atlantica. “The 1988 Constitution has changed Brazil’s standing as a democracy that cares for human rights and its environment. Some groups are still not happy with that.”

The finance committee is set to decide on 21 December whether to send the bill for consideration by the whole of Congress.

Sources close to the environment minister say he will resign if it becomes law, further deepening a political crisis in Latin America’s largest economy.