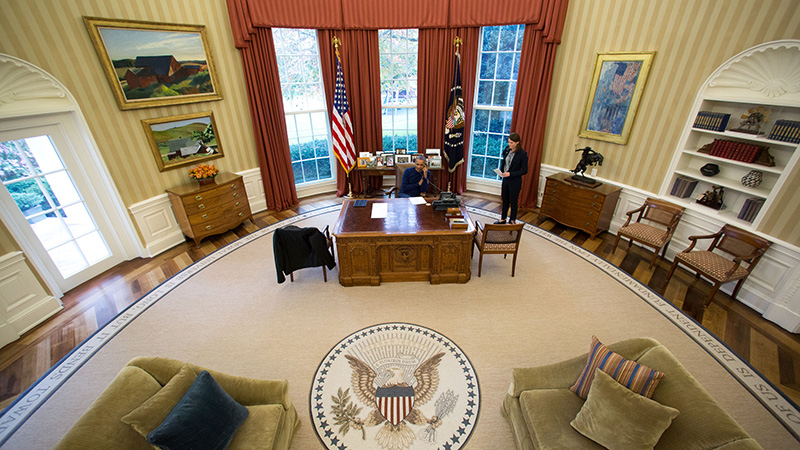 The world “will not achieve its climate goals” without an active US administration leading on greenhouse gas cuts, the White House has warned.

In a report published on 16 November, US president Barack Obama’s climate team argue the country’s leadership is vital to “galvanize the international community”.

“Indeed, the United States has been a key driving force behind the strong recent momentum toward global action on climate change, including rapid entry into force of the Paris Agreement,” they write.

The bleak assessment of global climate action without the US is buried in a 110-page plan for the country to slash emissions 80% on 2005 levels by 2050, presented at recent UN talks in Marrakech.

In contrast to the Obama administration’s pledge to cut emissions 26% on 2005 levels by 2025, president-elect Donald Trump has indicated he could withdraw from the 2015 Paris climate deal.

ICYM – the full US 2050 #climate plan is well worth a read, including some stellar GFX https://t.co/yBlwVC7LPF pic.twitter.com/Mlxn8VJ8TJ

Agreed last December by 195 countries, it formally came into force on 4 November and commits countries to work towards limiting warming to “well below” 2C above pre industrial levels.

At the last round of UN climate talks, countries agreed to finalise a rulebook for the deal and review the pace of global carbon cuts in 2018.

While Trump has mooted increased support for the US fossil fuel industry when he takes office, that cash should be going to cleaner sources of power, say Obama’s officials.

For the US to meet current and future targets under the Paris deal, the incoming presidency would need to deploy “increasingly ambitious” carbon cutting policies and boost green funding.

“The pace of emissions reductions will need to double after 2020 to achieve the 2025 target, and the United States will need to sustain that accelerated pace through 2050,” says the report.

Policies the incoming president should consider adopting include a US$20 tax per tonne of CO2 in 2017, they argue, placing emissions on a pathway consistent with 80% cuts by mid-century.

Conversely, doing nothing will “disproportionately harm the most vulnerable Americans, including children, the sick, the poor, and the elderly,” says the report.

“Warming of an additional 1C above the 2C target called for in the Paris Agreement could increase economic damages by approximately 0.9% of global output. This is the equivalent of reducing US GDP by about $150 billion each year.”