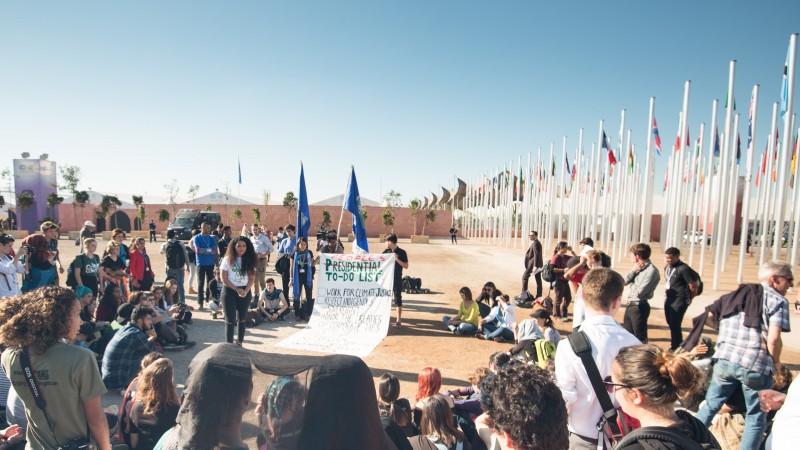 Donald Trump’s shock election triumph may have already claimed one casualty: US membership of the coalition of nearly 100 countries that helped deliver the 2015 Paris climate deal.

In a statement released on Friday, ministers from the “High Ambition Coalition” said the new UN pact represents a “turning point towards a more prosperous and stable world.”

The emailed statement was backed by EU commissioner Miguel Arias Canete along with ministers from Mexico, Germany, Norway, Sweden and a group of the world’s poorest nations – but no US.

Instead it concludes with a promise by the group to remain “climate leaders” and “to work with the whole international community, including the United States”.

How countries become and remain members of the HAC remains unclear, but the US was a key player in the group 11 months ago in the French capital.

US secretary of state John Kerry also allied with the group when delivering UN aviation and HFC gases emission deals earlier this year.

But with heads of state and senior officials arriving in Marrakech ahead of week 2 of the COP22 UN climate summit, the apparent split illustrates the small but visible changes the Trump win is already causing.

One senior UN official – speaking off the record – described the volatility and “turmoil” that the billionaire’s victory has generated, especially as his policies remain a mystery.

Trump has previously described climate change as a hoax and this week appointed an avowed enemy of the UN climate process to lead his transitional environment team.

But leading diplomats in Morocco remain unconvinced he will deliver on his threat to “cancel” the Paris Agreement, or that any one country can undermine the deal.

“Our policy is that our actions will not be impacted by a new US government. We would continue to be an active player,” said Gu Zihua, deputy director at China’s Climate Change Office in the Ministry of Foreign Affairs in a media briefing.

“We have heard some opinions from friends but we hope this will not happen, and we hope the US government will consider this very seriously before taking any action.”

“Action by the international community will not stop because of the new government of the United States.”

Report: How could the Trump presidency impact global climate policy?

That position was echoed by a Saudi Arabian source at the talks: “History shows that climate action is global in nature. Universal participation will enhance its ambition,” they said.

Other envoys remained tight-lipped on potential impacts from a US exit, which was last witnessed in 2000 when George W Bush pulled out of the Kyoto Protocol, which committed developed countries to mandatory emission cuts.

Off record most delegates at the summit appear to think Trump is a looming disaster: on the record it’s a different story.

“I will not speculate on any future policy direction,” said Elina Bardram, the EU’s top negotiator in Marrakech this week.

“I don’t know if the US can get away from this agreement,” said Shigeru Ushio from Japan’s ministry of foreign affairs. “Japan will maintain its position,” he added.