Comment: Highlighting climate impacts of aviation and need for UK to act on climate change are laudable goals, but without a wider strategy what do they achieve? 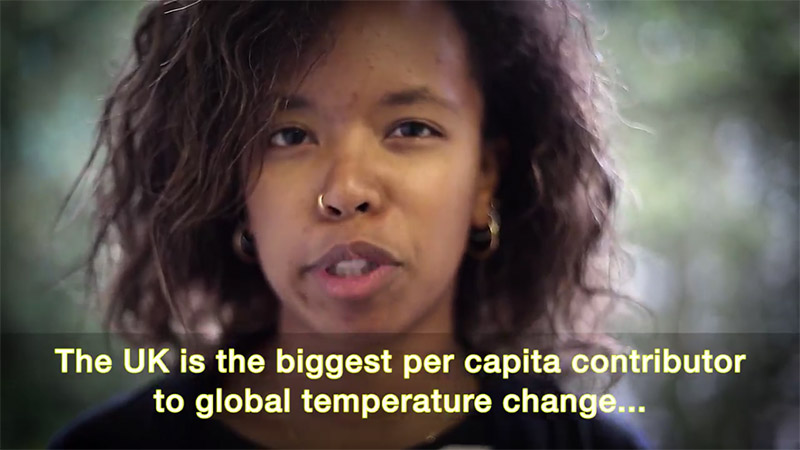 Black lives matter, and they will be disproportionately impacted by climate change.

It’s a message a small band of protestors brought to London City Airport on Tuesday, halting flights for a few hours and infuriating stranded passengers.

Putting aside the understandable anger of the travellers (who wants to be stuck in a pokey airport?) it’s worth considering a few points.

Black lives will be impacted deeply by global warming: it’s a statement grounded in science.

The most recent UN climate science study offered a fairly bleak assessment of the impacts global warming will have in Africa.

“I don’t think Black Lives Matter is only working on the environment” says @CarolineLucas on airport runway protest https://t.co/GmdWGak7zk

Food security, human health and access to clean water would all be impacted, said the Intergovernmental Panel on Climate Change in 2014.

It warned that by mid-century sub-Saharan Africa could see maize yields fall 19% and catches of fish plummet 21%, while incidences of severe child stunting could soar.

A 2015 report commissioned by the UN Environment Programme said extreme weather events could cost the continent $50 billion a year by 2050.

Black Lives Matter – which started in the US as a protest against institutional violence and racism directed towards African Americans – has longstanding links to the climate movement.

We can't separate the fight for climate justice from the fight for Black Lives! #BlackLivesMatter @StandwDignity pic.twitter.com/DRFHlEJpgY

As for the location of their protest, a British runway does makes sense.

The aviation industry accounts for 2% of global emissions, and growth is projected to soar as demand rises in developing countries.

That’s why the US, China and EU are supporting plans for a new UN aviation emissions pact, due to be sealed in Montreal next month.

And given the UK was the birthplace of the industrial revolution, it’s no surprise that its per-capita cumulative emissions are among the highest in the world.

That’s why there’s intense pressure on the government to ratify the Paris climate agreement from opposition politicians and green groups.

Perhaps there is a reason for this. While the protestors can argue their cause is just, their methods broke with the climate protest playbook carefully crafted by British green groups.

At the heart of that is the need to engage with a cross-section of the public, a point articulated by Emma Pinchbeck, head of climate and energy at WWF-UK, in a recent blog.

“We need to reach a broader audience, with a language and set of values that work for all voters,” she writes. “Without this, relying on numbers will not be enough to win the argument for rapid decarbonisation.”

While gaining a media splash, what the City Airport protest failed to do was deliver a clear narrative for UK climate action, which is essential under a new Brexit-focused government.

Asserting cumulative UK per-capita emissions are the highest in the world and hawking the dubious claim that the country is largely invulnerable to climate impacts is not an agenda for action.

Equally, the argument posed yesterday that climate change is “racist” seems needlessly polarising. Does that make car drivers racist? Does it mean heating your beans on the gas hob makes you a racist?

“In a nutshell people want to connect to issues of justice but allow them to act in a proportionate way… the majority of British are sceptical of traditional environmental tactics,” says Jamie Clarke, executive director of Climate Outreach (he has a book out on this soon).

“Traditional tactics are not effective anymore…people are motivated by injustice and bigger problems but when it comes to climate change the traditional narrative of doom and gloom and change your light bulb do not resonate.

“People are prepared to take actions but it needs to be seen to be proportionate and want to be able to relate to the campaigners.”

That’s not to say there’s no space for direct actions: who can forget Greenpeace climbers ascending the Shard in 2013 to highlight environmental impacts in the Arctic?

But spectacular stunts come with risks, notably pissing off innocent holidaymakers and alienating the majority of the population.

To win on climate you need coalitions, a point emphasised by NGO veteran Brendan Cox in his seminal Campaigning for International Justice report in 2011.

Written in the aftermath of the failed Copenhagen climate summit of 2009, its central thesis was used and effectively implemented by climate campaigners on the road to the 2015 Paris climate summit.

“What is clear is that more radical groups and campaigns have a strong record of trailblazing, shifting the political centre of gravity, and investing in controversial policy areas and making them safe over time,” he wrote.

“However, it is equally true that the evidence strongly suggests that campaigns willing to balance ideal policy objectives with political strategy are the most successful in actually achieving change.”