US, India edge towards ‘biggest climate win’ in 2016

Comment: Despite its huge reliance on old cooling technologies, Delhi can leave a winner from October’s HFC negotiations, argue experts from US green group NRDC 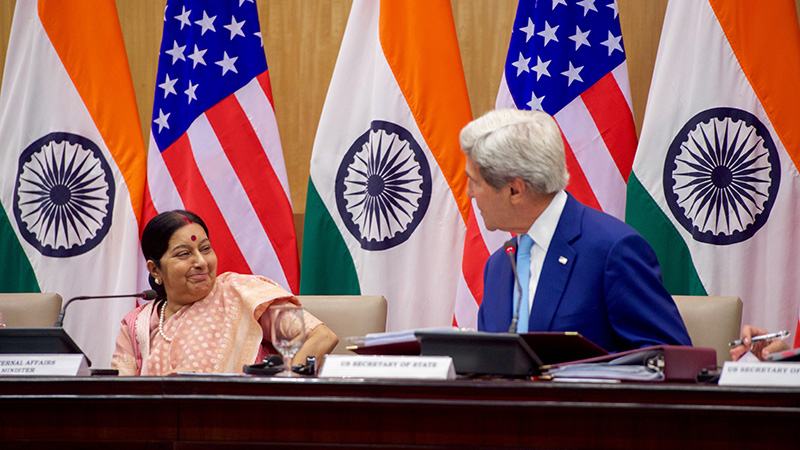 By Anjali Jaiswal and Bhaskar Deol

Building on the Modi-Obama agreement, Indian External Affairs Minister Sushma Swaraj and US Secretary of State John Kerry and several key officials are meeting in New Delhi to iron out priority climate issues – including a global agreement to phase down hydrofluorocarbons (HFCs).

In June 2016, Prime Minister Narendra Modi and President Barack Obama vowed to early ratification of the Paris Climate Agreement this year. The leaders also committed to work toward a global agreement to cut heat-trapping HFCs under the Montreal Protocol this year.

The high-level discussions this week builds on years of concerted efforts by both countries to deepen the U.S.-India strategic partnership on climate change as well as the protracted negotiations under the Montreal Protocol with the most recent meeting in Vienna last month.

Why does this matter?
HFCs are mostly used in air conditioning and refrigeration, for making insulating foams, and in some aerosols. Pound for pound, they pack thousands of times the heat-trapping punch of carbon dioxide. Though accounting for only 1-2 percent of total warming now, HFCs are the fastest growing climate pollutants, due to surging global demand for air conditioning as incomes rise in emerging economies such as India. HFCs could raise global temperatures by as much as 0.5C by 2100 if growth continues, dramatically reducing chances of achieving the Paris targets.

Addressing HFCs under Montreal Protocol is critical to protecting the planet from climate change, and would work toward global efforts to meet the 1.5C pathway outlined in the Paris Agreement.

Nearly 200 nations around the world have been working for several years towards a global agreement under the Montreal Protocol for phasing down HFCs. Parties have agreed to work toward an agreement this year, nearly one year after Paris and before the next set of climate talks in Marrakesh.

In addition to working toward ratification of the Paris Climate Agreement, Minister Swaraj and Secretary Kerry are expected to bridge gaps on key Montreal Protocol issues.

The main issues include baselines, HFC phase-down schedules and funding for developing countries. Resolving these threshold issues now will pave the way towards a final amendment this October in Kigali, Rwanda – and could be 2016’s biggest climate win.

The African Group, Pacific Island countries, leading Latin American and Caribbean countries, the US, European Union, Japan, and other OECD countries led developing country ambition, beginning their phase down in 2021.

Other Latin American and Asian countries fixed the freeze in 2025, China and Pakistan proposed 2025 – 2026.  Saudi Arabia and other Gulf States suggested 2028, and Iran 2029. India sought to continue HFC growth for another 15 years, with a freeze postponed to 2031.

-Countries need to resolve differences in selection of baseline and freeze years, and begin work on the phase-down steps. For a successful amendment in Kigali, countries need to converge on the dates for freezing and reducing HFC production and import, and on formulas for country baselines.

An early freeze date is critical to avoid unnecessary HFC growth and transition to next-generation alternatives. Three of the amendment proposals include freeze dates in the early 2020s for developing countries, while India’s proposal postpones a freeze for more than a decade.

-Provide developing countries strong assurances that developed countries will take the lead. By cutting their own HFC use, continuing to commercialize safer alternatives, and contributing sufficient resources to the Multilateral Fund, developed countries would be sending a strong signal to developing countries that technologies will be available commercially and cost effectively when the time comes for their markets to transform – with licensing and grace periods as part of the agreement structure.

The US, the European Union, Japan, and other developed countries have pledged to contribute additional resources. Other countries could negotiate and firm up their mutual commitments to phase down schedules and Multilateral Fund support. This would give a clear indication of the amount and timing of funding available, and instil trust in the negotiations for all Parties.

India has been a leader on the Montreal Protocol and successfully phased out chlorofluorocarbons ahead of schedule. Using HFCs is no longer the best technical choice, because environmentally superior alternatives have been commercialized and are emerging for most applications, as international markets surge ahead.

Changing refrigerants is a unique opportunity for manufacturers to redesign and optimize equipment for energy efficiency. An HFC phase down under the Montreal Protocol would also catalyze significant gains in air conditioning and refrigeration system efficiency, in the range of 30% to 60%, further helping reduce indirect carbon dioxide emissions from air conditioning use.

Given the rising middle class and increasing temperatures in an already hot and humid climate, the commercial, residential, and motor vehicle sectors are expanding the use of air conditioning units in India. 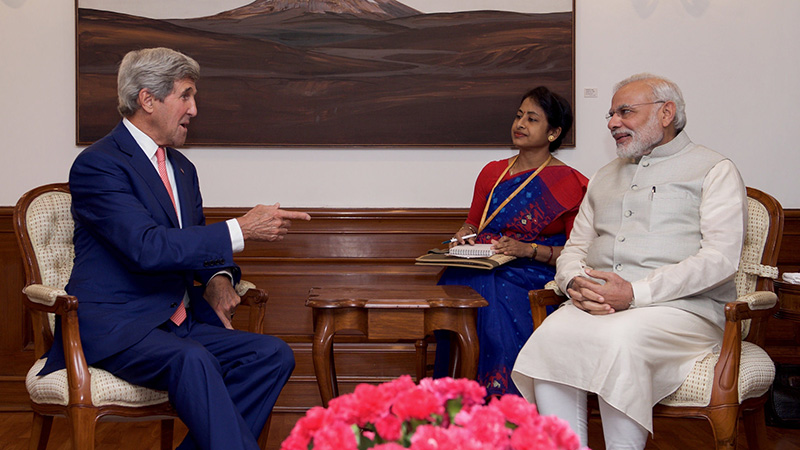 Leading companies in India, such as Godrej and Daikin, are moving forward with environmentally friendly and energy efficient room air conditioners in India’s energy-scarce market. The automobile industry is also phasing down HFCs internationally, signaling opportunities for the Indian export market.

Chemical manufacturers can produce HFOs domestically now, as evidenced by the licensing agreement announced by Honeywell and Naveen Fluorines India Limited (NFIL) for production of HFO-1234yf in India

Achieving a favourable Montreal Protocol HFC agreement presents a major opportunity for India. Companies can seek funds to cover costs for transitioning to better alternatives in India. Since the technology is rapidly changing, Indian companies can also look ahead and avoid obsolete technology while covering transition costs from Montreal Protocol’s Multilateral Fund.

Another big benefit for India will be availability of funding to spur energy-efficient appliances, further locking in energy and costs savings. By working to tackle peak electricity demand—which is directly correlated with air conditioning use—India can move towards energy security and universal energy access.

The meetings in New Delhi this week can show commitment following the Paris Agreement that puts both countries on a path to a more sustainable future that supports economic growth and improves the lives of millions.

Over the past few years, both countries have taken sincere action to build momentum and goodwill on climate action. Solidifying the leadership roles of the U.S. and India is essential to combatting climate change and encouraging a stronger global response, with benefits not only for our two countries, but also for the world.