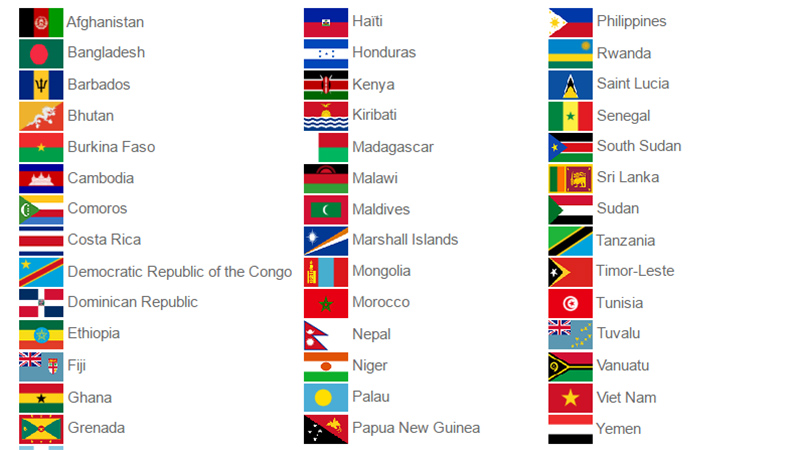 Ethiopia has assumed the chair of the Climate Vulnerable Forum from the Philippines, taking charge of a 43-country strong group committed to tougher climate targets.

Launched in 2009, the CVF was credited with ensuring the 2015 Paris agreement adopted a new, lower, aspirational global warming ceiling of 1.5C.

“Under Ethiopian presidency of the CVF will be vocal, visionary, visible and vigilant in our work to limit the rise of global temperature to 1.5C degrees,” said the country’s environment minister Shiferaw Teklemariam Menbacho.

“The 2015 Paris Agreement has been hailed by many as a landmark agreement, but its aspirations will not happen on its own. This is where the role of the CVF becomes even more crucial,” said Filipino senator Loren Legarda.

As chair Ethiopia will be tasked with leading the group’s advocacy in the build-up to the COP22 UN climate summit in Marrakech, Morocco in November.

Ethiopia has long been at the front line of extreme weather events. Aid agencies say a harsh El Nino weather phenomenon contributed to failed crops and a spike in hunger levels this year.

According to the BBC hundreds have been killed in the past two weeks after demonstrators clashed with police in different parts of the country.

Supported by the UNDP, other members of the CVF include Bangladesh, Costa Rica, Kiribati and the Maldives.

This week the CVF also revealed it was coordinating a new partnership aimed at delivering better climate and weather forecasting to vulnerable nations, which will be headquartered in Manila.