Europe needs a greener investment plan for its energy union

Gas and motorway projects offer poor value for money and could be stranded as climate regulations kick in, say E3G researchers 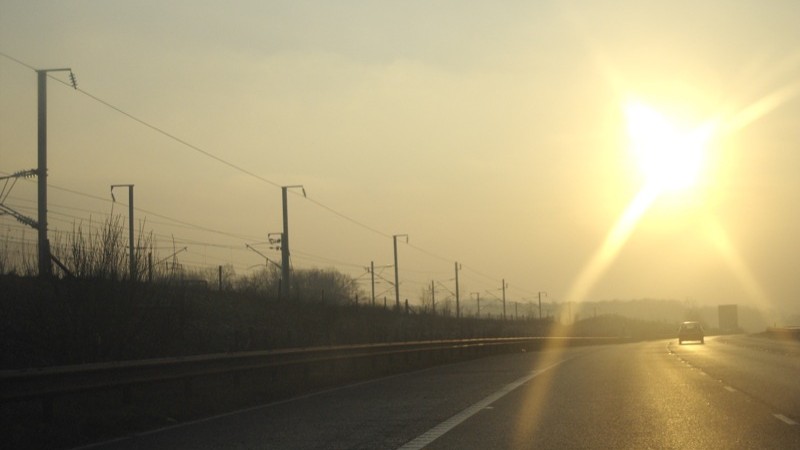 By Luca Bergamaschi and Tom Jess

The initiative to help overcome the investment gap in the EU by mobilising private financing for strategic investments is a good one.

Within that, we have seen a positive effort to build a sustainable energy union, but this needs to be scaled up. Investments which deliver high economic value and security for all EU citizens and businesses should be the sole focus.

Latest figures of show that since Juncker’s Investment Plan for Europe launched last year, €4 billion of the available funding (€21 billion) has been channelled into the energy sector, the single bigger receiver.

While renewables and energy efficiency projects enjoy the largest share of investment put forward (with 11 and six projects respectively), the EFSI did not go far enough to provide much needed funding for residential building efficiency and electricity networks (with one project put forward each).

This is despite the transition towards a sustainable energy union requiring, by the Commission’s estimate, over €2 trillion by 2030 for electricity networks, energy efficiency and clean generation.

For building renovation and retrofitting alone, the Commission’s Energy Efficiency Financial Institutions Group estimates that €70 billion a year is needed by 2030. The building efficiency challenge is critical, given its huge saving potential and related security and economic benefits.

The European Parliament has recognised this and recently called on the Commission to treat energy efficiency as an infrastructure priority, making it a primary consideration in future investment decisions.

The residential sector accounts for two thirds of final energy consumption in European buildings. Delivering the potential savings would cut gas imports by the equivalent of 80% of imports from Russia, saving between €1 and €2 trillion.

By better integrating building efficiency with the electricity and gas systems, the EU could reduce the need for new gas infrastructure by 80%.

The EFSI should therefore not only scale up sustainable investment to fill the current gap but also stop financing high carbon projects that deliver low public and private value, add unnecessary capacity and undermine Europe’s efforts to limit climate risk. 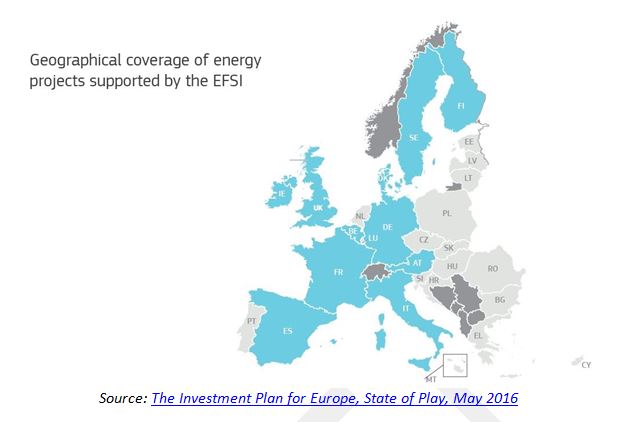 Member states with the highest potential for energy efficiency investment and the highest dependence on Russian gas imports have received none of the available investment in the energy sector so far. 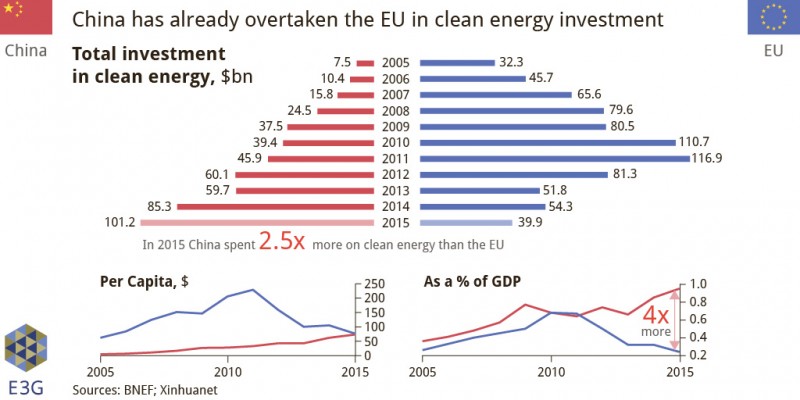 The energy and transport infrastructure investments made over the next few years will still be with us in 2050, by which time Europe’s economy will need to have shifted away from fossil fuels.

The EFSI must bring new investment into Europe’s energy transition rather than pushing more funding into high carbon projects that could ultimately become stranded as the EU meets its climate and energy goals.

At a time when clean energy investment in Europe is falling, the US and China are scaling up their domestic and external projects. It is critical that the EU increase its efforts if we’re not to be left behind. Long-term investments are crucial for Europe’s security, growth and competitiveness.

Luca Bergamaschi is a policy advisor and Tom Jess a researcher at think-tank E3G. A longer version of this article can be found on the E3G website