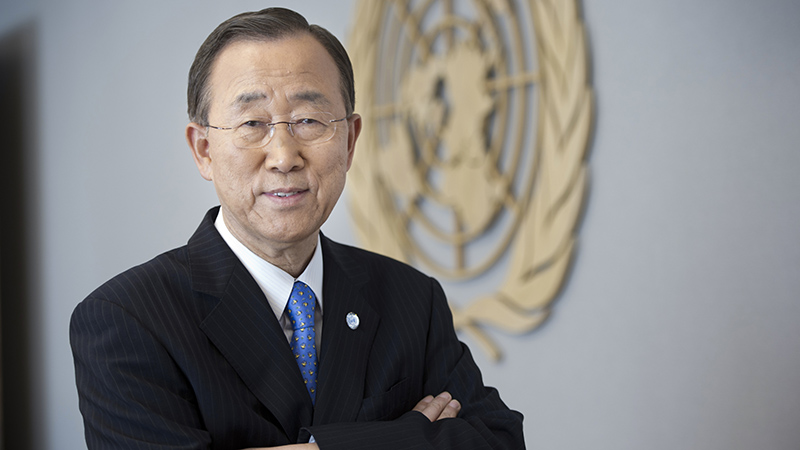 UN secretary general Ban Ki-moon has asked world leaders to ratify the Paris climate deal on 21 September at a “special event” during the General Assembly meeting in New York.

“The next step in our collective journey to a low-carbon, climate-resilient future is to ensure the rapid entry into force of the Paris Agreement,” he said in a letter to governments.

“Doing so will create incentives for early implementation of nationally determined contributions and build support within markets and societies for increased climate ambition.”

On 22 April, ministers and officials from 175 countries signed the agreement, but so far only 19 governments have ratified the deal, which requires the backing of 55 countries covering 55% of global greenhouse gas emissions to enter into force.

“It is expected that the September event will help efforts to secure early entry into force of the agreement,” said an email from the UN to media.

Off the charts. June marked the 14th consecutive month of record heat for land and oceans https://t.co/uqnKxV7PFC pic.twitter.com/5gq68Yogcs

China, India, Brazil, Canada and the US have indicated they plan to formally approve the deal this year, a combination that would take the emissions total to just under 50%.

According to the US environmental group NRDC a further 25 countries have indicated they will sign up before the end of 2016, which could be enough to meet the 55% threshold.

UN officials are understood to be keen to bring deal comes into force before the US presidential election, which could result in the climate sceptic Donald Trump assuming office.

Manila would not honour its climate commitment, he said, adding he wanted to “kick” an ambassador who asked him about his emission cutting plans.

In an interview with Climate Home, Maldives environment minister Thoriq Ibrahim said all nations rich and poor should accelerate plans to sign the deal, arguing it was in the world’s interest.

“It’s a good deal for developing countries and small island states,” he said. “It’s important all countries large and small ratify and honour the spirit of the agreement.”

Ban’s plan was welcomed by Patricia Espinosa, who recently replaced Christiana Figueres as the head of the UN’s climate body in Bonn, Germany.

“It will provide a focus and an opportunity for many more nations to step forward so that early entry into force of the agreement can occur sooner rather than later,” she said.

Scientists say radical cuts in global emissions are needed to limit warming above pre-industrial levels to below 2C, beyond which an increase in extreme weather events and sea level rise is projected.

According to latest data from US climate agency NOAA, heat across land and sea through June “shattered records”.

It was the 14th consecutive month of record heat, according to a statement issued on Tuesday.