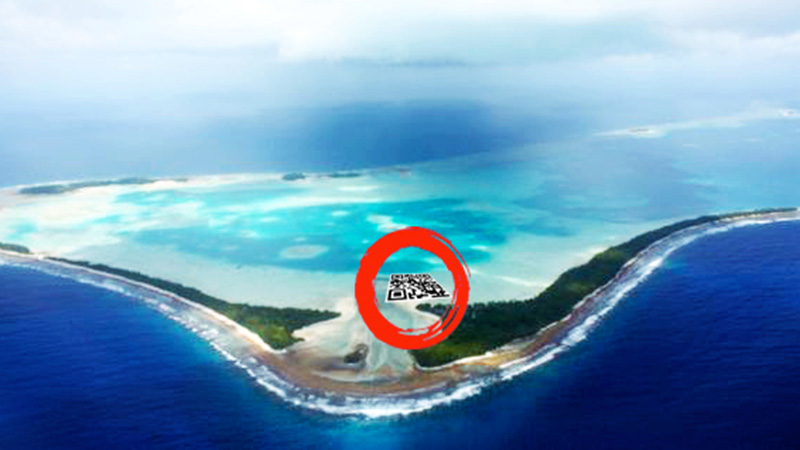 The tiny Pacific island nation of Tuvalu has revealed plans to plant a mangrove forest in the shape of a QR code in a bid to highlight its vulnerability to climate change.

It’s the idea of Taiwanese artist Vincent Huang, who has long worked with Tuvalu’s government to draw global attention to the country’s struggle against rising sea levels and erratic rainfall.

In a statement sent to media, Huang said he will start planting mangrove trees at Funafala islet next month.

When complete, he said people could use their QR readers to scan the mini forest and read about the impacts of climate change around the world.

It will “represent the ridiculous thinking about climate change,” Huang said. “Once Tuvalu is submerged all waterfront areas will face the same crisis.”

Last December the country’s prime minister Enele Sosene Sopoaga made an impassioned appeal to the global community for greater efforts to slash greenhouse gas emissions at UN talks in Paris.

“The people of Tuvalu cannot understand why, if people are horrified by and vigilant against terrorist attacks, they do not take action against imminent climate disasters,” he said. 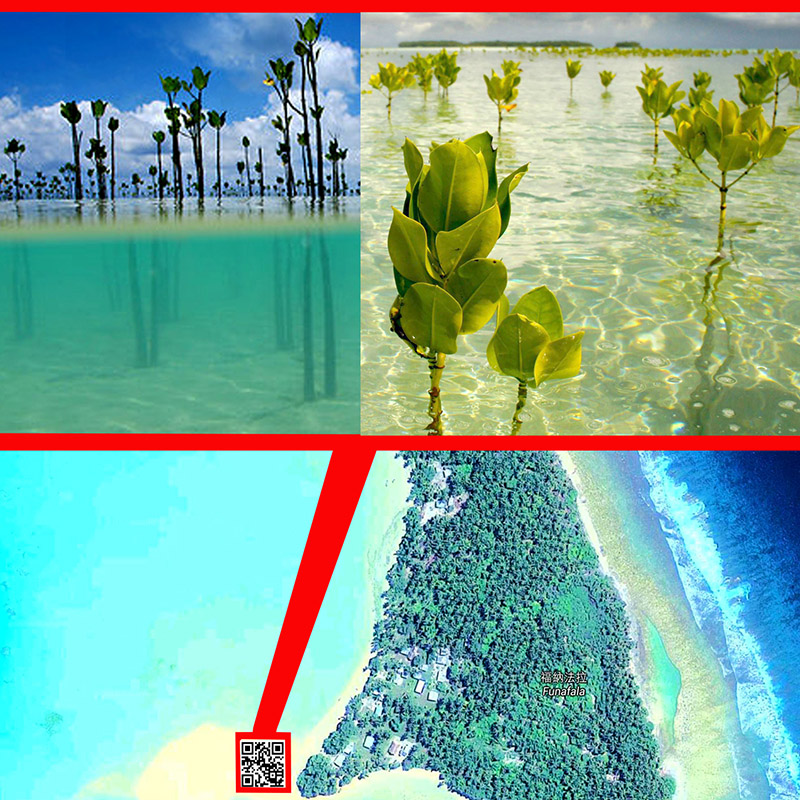