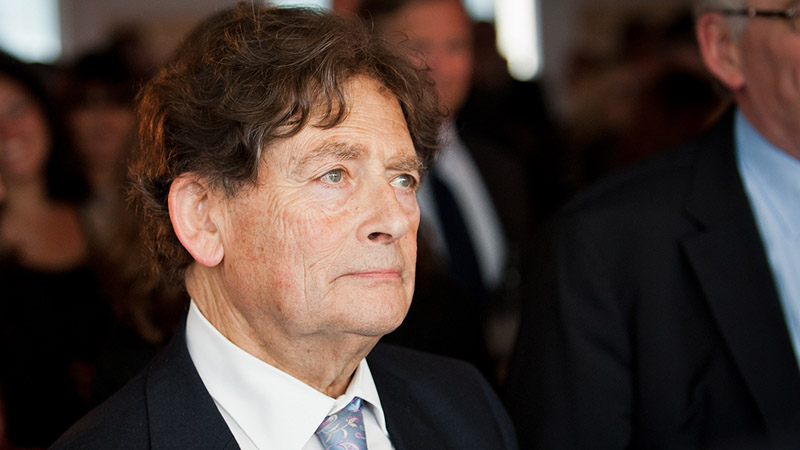 Two seats away, a rather nervous and red-faced law professor held court in committee room 2, a high ceilinged room in Britain’s parliament with views over the Thames.

Facing him sat around 50 people, mostly men with an average age nearing 70, drawn together by their mutual distaste for Britain’s climate change laws.

All were here on the invitation of the UK’s top climate sceptic lobby group, the Global Warming Policy Foundation.

All nodded with appreciation as David Campbell, a professor at Lancaster University, revealed he did not know how to download the latest version of the 2015 Paris climate change agreement. 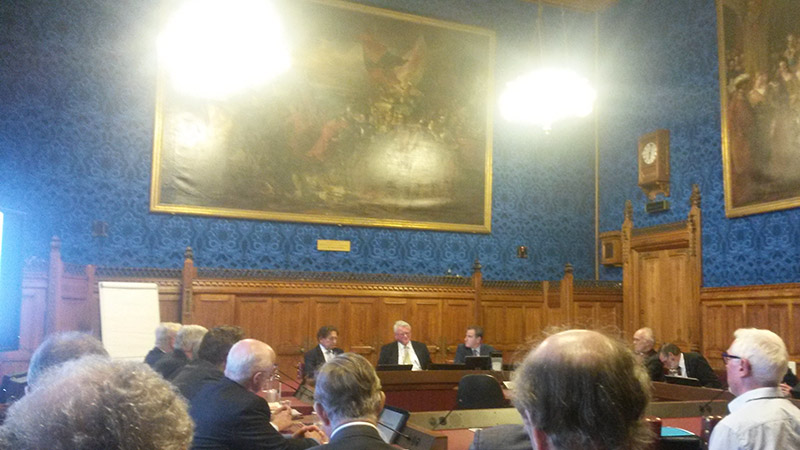 “I updated this from the UN website,” he stammered – face turning red in the airless chamber after it was pointed out his presentation was based on an outdated draft.

Called out by Simon Evans, a journalist with the Carbon Brief website, Campbell first suggested the UN had published different texts on various websites, then backtracked: “I don’t think it really matters.”

Some might suggest an inability to source correct documents matters, especially as the crux of his attack on the Paris deal was based on a word that is not in the final, binding, text.

At issue was a paragraph in Article 4.4 of the 32-page document. In the version Campbell cited, rich nations were obliged to make carbon cuts and poorer countries were not.

What he had failed to notice was the drama in the closing hours of last December’s talks that made headlines around the world.

In a last minute huddle, the US insisted the legally binding term “shall” was a typo and got it changed to a looser “should”. It put developed and developing countries on the same footing when it came to tackling global warming.

The deal is legally binding although the national targets are not: The Decision states that it “decides to adopt” the Paris Agreement, under the 1992 UN Framework Convention on Climate Change (Paragraph 1). It uses the critical language, “entry in force” (Paragraph 8), which signals that countries consent to be bound by it under international law. And in the Paris Agreement, Articles 20 and 21 made it clear that this is a legally binding document, “subject to ratification, acceptance or approval” (Article 20.1).

In the professor’s analysis, published on the GWPF website and presented on Monday in Parliament, this never happened.

On one side of Campbell sat an ashen-faced Lord Lawson, former chancellor and doyen of climate sceptics; on the other Benny Peiser, head of the GWPF.

It appeared to be dawning on both that their hired expert had mistaken a draft of the 2015 climate deal for the real thing.

No, said the professor, he had never been to a UN climate conference nor spoken to envoys who took part. His advice was based on secondary documents.

No, he refused to accept the Chinese government position that it will peak greenhouse gas emissions by 2030 or that growth can be uncoupled from emissions, as it is in the UK.

Yes, a law professor from Lancaster did have more of an insight into China’s climate policy than the authors of its national plan in Beijing. Dramatic falls in the cost of renewables and huge clean energy investments in India and China were studiously ignored.

“China is not going to undertake any absolute emission reductions… the peaking will be the peak in economic growth,” he said. “Economic growth must imply a growth in emissions,” he added.

As the journalists present processed his talk and accompanying booklet, other gaps emerged.

Why, for instance, did the professor say the 2C warming goal has “no justification whatsoever” when it was clearly agreed by over 190 countries on the advice of the scientific community in 2010?

Jeremy Nicholson, a lobbyist with the UK Energy Intensive Users Group warned that tough climate goals in the UK were moving heavy industry to China and India. Nods all round.

Soon the questions were flowing.

One gentleman in tweed asked when the “pause” in global warming would stop, forgetting perhaps 2016 will be the warmest year on record.

Another asked if it was sinful to stop developing countries getting access to fossil fuels (the bishop stayed mum). Secret geoengineering was afoot, said someone else.

Lord Lawson intervened. “The problem is, none of the Paris Agreement is legally binding. It was a PR success.”

The UK’s 2008 Climate Change Act was a “huge, massive, self-inflicted wound” likely to be reviewed by a future government free from the EU, he added.

At the mention of the EU, the bishop appeared to wake up. Matt Ridley, a Lord of the realm and GWPF supporter popped his head round the door and then swiftly exited.

Audience members nodded attentively. Eyes closed, hands raised – as if conducting a séance – the professor cut to the chase.

“What we really have is an illusion of concreteness… a statement of aspiration,” he said. Was he talking about his presentation, or the UN’s new climate deal?

It wasn’t clear. It was all a little confusing.