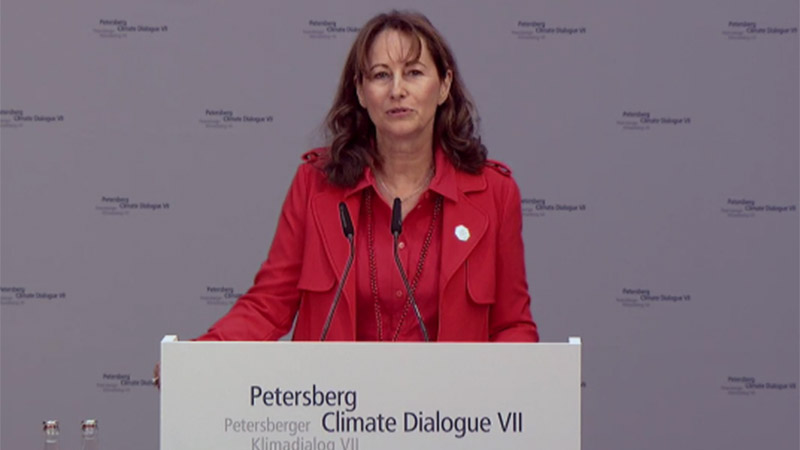 The European Union could formally approve the UN’s new greenhouse gas slashing deal by the close of 2016, France environment minister Segolene Royal told a meeting of climate envoys on Monday.

Royal said proposals would be put before heads of state at the next council meeting, with an aim of having the bloc ratify the Paris agreement this autumn.

“European countries have a duty to ratify the Paris Agreement before the next conference of the parties in Marrakech,” she said in a speech to the annual Petersberg Climate Dialogue.

“­­The European Council should take a position on the subject of ratification before Marrakech. We need to have ratification for EU and each country member… it’s a big effort we have to deliver on.”

To come into force…
…the Paris climate deal needs 55 countries covering 55% of global emissions to formally ratify the deal with the UN. The US and China are among those to signal they will sign up this year. India has started work on joining the agreement.

Royal’s intervention underlines the French government’s frustration with many of its European partners over a lack of progress on ratifying last year’s UN deal to limit warming to well below 2C, supported by 195 countries.

The EU’s 28 member states operate as a single entity at global climate talks, meaning they have to sign up to any new deal at the same time.

So far only France and Hungary have gained domestic approval to join the agreement, while Germany announced today it will place its plans before ministers on Wednesday.

The position is further complicated by the UK’s referendum result to leave the EU, making it likely new calculations on splitting emission reductions among the remaining 27 member states will be required.