Environment Council meeting on Monday should be used to demand deeper reform, or risk locking in low ambition for 15 years 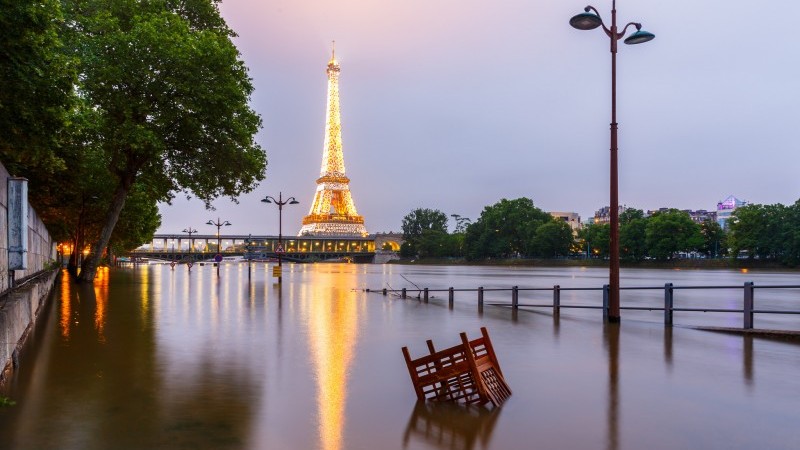 The pictures of a flooded Paris drive home the urgency of the climate crisis we are facing.

Just half a year earlier governments from around the world gathered in that city to agree on an ambitious global climate deal. Now the EU must show the world that it is serious about making the deal a reality.

At the Council meeting on Monday, EU Environment Ministers must make headway towards putting the Paris Agreement into action, speed up its ratification and call for an ambitious reform the EU emissions trading scheme (EU ETS).

The Paris Agreement was a milestone. All countries agreed that we need to take steps to limit temperature rise to 1.5C. Countries furthermore recognized that their current climate commitments, made in preparation of the Paris Summit, are inconsistent with this goal and therefore must be revised and improved.

The EU’s current 2030 target to reduce greenhouse gas emissions by at least 40% is not at all in line with the Paris Agreement. The 40% target is at the very low end of what EU leaders had already agreed years ago to be Europe’s contribution to keeping temperature rise around 2C.

Limiting warming to 1.5C will require the EU to move to the upper end of that commitment. This would mean a 2030 emission reduction target of at least 55%.

As a self-proclaimed climate leader, the EU must increase its inadequate targets now to remain credible and, more importantly, to ensure we do not miss the small window of opportunity we still have to stay below 1.5C.

This must include an ambitious reform of the EU ETS: the world’s largest carbon market, covering more than 11,000 industrial and power plants and about 40% of the EU’s greenhouse gas emissions. It sets a cap on the total amount of emissions, which is reduced over time. Within the cap, companies receive or buy permits to release carbon pollution.

For years, the ETS has suffered from a gigantic oversupply of pollution permits. As a result, carbon prices are too low to drive emission cuts.

By 2020, the surplus will have grown to 4 billion permits, which is more than the EU emits annually. This is due to the fact that Europe’s climate targets have been out of step with reality. The 2020 ETS target has already been reached.

The ongoing reform for after 2020 is the very last opportunity to make the ETS relevant. If the ETS is not boldly reformed it will at best remain an ineffective paper tiger and at worst, undermine other climate policies.

As it stands, cosmetic reforms proposed by the European Commission will lock in another 15 years of failed climate policy.

CAN Europe therefore calls on EU environment ministers to clearly state during the upcoming Environment Council that the ETS reform proposal  – developed before the Paris Summit – needs to be substantially improved.

This must include raising the 2030 ETS target in line with the Paris objectives. In addition, surplus pollution permits need to be cancelled. Such cancellation would represent a tangible contribution to this year’s UNFCCC facilitative dialogue on increasing pre-2020 action.

The unrelenting floods that have engulfed Paris and many other parts of Europe are a stark reminder of what is at stake.

CAN Europe calls on EU ministers to show the rest of the world that the EU understands the urgency and depth of the climate crisis and is willing to do its fair share to ensure the Paris goals can be met.