Why it’s wrong to label the Kyoto Protocol a disaster

Comment: The Paris climate agreement owes more to its predecessor than is commonly acknowledged – and that is no bad thing, writes Michael Grubb 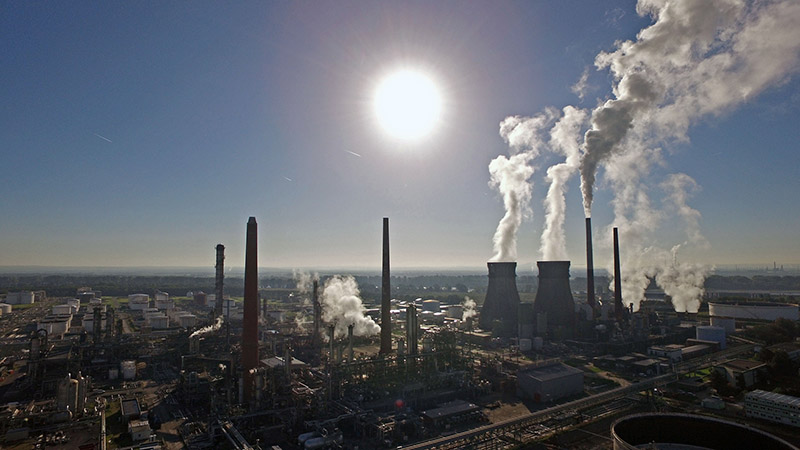 All 36 countries with emission caps under the Kyoto Protocol on climate change met their commitments, according to a study published on Friday.

The analysis – “Compliance of Parties to the Kyoto Protocol in the first commitment period” by Igor Shishlov, Romain Morel and Valentin Bellassen – is published in the Climate Policy journal of the Taylor & Francis Group.

Indeed, final data for national greenhouse gas emissions and exchanges in carbon credits (which only became available at the end of 2015) shows the countries signed up to the Kyoto Protocol collectively surpassed their commitment.

That would have been true even without a rapid emissions slump in Russia, Ukraine and other Eastern Bloc countries as they shifted to market economies, researchers found.

Of course, 100% compliance needs to be qualified by the non-participation of the US and the formal withdrawal of Canada (defended largely with reference to the refusal of its dominant neighbour to ratify), along with the fact that developing countries did not have quantified commitments.

Nevertheless, the significant efforts made by the EU, Japan and others demonstrate the extent to which international legal commitments matter. There is often scepticism about the importance of international law, and many critics claim that the Kyoto Protocol failed. The fact that countries have fully complied is highly significant, and helps to raise expectations for full adherence to the Paris Agreement.

Achieving these commitments – indeed, with substantial over-achievement in Europe – cost less than 0.1% of GDP for the European Union and an even lower fraction of Japan’s GDP. This is around one quarter to one tenth of what many experts had estimated compliance would cost after the agreement was reached in 1997, for delivering the targets set 15 years ahead.

What the study says

Most of these countries reduced their GHG emissions to the levels required by the Kyoto Protocol. Of the 36 who remained, nine  – Austria, Denmark, Iceland, Japan, Lichtenstein, Luxembourg, Norway, Spain and Switzerland –  used the flexibility mechanisms to comply, as their domestic emissions exceeded their targets. However, in most cases only by a small margin, and in total by around 1% of the average annual emissions capped under Kyoto.

It is clear that the participating countries, especially those in the OECD, did make substantial policy efforts with material impact. The outcome contrasts sharply with widely promoted forecasts at the time, for example a Stanford Energy Modeling Forum study in 1999 which projected (across 11 different models) that without action, west-European CO2 emissions would by 2010 grow by 12-55%, and Japanese by 20-33%, relative to the 1990 baseline. Relative to this, signing up to Kyoto looked like a huge commitment. Yet the former (EU-15 countries) ended up about 10% below; Japan, about 6% above.

Obviously the global recession from 2008 curtailed emissions – and may do much to explain the degree of overcompliance. But the EU’s efforts to ensure compliance were substantial; Japan’s expenditure through the international flexibility mechanisms, along with other OECD countries in the Kyoto system, even more so.  The fact that Japan managed to comply despite the closure of its nuclear stations after the Fukushima disaster remains testament to its large compliance effort before that.

Lessons for the future

The first significant conclusion is that international law matters.  A common assertion was that because there is no central authority with enforcement powers, the legal nature of Kyoto’s commitments were of little relevance.

The fact that Canada utilised the Protocol’s formal procedures for withdrawal – just weeks before the final deadline for meaningfully doing so – can be read in various ways. But it certainly showed that even the climate sceptic and UN sceptic government of Stephen Harper, having eschewed any pretence of trying to get Canada’s emissions under control, sought the legally legitimate route of withdrawal – which it justified largely on the grounds of US non-participation.

Another insight concerns the narrative about Kyoto. The Kyoto Protocol has come to symbolise many things, including a contest between a “Kyoto top-down” and “Paris bottom-up” image, to which recent narratives would tend to add “top-down = bad” and “bottom-up = good” respectively. The real distinction is, however, at best very fuzzy.

No-one imposed the Kyoto Protocol targets from the “top down”; the major countries arrived in Kyoto with emission target proposals that had been prepared domestically and announced internationally throughout the previous year, much like the Paris intended nationally determined contributions (INDCs).

The distinction was that at Kyoto, the big players sought a collective agreement with minimal differentiation – similar reductions from 1990 levels – and the final numbers were hammered out chiefly as a compromise between the US and EU positions: bottom-up, but with a degree of top-down pressure.

The subsequent US refusal to participate was partly motivated by the lack of targets for developing countries. This structure reflected the North-South division in the UN Convention itself. In fact progress towards delivering the Kyoto Protocol itself was a crucial factor enabling the world to move beyond that divide at Paris, for Kyoto was an embodiment of the industrialised countries’ obligation to lead, as agreed under the UN Convention.

Still, the post-Soviet surplus of emission permits granted to Russia and Eastern European countries under the Protocol’s range of carbon markets generated huge and acrimonious debate.

From Moscow’s perspective, those excess emission credits may not have been due to climate policy, but they were certainly not “free” as they reflected an incredibly painful economic collapse.

The rest of the world did not see it that way; most countries made more use of credits from developing country emission reduction projects through the Clean Development Mechanism.

The facts of huge surplus (particularly from macroeconomic transition), poor forecasting and complex roles for flexible mechanisms have implications both for the understanding of the Paris INDCs, and the risks and benefits of international emissions trading.

It seems apparent already that there are huge uncertainties in Chinese emission prospects and the Chinese INDC may be far surpassed as its economy undergoes radical macroeconomic transition, and established programmes on efficiency and renewables rise further in scale.

Consider then the parallel universe promoted by many economic theorists, in which an OECD carbon market would lead on to a globally linked market in 2020.

Such a hypothetical system might rapidly be swamped by a growing Chinese surplus, on a scale which could – during the 2020s – come to dwarf even the Russian surplus under Kyoto’s first period.

Kyoto’s outcome puts a spotlight on the differences, similarities and omissions between the Kyoto Protocol and the Paris Agreement. The most glaring differences are of course the global participation embodied in the nationally determined contributions – (NDCs – the “intended” being dropped upon ratification) – but with the emphasis of legal commitments on the processes rather than outcomes, along with global goals.

There is real and legitimate concern about whether many developing countries have adequate governance to implement their NDCs. The lack of quantified binding obligations with compliance procedures is unlikely to help in this.

At the same time, with global participation of countries at all stages of economic and institutional development, and the correspondingly large uncertainties, the emphasis on softer law review and ratcheting embodied in the Paris agreement has much to commend it.

A big omission is the lack of common metrics and accounting system underpinning the NDCs. Comparability, and even meaning, of the NDCs will be contested and more difficult than the numerical clarity of Kyoto.

Yet the Paris text is replete with commitment to avoid double counting, and its emphasis on transparency already goes some way towards enabling common approaches.

Indeed the similarities are also profound. Countries can offer or negotiate goals, not domestic implementation policies. So just like Kyoto, that is where we ended up at Paris.

The NDCs, moreover, are to be reviewed (and extended as appropriate) every five years, just as under the Kyoto Protocol. The Paris Agreement’s commitment to facilitate delivery of NDCs echoes the facilitative branch of the Kyoto compliance mechanism.

In many ways, the relationship between the two agreements can be cast in many diverse lights. But achieving 100% compliance with the first set of binding commitments under the climate change regime, whilst learning the many lessons, along with a world reunited at Paris, is not such a bad place to be – even if it took us quarter of a century and many political traumas to get here.