The G20 needs to lead on deep decarbonisation pathways

COMMENT: For the world to meet a goal of zero net emissions by the second half of the century, it needs to know where it’s going: charting that route starts in 2016 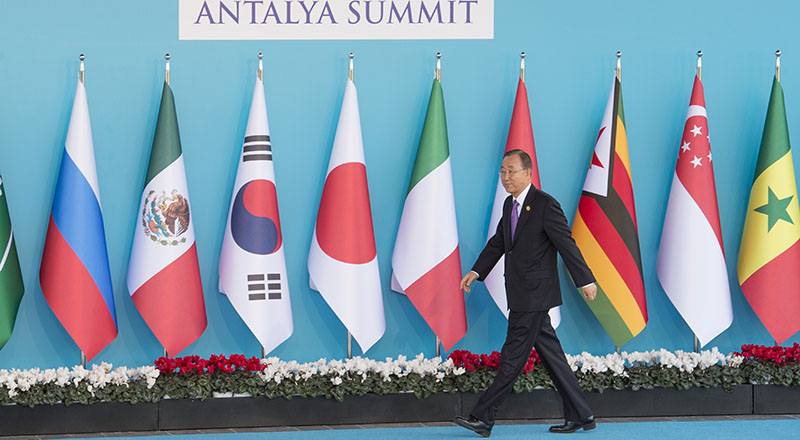 By Thomas Spencer and Henri Waisman

After Paris, the core focus is the implementation of country climate plans allowing an immediate shift of incentives and investments required by the national targets.

However, it is also widely recognized that current nationally determined contributions (NDCs) are inadequate to achieve the below 2C goal.

They also risk locking the world into high emission trajectories that do not incentivise the necessary infrastructure and technology innovation and deployment.

How are we to combine immediate NDC implementation with the need to strengthen the ambition they entail?

And how can we ensure that actions taken today avoid closing options to deeper emissions cuts and open the necessary options to reduce emissions in the longer-term?

To reconcile these two agendas, policy-makers must take concrete short-term actions towards NDC implementation but put them in the context of their impacts on the emission reduction potentials over several decades.

To do so, ‘strategic implementation’ must be prioritised that compares short-term actions with clear benchmarks of the required long-term deep decarbonisation pathways.

The invitation for all countries to develop these “ long-term low greenhouse gas emission development strategies” is reflected in the Paris agreement in article 4.19.

Mark Carney, governor of the Bank of England and chair of the Financial Stability Board, has suggested that companies should also develop such long-term strategies for  financial and private sectors to better anticipate the future development of policy, technology and crucial markets.

Report: What does ‘deep decarbonisation’ really mean, and is it possible?

This is why, even before signing the Agreement (it opens for accession on 22 April), some major players have already expressed their commitment to develop long-term strategies.

France and China made a joint announcement on 24 February about their intention to submit by 2020 their long-term plan to 2050.

The USA and Canada, in a joint statement published on 10 March, committed to complete their mid-century strategy in 2016 and to pushing their G20 colleagues to do the same.

The UK is working on inscribing the zero carbon objective into its domestic legislation, and Japan has recently released a draft climate plan confirming the objective of 80% reductions by 2050.

These developments now need to be broadened to other countries, and there should also be a minimum of transparency and structure to the long-term plans that countries come up with.

The G20 forum is a crucial place where this idea should be promoted in order to ensure that a sufficient number of countries are actually adopting the same approach, which is the pre-condition to scale up the mutual learning and the identification of concrete cooperation, the two keys towards concrete implementation and enhanced ambition.

China, this year’s G20 president, has already floated the idea that G20 member states could be invited to formulate implementation plans for the so-called 2030 agenda, which encompasses the sustainable development goals (SDGs) and the Paris Agreement’s targets.

Deep decarbonisation of the world’s top emitters is technically feasible and achievable with economic and population growth. To ensure the world embraces a comprehensive strategy to tackle climate change, work on these plans must start now.

Thomas Spencer, is Climate Programme Director at IDDRI (Institute for Sustainable Development and International Relations). Henri Waisman is coordinator of the DDPP Project at IDDRI