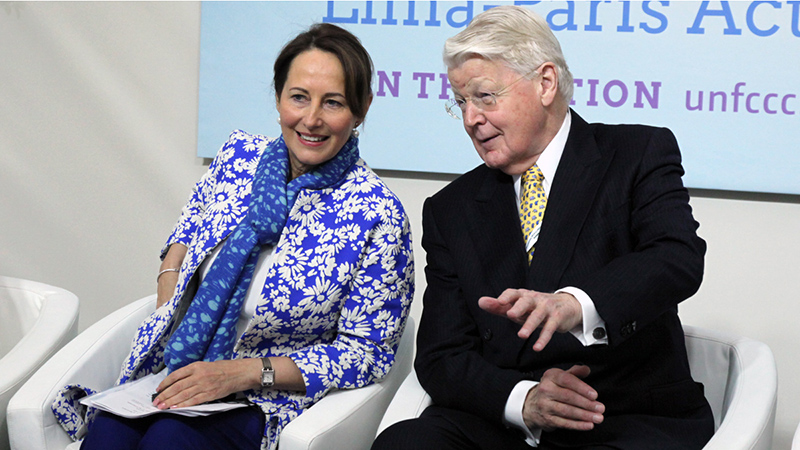 Segolene Royal, Minister of Ecology, Sustainable Development and Energy with the President of Iceland in December at the COP21 talks (Photo by IISD/ENB)

France’s environment minister replaces Laurent Fabius, a distinguished politician credited in part with last December’s summit outcome. He resigned the post on Monday after questions were raised over its compatibility with his recent appointment to France’s constitutional council.

In Paris, Fabius steered 195 nations to a landmark deal to curb carbon emissions to halt dangerous climate change. Royal led the “agenda of solutions”, chairing side events on cities, business and oceans at the two-week summit.

In her new role, Royal will be responsible for keeping climate diplomacy ticking over until France hands over to Morocco at November’s Marrakech summit.

Very honored to become President of #COP21. Let's build on the results of the Paris conference @UN @UNFCCC #ActOnClimate