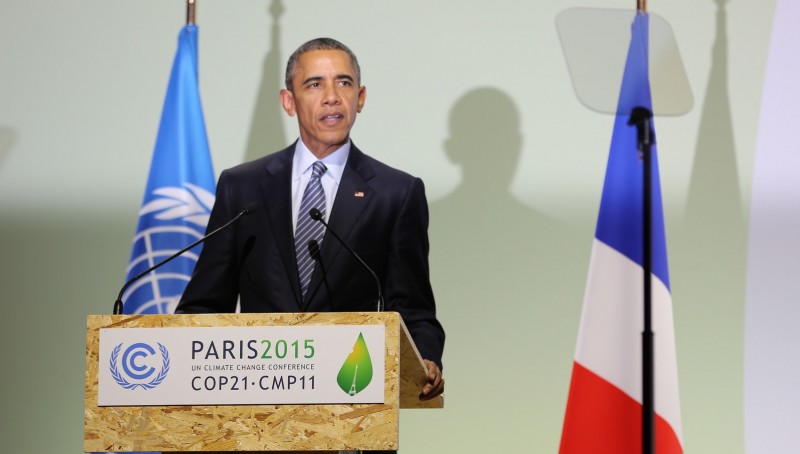 Barack Obama’s use of executive powers to bypass Congress on climate policy has already angered US Republicans.

They are going all out to destroy his clean power plan, accusing the president and federal agencies of overreaching their authority.

But a group of environmental lawyers is arguing he can – and should – go further to impose emissions cuts on states, now a UN climate pact has been agreed.

Existing policy measures are not projected to deliver on the US target: a 26-28% cut in emissions from 2005 levels by 2025. And Republican contenders for the upcoming presidential election are universally dismissive of climate concerns, raising fears the momentum of Obama’s term could be lost.

December’s Paris agreement empowers Obama to use his last year in office to close the gap, say experts from Columbia Law School, the Emmett Institute and Institute for Policy Integrity.

Report: Clinton, Sanders vie for green credibility in US primaries

Their case is based on section 115 of the Clean Air Act, “an untapped but potent source of federal authority”. Designed to help the US cooperate with other countries on international air pollution, the provision can also apply to global warming.

It allows the Environmental Protection Agency (EPA) to mandate emissions cuts from each state to protect public health and welfare, under certain conditions.

The Paris deal, under which nearly 190 countries have submitted plans to curb their climate impact, means those conditions are met. It shows others are prepared to reciprocate US efforts.

One way the EPA could put this into practice is to set up a nationwide emissions trading scheme. This, the lawyers write, “would arguably provide the most effective and efficient means of furthering climate action in the United States in the absence of new legislation”.

Brian Potts, lawyer at Foley & Lardner, independently endorsed that opinion in an article for Politico. The provision “raises important questions about national sovereignty and states’ rights — questions that Republicans would undoubtedly use to try and kill such a proposal,” he wrote. “But the benefits of using this mechanism dwarf those concerns.”