Common ploy by hosts in the past has been to crack the final, critical issues in smaller groups of as few as five of the most relevant, affected or powerful countries 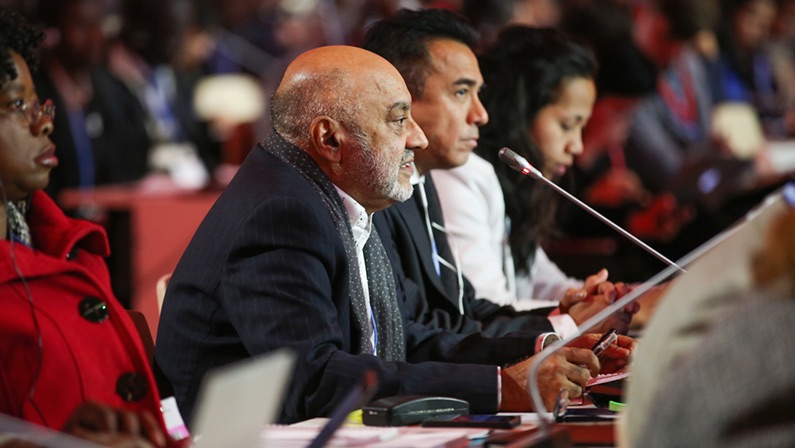 Climate talks in Paris may enter a new phase on Thursday, after all-night talks ended without further progress.

The French president of the talks, foreign minister Laurent Fabius, could now signal a change of tack, and take closer control.

The two-week Paris conference is meant to conclude on Friday with a new global agreement on climate change, to put in place a long-term process to cut and ultimately eliminate greenhouse gas emissions.

The three main outstanding bottlenecks are, first, how to share responsibility for tackling climate change between developed and developing countries, called “differentiation”.

Second, how to raise the necessary finance to build low-carbon infrastructure and protect more vulnerable nations; and third the overall ambition of the agreement, including a long-term goal.

The Paris talks are a result of four years of direct negotiations on this agreement, and more than two decades of global talks on climate change under the United Nations.

Past climate conferences have famously, repeatedly, gone to the wire.

A common ploy by national hosts in the past has been to crack the final, critical issues in smaller groups of as few as five of the most relevant, affected or powerful countries.

That is a risky approach, for sure, given that UN agreements are made by consensus: nations are suspicious of having decisions forced upon them.

Most famously, the last major conference in Copenhagen in 2009 collapsed after the Danish hosts sprang upon a bad-tempered summit a surprise text, which they had composed themselves.

However, the climate talks in Paris could not be more different: the French hosts have accumulated, thus far, unanimous praise and goodwill for their tact and diplomacy.

Fabius, president of the talks, may therefore be emboldened to convene, himself, smaller groups of countries to resolve the final sticking points, and push the conference to a final agreement.

Thus far this week, the talks have involved many or all nations, negotiating in separate sessions on the seven main aspects of a prospective agreement, with each session led by ministers from many different nations.

On Wednesday night, the talks divided in two, with up to 100 ministers negotiating directly with each other.

Given the lack of progress using that mass approach, the French hosts may now take control, and chair smaller groups of nations themselves, to clear the three main outstanding hurdles, on differentiation, finance and ambition.

That approach could help smooth differences, given that the three remaining problems are tangled, each depending on the other, and so may be best resolved by discussing in concert, rather than separately.

Such a new phase would be entirely in keeping with the process historically, rather than a cause for alarm, and given the harmonious atmosphere to date in Paris, could break the impasse.