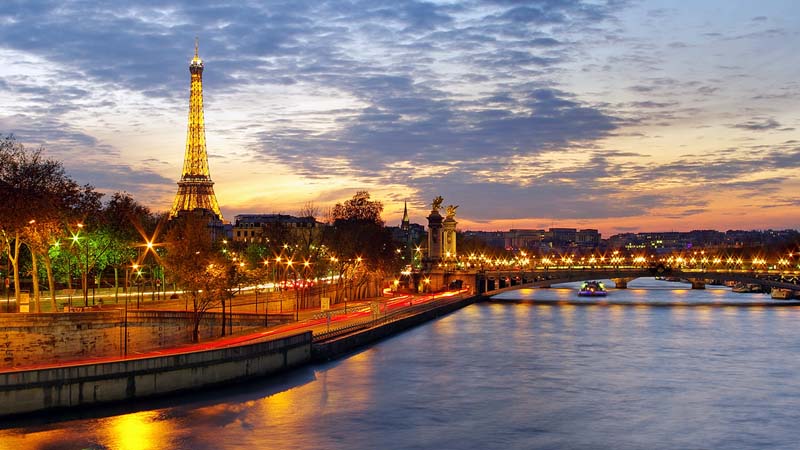 UN climate talks could start a day earlier than planned, after officials charing negotiations suggested the 195 countries taking part should meet on Sunday 29 November at 5pm.

“Ensuring the most efficient use of time available for negotiation and group coordination is crucial to achieve the successful outcome in Paris that is desired by all,” reads a scenario note to delegates on the UN climate body’s website.

“To this end we encourage Parties to use the remaining time prior to the opening of the session to reach out to your negotiating partners to develop concrete textual proposals for outcomes that address the full range of expectations and needs and create the foundation of an outcome acceptable to all.”

A number of deadlines throughout the two weeks to speed progress have also been issued. The first calls for a “consolidated revised version of the draft agreement” to be made available on Friday 4 December at 0800, while work on the text must be finalised by 10am on the Saturday so ministers can start cleaning up areas of contention on the Monday.

World leaders will be heading to the opening day of talks in Paris in their hundreds… according to the French government 138 are slated to attend.

“That itself will be a political statement, a reply to cowardice of terrorism” said India environment minister Prakash Javadekar after a meeting in Delhi with France foreign minister Laurent Fabius.

That sentiment was backed by US president Barack Obama, who said it was vital to show terrorists “we are not afraid”.

“I think it’s absolutely vital for every country, every leader, to send a signal that the viciousness of a handful of killers does not stop the world from doing vital business,” he added.

Fabius’ trip to Delhi was productive, according to Javadekar, who has been known to talk tough on the prospects of any agreement.

“We would like to be positive and we will play or rule proactively,” he said. The countries “discussed and ‘brainstormed’ many issues to find landing zones and we have succeeded to a great extent” he added.

[The] “success of Paris will indicate a move forward from Kyoto – that all countries have given INDCs, every country is taking action. There will not be backsliding, there will be progression. I’m sure Paris will succeed – we are very hopeful.”

…came out late Sunday from the Canadian province, which is home to some of the world’s largest oil reserves. Highlights include an emissions cap on tar sands production, a coal phase out by 2030, methane reductions and moves towards a C$30 price on carbon.

Here’s Anthony Swift from the National Resources Defense Council: “By setting limits on tar sands emissions, Alberta is marking an end to the era of unfettered expansion of the tar sands and is a promising first step for the province’s economic transition to a strong, diversified economy sustained by clean energy sources.”

So the Paris climate march on 29 November is off due to security concerns, but organisers insist undreds of thousands of people around the world will take to the streets in more than 2000 events in 150 countries to turn up the heat on leaders heading to Paris.

Here’s a snippet from an email sent by the 350 campaign group: “No matter what, citizens’ voices will be heard – including in the streets of the French capital as activists explore creative ways forward. The Summit is set to deliver a comprehensive climate agreement which should scale up the transition to 100% renewable energy.”

Thousands are expected to take part in demonstrations in London, China, Japan, India, Egypt, the US, Brazil, Germany and Australia.

WATCH: UK-based Channel 4 News will be reporting all this week from Bangladesh in their build-up to Paris. Here’s a taster…

Ahead of @COP21 – @jonsnowC4 and @TomClarkeC4 are live in Bangladesh on @Channel4News tomorrow night from 7pm https://t.co/6BEh6vZbOS

That’s the call from former Labour leader Ed Miliband, who led negotiations for the UK at the 2009 Copenhagen climate summit. Writing in the Guardian he says PM David Cameron should lay down the low carbon gauntlet:

“The right step now would be for Britain to become the first major country to enshrine net zero emissions in law, with the date determined by advice from the independent Committee on Climate Change… This would be consistent with the government’s support for zero emissions at G7 level and would show our determination to face up to this existential challenge.”

Oxfam’s executive director has warned rich countries they need to radically boost their finance offer for the Paris climate summit to be a success.

Winnie Byanyima specifically wants commitments to bolster support for coping with extreme weather and rising sea levels to US$35 billion a year by 2020, $50bn by 2025 and $100bn by 2030.

“Without adaptation funding there isn’t a deal,” she says in an interview with Climate Home, insisting contributions have to come from public funds and in the form of grants, not loans.

The calls from Riyadh for a global climate deal to be gentle are getting louder and louder. Weekly emails to journalists insist they all remember “that Saudi Arabia is a developing country.”

They’re right – under 1992 UN architecture the Saudis are classed as developing, although it’s now a hard sell for a nation with the world’s 11th highest GDP.

Here’s a taster of what we can expect – this week from Khalid M. Abuleif, Saudi Arabia’s Lead Negotiator.

“When we say ‘adapt’, it means that it is obvious that we cannot continue to be too dependent on revenues from one resource for the next 40-50 years. We have to find the ways and the means to convert that resource into other values that could continue to move on and carry this economy forward to achieve sustainable development for the Kingdom.

“We do have a CO2 constrained world, but what is most important for Saudi Arabia is the rate of adapting to that effort.”

The fight against a global deal is raging in DC… with Republicans queuing up to blow up the tracks before envoys have even landed in Paris (we covered this last week).

Green groups are starting to fire back – starting with the Sierra club. Expect a lot more of this through December.

“This is just another desperate, and ultimately futile attempt to derail action to tackle the climate crisis by extremist Senators who are putting themselves in opposition to religious and moral leaders like Pope Francis and the Dalai Lama, the 164 countries who have submitted climate action plans already, dozens of major U.S. corporations calling for climate action.”

Coming up this week