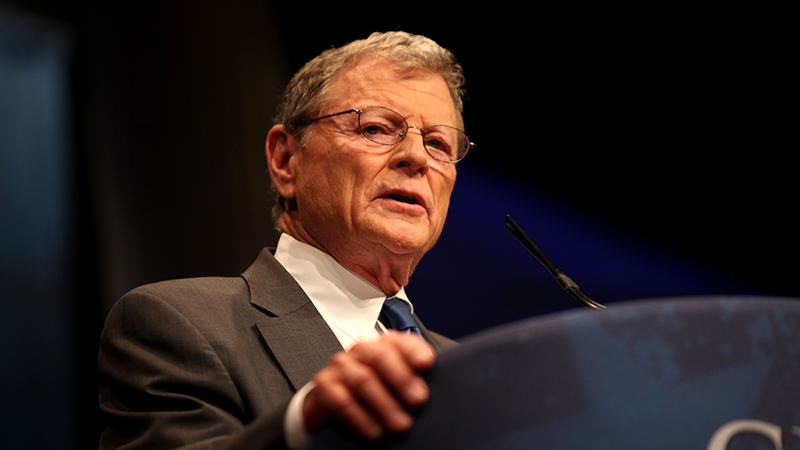 Republicans are grappling to erode US climate credibility ahead of December’s Paris climate conference as payback for their exclusion from negotiations by President Barack Obama.

Unless the Republican-dominated Senate gets a vote on an anticipated new climate agreement, it won’t release the $500 million first tranche.

America’s contribution to the fund underpins its hard-won credibility among developing nations, who want evidence of finance before signing an accord in Paris next month.

Power of the purse

On Thursday, 34 senators including leading climate sceptic Jim Inhofe signed an open letter vowing not to award funds without the Senate’s “constitutional advice and consent.”

“While the Executive Branch and Congress both play an important role in the foreign policy of our nation, Congress ultimately holds the power of the purse,” it read.

Report: Green Climate Fund chief confident US will stump up

It is another bid to turn the screw on Obama’s climate leadership, following resolutions on Tuesday to repeal his centrepiece Clean Power Plan.

The administration is confident the cash will be provided. Secretary of state John Kerry told the Financial Times last week the issue could be exchanged for other items in the US budget, while Obama may veto it through.

A government shutdown is looming unless Congress agrees funding for federal agencies on December 11, the day a new pact is slated to be signed in Paris.

Almost 200 nations are expected to sign a new global warming accord binding all to make greenhouse gas cuts from 2020.

For the most vulnerable, finance has to be on the table. Six years ago, rich countries promised to mobilise $100 billion a year from 2020.

Elliot Diringer at DC think tank C2ES, and a former adviser to Bill Clinton said more is likely to be pledged.

“[F]or me it’s a little hard imagining how we can get an agreement without a collective finance goal,” he told a reporters’ briefing this week.

Calls for increased foreign aid commitments from developed countries as a result of a UN deal are fanning Republican attack lines.

Oren Cass, a fellow at the Manhattan Institute for Policy Research and former chief adviser to 2012 presidential candidate Mitt Romney, said the US would barter away bigger commitments to prevent a deal collapsing.

He told a Senate committee on the Paris talks this week: faced with the choice of Paris collapsing, “US negotiators will say, ‘Yes, we will find a way to get the money.’”