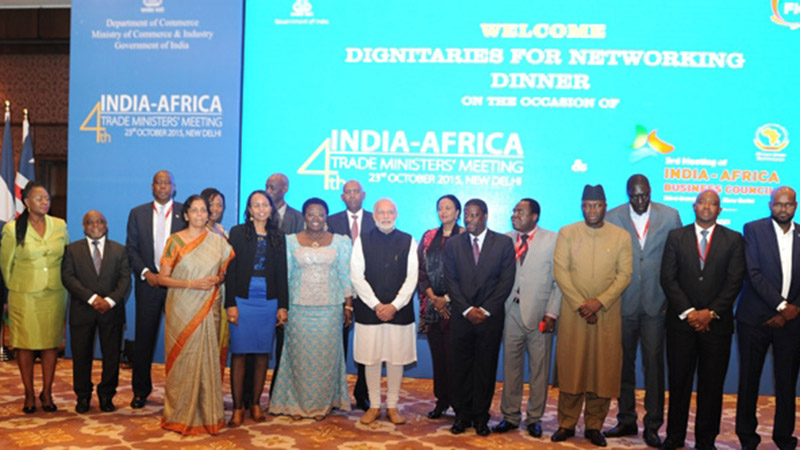 India is inviting African nations to join a solar power alliance at critical UN climate talks in Paris on 30 November.

Prime minister Narendra Modi made the bid for clean energy cooperation at a summit in New Delhi, attended by 41 African heads of state.

Climate change was a core theme in his speech, which outlined common ground between nations representing a third of the world’s population.

Modi said: “When the sun sets, tens of millions of homes in India and Africa become dark. We want to light up lives of our people and power their future.

“But, we want to do it in a way that the snow on Kilimanjaro does not disappear, the glacier that feeds the River Ganga does not retreat and our islands are not doomed.

“No one has done less to contribute to global warming than India and Africa. No one can be more conscious of climate change than Indians and Africans.”

Solar power is a pillar of India’s commitment to cut its carbon intensity – emissions for each unit of GDP – 33-35% by 2030. It aims to install 100GW worth of panels by 2022, plus 75GW of other renewable technologies.

And it features in many African national contributions to a UN climate deal. Worldwide, 155 out of 195 countries have submitted climate pledges.

He called for a “concrete and comprehensive” climate deal in Paris, based on the “well established principles” of the UN convention.

That was a coded reference to language that puts the onus on rich, historic polluters to take most responsibility for tackling climate change – a frame that the developed world is pushing back on as emerging economies increase their share of emissions.

Reflecting on India and Africa’s young and growing economies, Modi also demanded UN reform, including a voice on the security council.

And there were finance promises: US$10 billion worth of concessional loans over the next five years and $600 million in grants.