‘Solemn commitments, however, are not enough, even though they are a necessary step toward solutions’, Pope Francis tells UN 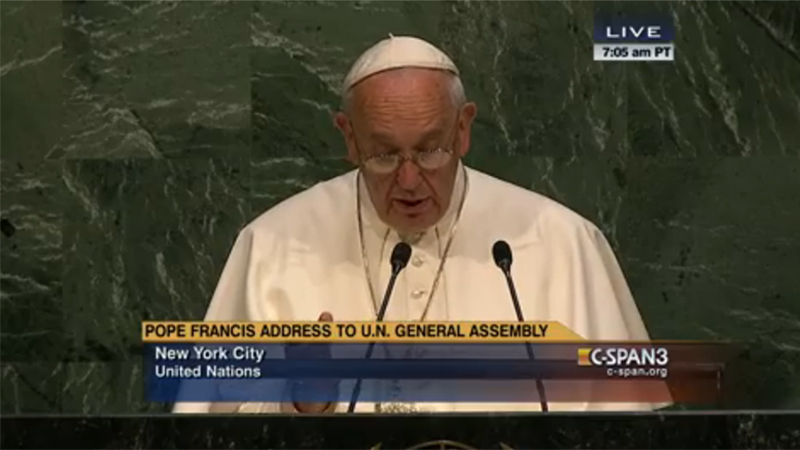 The Pope has said he is “confident” a crunch conference in Paris in December will secure “fundamental and effective” agreements on global warming.

Speaking at the UN headquarters in New York on Friday – the day new global development goals are formally adopted – he warned that “solemn commitments” were not enough alone to save the planet.

Almost 200 nations are set to sign a new global deal to cap warming to 2C by 2100 in Paris in December. The leader of the Catholic church has made several bullish interventions, calling for individuals to conserve the planet which, he says, lies in a state of decay.

The Pope called the adoption of new Sustainable Development Goals a “sign of hope”  that countries could tackle worldwide inequality and social exclusion.

They are a universal set of voluntary targets and indicators that 193 UN member states will be expected to use to shape their agendas and policies over the next 15 years.

The Latin American pontiff referred several times to an “ecological crisis”, and declared a “right to the environment”, which man had no authority to abuse.

The address to the UN marks his third and final speech in as many days on American turf, as his six-day tour makes headlines.