Joss Garman: What does a successful Paris climate deal look like?

If governments do not agree what is necessary to stay below the 2C threshold, will the Paris summit have been a failure? 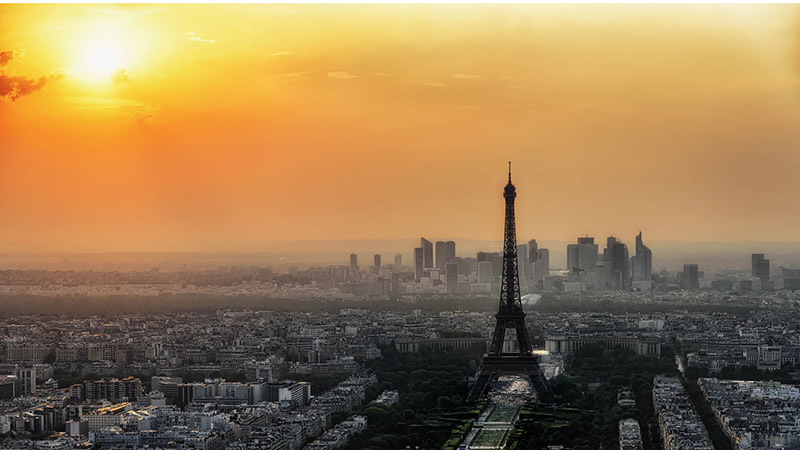 David Cameron’s energy and climate change secretary Amber Rudd has identified the job at the Paris meeting as being ‘to keep the global two degrees goal within reach’.

John Podesta – the architect of President Obama’s climate reforms and the man now running Hillary Clinton’s bid for the presidency – has similarly identified the task as being ‘to give leadership and credibility to that effort’.

To this end, it can be argued that the UN climate process has already been a success. The road to Paris has already prompted promises from countries around the world that very probably would not otherwise have been made, and certainly not within this timeframe.

Establishing the confidence and conditions required to enable each country to do more than it would do otherwise is what climate diplomacy, and these talks, are all about. While the ‘ambition gap’ on emissions will not be closed altogether at the Paris summit, the result of the pledges made already is that the global carbon pollution curve should at least begin to bend in the right direction.

Over the last few months, as a consequence of these international talks, we’ve seen a stream of announcements from rich and poor countries – from Gabon and Andorra to China and the United States – putting in place new goals for cutting the output of greenhouse gases and moving onto a more sustainable development path.

These targets have often been made binding through national laws like the UK’s Climate Change Act. Almost 500 climate laws have already been passed in 66 countries that together account for 88 per cent of global emissions.

Alongside these laws come new schemes to actually implement decarbonisation plans by driving change in the real economy. These are the means by which the headline carbon targets that politicians agree nationally and internationally will intersect with global capital flows and drive the shift away from fossil fuel use and towards the alternatives.

These mechanisms will take many forms, including clean energy subsidies, efficiency standards for cars and buildings, carbon taxes, and reductions in financial support to incumbent fossil fuel industries.

For example, following intensive talks with the US, the commitment that China has made through the UN process will require the country to deploy an additional 800–1,000 gigawatts of nuclear, wind, solar and other zero-emissions generation capacity by 2030.

This amount is equivalent to more than all the coal-fired power plants that exist in China today, and close to total current electricity generation capacity in the US. Beijing’s pledge to peak China’s national emissions before 2030 will also require new policies to ensure a structural shift away from burning coal.

Similarly, to meet the carbon target Obama announced, the US will need to continue its shift away from coal-fired power generation and improve the efficiency of the nation’s cars and trucks.

The binding nature of America’s new national carbon rules, the authorisation granted for them by the Supreme Court, and the effect that they’re already having on state-level regulations and investment flows, together mean that the direction of investment towards cleaner and more efficient technologies is now established and likely to stick.

Even in the event that a sceptical Republican administration took control of the White House in 2016 and sought to deliberately slow the pace of the transition, Obama’s reforms mean some climate progress is now locked in.

The varying political economies across, and even within, different countries and regions – typified by the opposition to climate policies from the US Congress, and the well-known power of the dominant industries within that country – partly explains why the Paris summit will never result in a global harmonised carbon-pricing regime of the kind many economists and some major energy companies have often advocated as their favoured response to the climate crisis.

Nor will governments agree a science-based global carbon budget that assigns top-down targets to countries and is wholly ratified in international law – something that has been the long-held wish of many campaigners.

The outcome of the multilateral process will instead be a patchwork of national and regional arrangements that are rooted in the realities of what each government has deemed possible and favourable in their part of the world.

So what remains to be decided? For the conclusions of the Paris talks to be seen as credible, at the very least leaders still need to clarify that their shared goal is to phase out unabated fossil fuel use entirely within the next century.

The gap between this extraordinarily challenging aim and what the world is likely to agree to in the short to medium term means that it will also be crucial that leaders decide upon a means by which collective ambition can be ramped up in future – until the job is done and climate safety is secured.

This will require new measures that will align international aid and private financial flows with these objectives, and stop investments into dirty energy infrastructure that could otherwise put these aspirations beyond reach.

The draft UN text for Paris contains the necessary clauses that, if agreed, could secure precisely this kind of package. G7 leaders recently supported a total phasing out of all unabated fossil fuel use over the course of this century. Some emerging economy leaders, such as President Rousseff of Brazil, have offered their support to this goal too.

If in Paris other world leaders were to sign up to this ultimate objective it would provide a landmark in the talks and set a benchmark against which all current and future policies could be judged.

The US and many African and Latin American countries are advocating a mechanism that would require each party to the agreement to revisit and resubmit its national plans to the UN every five years. This could draw regular and worldwide attention to the climate ambition deficit.

As the cost of clean technologies continues to fall, and as technology improvements make deeper carbon reductions increasingly feasible and affordable, this sort of approach would provide a regular opportunity to capture this increased potential and ratchet up the international effort over time.

Of course, everybody also wants the agreement to give confidence that countries will deliver what they promise. The US won’t do anything without China taking verifiable steps, and vice versa; similarly, climate policy advocates here in Britain will be all too familiar with those critics who have long argued that our efforts are pointless unless we can know that more is happening in the ‘G2’.

For these reasons, clinching agreement on a stronger set of common rules for how to account for different kinds of greenhouse gas pollution and how to check that emission reductions are actually happening will be essential for the deal to have real integrity.

Without rules like these it could prove very difficult, even impossible, to compare one country’s climate commitments to another’s, or to compare the world’s collective effort against what is required.

Finally, if developing countries are to avoid the polluting growth pathway that industrialised countries have historically followed – a pathway based on deforestation and the burning of polluting fuels like oil coal and gas – then aid flows will need to support cleaner development opportunities, as well as adaptation activities such as the construction of sea walls and the hurricane-proofing of schools.

The Paris summit must also send a sufficiently strong market signal to businesses that the private sector more widely begins to align its investments into the kind of profitable projects that will complement rather than undermine the wider climate effort.

Given that addressing the carbon problem requires wholesale transformation of the global energy economy to shift trillions of pounds into less polluting energy and transport infrastructure, and into more sustainable forestry and agricultural practices, it is hardly surprising that it should take more than a couple of UN summits to realise.

As President Obama described in a recent interview in the New York Times: ‘It’s not going to happen as fast or as smoothly or as elegantly as we like, but, if we are persistent, we will make progress.’

The Paris summit should mark a milestone in that progress, but only insofar as the discussions and agreements made there will lay the foundations for what happens next.

Much more than the road to Paris, it is the road from Paris and the pace of the changes that are wrought in the real economy over the coming decades that will ultimately determine whether or not humanity manages to avoid the most dangerous impacts of our fossil fuel dependence.

Joss Garman is associate director for climate change, transport and energy at the left of centre UK think tank IPPR. Follow him on twitter @jossgarman